“..Singapore is a wealthy city state in south-east Asia. Once a British colonial trading post, today it is a thriving global financial hub and described as one of Asia’s economic “tigers”. It is also renowned for its conservatism and strict local laws and the country prides itself on its stability and security…”

Crazy Rich Asians crazyrichasiansmovie.com
Crazy Rich Asians (2018)
PG-13 | 2h | Comedy , Romance | 15 August 2018 (USA) imdb.com
Crazy Rich Asians (film) From Wikipedia, the free encyclopedia
“..The film received positive reviews from critics, with praise for its performances, screenplay, and the production and costume design. It is the first film by a major Hollywood studio to feature a majority Asian American cast in a modern setting since The Joy Luck Club in 1993.[3] As of October 2018, the film had grossed over $236 million worldwide, making it the highest-grossing romantic comedy in a decade.[4] A sequel is in development. ..” 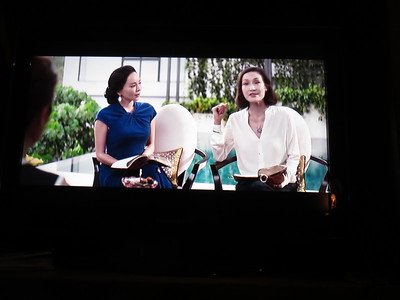 5 Must-Visit Food Places In Singapore As Mentioned In Crazy Rich Asians guide.michelin.com
“.. Salivate over these lip-smacking food references in the novel-turned-Hollywood movie on the lifestyles of the rich and famous in Singapore. .

The romantic comedy, which stars Constance Wu and Henry Golding, is also a watershed film. It features an all-Asian ensemble cast that includes actors from Singapore, Malaysia, the Philippines and the US — a first for a major Hollywood film since The Joy Luck Club (1993)….”

“As a Filipino actor, I’m very proud to be a part of the cast of this big Hollywood movie,” Santos says in the video.

Places to visit in Singapore