Back to the Future, Trailer

10 Things You Never Knew About BACK TO THE FUTURE – YouTube

Top 10 Back To The Future Trilogy Moments

Back To The Future Making Of Documentary Part 1

Back to the Future – Where it was Made
https://www.youtube.com/watch?v=lbh73pM0ZLI
*rejected 40x (e.g. Disney) before it was produced

Back To The Future Documentary Ch.1-Part 4- Casting About

The Making of Back to the Future Part II

Back to the Future: Behind the Scenes 30th Anniversary Bonus Features

FTWvsWTF
Published on Sep 1, 2018
Beloved cast members from “Back to the Future” and its sequals reunite onstage at Fan Expo Canada for a very special evening.

Back to the Future is a 1985 American science fiction film directed by Robert Zemeckis and written by Zemeckis and Bob Gale. It stars Michael J. Fox as teenager Marty McFly, who accidentally travels back in time to 1955, where he meets his future parents and becomes his mother’s romantic interest. Christopher Lloyd portrays the eccentric scientist Dr. Emmett “Doc” Brown, inventor of the time-traveling DeLorean, who helps Marty repair history and return to 1985.

Tom Wilson answers all of your Back To The Future questions in one handy postcard Sean O’Neal 5/11/12 12:25pmFiled to: FILM news.avclub.com
“..By the way, those who have checked out Wilson’s YouTube channel will recognize the above as a longer, less musical version of the below longtime staple of his comedy set. Our takeaway from today: Wilson came up with Biff’s “Make like a tree” line, and Michael J. Fox is nice. [Letters Of Note via Gawker]..”

Hollywood Goes to Church Published Jan 26, 2015 in Uncategorized ~ Approx 7 mins thejesuitpost.org
“..I’ve been grateful for that opportunity with Tom Wilson, who’s perhaps most best-known for his role as “Biff Tannen” in the Back to the Future trilogy. Tom is an artist in the full sense of the word. He has been in other films, TV shows, and comedy shows/specials. Moreover, he is a prolific photographer and painter, and has been invited to speak at many conferences and retreats on various topics of faith. Most importantly, however, he is a loving husband and father of four. I’ve been blessed to know them for the last ten years, and he has taught me many things in that time. I recently had the chance to sit down with Tom and interview him about his faith journey, his road to Hollywood, and how his Catholic faith influences his work…”

Lea Thompson Talks Back To The Future

Crispin GloverActor | Soundtrack | Producer imdb.com
“..While he’s never been a typical leading man, Crispin Glover has distinguished himself as one of the most intriguing personalities in the movie business. His unusual characters and personal projects have inspired a cult-like following that has dubbed him both madman and genius. The son of actor Bruce Glover, Crispin Hellion Glover was born in New … See full bio »
..”

Crispin Glover interview – Back To The Future – YouTube
https://www.youtube.com/watch?v=xg7WEMlM_t8
*explains himself on the “misconception” that he was trying to ask for more money..

Why Crispin Glover never did Back To The Future Part II denofgeek.com
“..You don’t need us to tell you that Crispin Glover was one of those who appeared in Back To The Future, but never returned for the sequels. Why? Well, depending on who you’re talking to do, it had to do with money, Glover not wanting to do it, Robert Zemeckis not wanting him, difficult behavior, or perhaps a dodgy horoscope. And a lawsuit. Who knows?…

Before he got to that, he touched on the fact that he appeared in Back To The Future Part II without his consent, and how unhappy he was with that. “They had taken the moulds of my face”, he said, “from the old age make-up from the original movie and put another actor into prosthetics that were made from my face, and interspliced with a very small amount of footage of me from the original movie in order to fool audiences into thinking I was in the movie”, he recalled. This led to a Crispin Glover winning a lawsuit that prevents such a thing happening again.

“I was asking questions that the producers, director didn’t like. There was a different end … I had questions about it, and it did get changed”, he recalled.

He noted that he wasn’t the only person asking questions about the original ending “It had to do with money, and what the characters were doing with money … I said to Robert Zemeckis I thought it was not a good idea for our characters to have a monetary reward, because it basically makes the moral of the movie that money equals happiness”. Glover argued “the love should be the reward”, and “Zemeckis got really mad” over Glover’s questioning….

He did refute something that producer and co-writer Bob Gale is said to have said. Gale apparently said that “I had asked for the same amount of money as Michael J Fox … it’s a total fabrication”. Money was still a problem, though. “I wanted to be in the movie, but the offer was less than half of what Lea Thompson and Tom Wilson – who had similar sized roles – it just wasn’t fair”…”

Michael J. Fox discusses “Back to the Future” – EMMYTVLEGENDS.ORG

MICHAEL’S STORY michaeljfox.org
“..Though he would not share the news with the public for another seven years, Fox was diagnosed with young-onset Parkinson’s disease in 1991. Upon disclosing his condition in 1998, he committed himself to the campaign for increased Parkinson’s research. Fox announced his retirement from “Spin City” in January 2000, effective upon the completion of his fourth season and 100th episode. Expressing pride in the show, its talented cast, writers, and creative team, he explained that new priorities made this the right time to step away from the demands of a weekly series. Later that year he launched The Michael J. Fox Foundation for Parkinson’s Research, which the New York Times has called “the most credible voice on Parkinson’s research in the world.” Today the largest nonprofit funder of Parkinson’s drug development in the world, the Foundation has galvanized the search for a cure for Parkinson’s disease, and Michael is widely admired for his tireless work as a patient advocate…”
Parkinson’s Disease Causes michaeljfox.org
*see Medical: Parkinsons Disease-Causes, Prevention, & Treatments goodnewshealthandfitness.wordpress.com

10 Things Back to the Future 2 Got Right 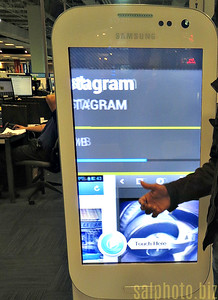 How Much Of Back To The Future Came True? – YouTube 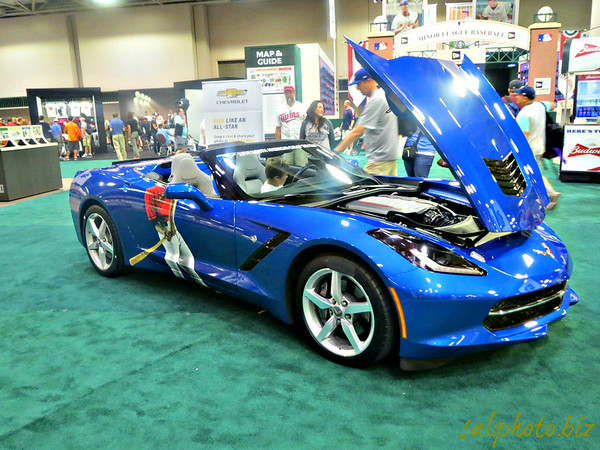 2ombieboy’s VHS Vault
Published on Feb 21, 2017
Time Travel Fact, Fiction and fantasy With Michael J Fox. A Documentary that talks about time travel in real life and in the movies. these movies include back to the future, Time after time, The Final Countdown, as well as many others. also had behind the seens look at the delorean and how it was made. Taken from itv central broadcast in 1985