With the current growing popularity of a recent released movie, “Heaven is For Real“, I decided to do the “opposite” in an optimistic way too. I’m not writing this to scare people, but to show the reality that Hell is real too. I don’t want anybody to go there…even “my worst enemy”!

Growing-up, I had many nightmares, which would occur mostly when I was sick (Just like right now as I’m writing this, which I called in-sick due to a (e.g. sore throat-cough-cold-lethargic) over Easter weekend). I thank God now I don’t have these nightmares anymore since I gave my life to Christ (see personal testimony) after asking God forgiveness of my past sins and asked Him to be the Lord of my life.

What were my nightmares? I wasn’t sure what they were until years after I became a Christian when I learned more about the “Light”. I had nightmares of going into this deep abyss where there were creatures of different sizes (e.g. skinny, fat, tall, short…irregular shapes). It was an unfriendly dark place. I just remembered feeling scared as a little kid as I woke up sweating from this repeated nightmare when I was sick growing-up.

I look back now that I feel this was a “glimpse of Hell” after reading-watching stories of others that has been to Hell….

I was reminded of this reality again actually after I became a Christian when I did a recording project with some folks from my church with Living Waters Ministries. A friend (Spencer) invited me and some other friends to read a script dialogue of us being in Hell. Even though this was just supposed to be a drama skit, I got really into this after a “dream” of being in Hell. I still remember to this day: I was at one of the residential halls at UMM when I was a junior in college. I had a dream of “something” (demon) binding my mouth, so I wouldn’t scream. However, just having the thought of saying “In Jesus’ name…let go of me!”. The authority of His name (I was reminded this at the time when a Christian college friend of mine, Poniman from Indonesia, had a similar incident when he rebuked the devil to get off him while he was sleeping at the same similar residential hall) released me from Satan’s control. I feel God had me have this “nightmarish” dream just to remember or know the “reality” of Hell as this project can impact many lives out there that listen to this recorded skit on the radio this will be played for.

I write this so those reading this with similar nightmares like me, it can stop! Just ask God (Heavenly Father) into your life and “renew” your life! Ask Him to forgive you of all your sins and heal you of your past hurts. Doing this will not only give you “life” in eternity, but “abundantly” (blessings) with common up and down challenges. However, don’t give-up and persevere in faith with His strength and others through fellowship!

Iam a Christian and I went to hell!the place is real!!!Stay close to Jesus Christ.

CHRISTIANS OF THE WORLD
Published on Jan 23, 2017
Christian testimony of Jon who shares his encounter with Jesus.
In this video he explains this incredible key moment when he was suddenly skydiving to hell.
–

PLEASE SUBSCRIBE to this testimony channel for helping to produce more Christian Testimony.

HELP US caption & translate our videos!

Christians Of The World is a Testimony Channel which presents Christian testimonies.

Celebrities
*see Life Challenge: Cost of being on the “Celebrity Spotlight”? goodnewseverybodycom.wordpress.com 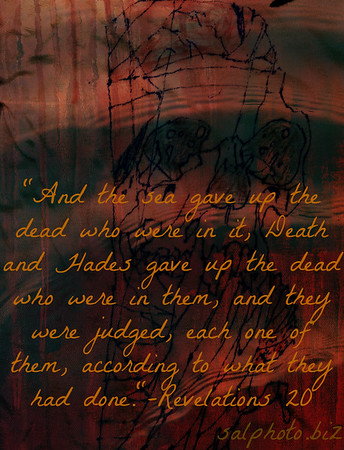 Ever had “bad dreams”? What might’ve caused them? What’s your view of “hell”? Where did you get those views (e.g. cartoons, movies, etc..) from?