Is it “really” the “MOST” “wonderful” time of the year?

“Merry Christmas!???” I’ve been getting this a lot lately, like every year. However, it just don’t feel like “merry” this year for some reason. It is probably for many different reasons (e.g. been to 4 funeral services the past 2 months, learning more and more that Jesus wasn’t born the 25th (read down below the site), growing in my “daily” personal relationship with Heavenly Father and knowing Jesus is all “season” (everyday) for me and not just during a “holiday” this season. It also hurts me to hear sad news (e.g. Violence Against Iraqi Christians Escalates-pbs.org: Iraq) that makes me more grateful of “freedom of religion” living in this “unperfect” (no nation is perfect) nation. Does this cause me to just “forget” this day of celebration? I choose to live this day “joyfully” (with “careful” awareness of others around me) like any day in life because life is too short to be wasted by being “stubborn”, “angry”, “depressed”, etc… Enjoy each single “second” with family, friends, and/or love ones because tomorrow is never promised with the uncertainties of our current world. I say the “spirit of giving” (doesn’t have to me always materialism) should not just be a one-day event, but an “everyday” event as one lives for Christ (see “Christ-like”-especially with all the “negativity” in the world. Instead of conforming to the increasing “negativity” of our world, why not do the opposite and “try” to be a light? How can we all each individually do this or why would we want to do this?

I use this time of the season to also reflect why we celebrate Jesus’ birth even though he wasn’t born on this particular day..

psa197
Published on Oct 29, 2012
http://www.worldslastchance.com/ – Should Christians Celebrate Christmas? It is very inconsistent for Christians who claim to follow the Bible alone to celebrate pagan holidays (e.g Christmas).

“And the times of this ignorance Yahuwah winked at; but now commandeth all men everywhere to repent.” (Acts 17:30)

Should Christians Celebrate Christmas and Easter?

Was Jesus born on December 25? | When was Jesus Born? – YouTube

When Was Jesus REALLY Born? Is Christmas December 25th Not The Birthday Of Jesus?

Jesus Birth being celebrated all-year round 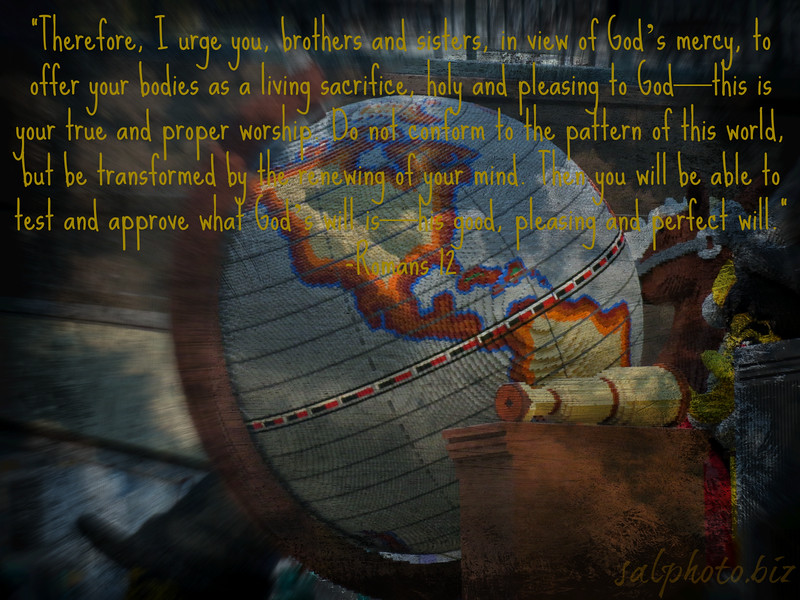 “Son, I’m very disappointed with you!” Ever heard this before or something similar? ..from your parents, authoritative adults figure, etc… A father has a right to be disappointed with you if you did something wrong (e.g. getting spanked for disrespecting my dad in front of my friends as I kid) in his eyes, but does that mean he still loves you? Most “good” fathers will say-“yes, of course”, but there are some or many out there that doesn’t communicate that love. For example, I’ve had friends that were “physically” abused. When I hear stories like this, I get more grateful of my “imperfect” loving father. My father really didn’t tell me he loved me, but he “manly” showed it by his actions (e.g. made me breakfast in the morning before going to school, give me fatherly advice on life, etc..).

What about you? How did your father show his “manly” love to you? What was or has been your favorite father-son time?

They may not be really mad as you think, but they just don’t show that kind of love your looking for. Thus, one might “hide in the cave” thinking their father is still mad at them. Some might stay disappointed with you for the wrong reason, which is where you need to know where your Heavenly Father stands. How would you know where your Heavenly Father think about you? Well, I recommend seeking His answer through His Word. It’s hard to please your father or just anybody because no one is perfect. We all have high expectations from each other. For example, when I graduated from college, my mother shared my father’s disappointment where I was going with my college education. Fortunately, I paid my own way through college, so my father didn’t get too mad. I just shook my head without no sadness and just lifted my head up knowing that my Heavenly Father isn’t. Why, it’s because I remember His Word..

You see when I became a Christian my first year in college, I became a follower of Christ and not “man”. My mom was “disappointed” when I got water baptized my 3rd year in college because of our “religious” Catholic up-bringing. It’s over 10+ years later that my parents are no longer “disappointed” with my choices I made during college. They learned to accept it as I’m still their son in their flesh. They have seen how I’ve grown “positively” too as I credit my Christian walk. I”m not saying, I do everything “good”, but I’m doing a lot “better” then I was before I became a Christian (see on-going testimony).

However, it wasn’t like this growing-up. When I didn’t know the Lord (I did know “of” Him, but didn’t have that personal Heavenly Father to Son relationship). When a “close one” (older adult) was very critical of things (e.g. my way of dressing ) I did growing-up, I would grow to have a lower self-esteem. However, this “criticism” actually made me “work harder” in things I did. As similar to my dad, this particular “older adult” showed love in a different (e.g. “treated” me out many times) way. I was very quiet and shy most of my years growing-up. I think it was mostly because of my “negative” experience at home, school, workplace, etc.. Each has some long stories, which I can do another blog post for another time. Overall, I didn’t get much affirmation or positive remarks on what I did. I probably got more encouragement from my workplace and playing sports (I had my share of “negativity” too) then at home. My family was great, but it’s a different culture than America. Thus, my expectations through my comparing or envying others made it difficult. We are all blessed in different ways. That is why I’ve learned to list things I’m thankful each night before going to bed. It helps me not focus on my challenges of disappointments in any given day in life as I give it up in prayer. How have you dealt or deal with the “negativity” spoken or acted upon you? Just ignore it (see Chihuahua Puppy Barking Like a Wolf )

I got picked on, beat-up, identity issues, etc… Some of the challenges many of us faced growing-up. How did you deal with it? Fortunately, I just got picked on, spat-on, teased because I looked “different” (e.g. thus suffered with my identity), but not “beat-up”. I was very much small in height compared with my peers at my school (Battle Creek) , so I never even tried to “fight-back” with the peers that picked on me. Why did I get picked on? Not sure most of the time, but some were because I was a very studious “nerdy” looking Asian geek. They knew I did my homework, so one of them asked me to do his homework. I said “no” because I didn’t want to be used, so he pushed me against the lockers. Fortunately, one of my tall friends stuck-up for me, but he ended up getting pushed too. During this time, one of the teachers that happened to witness this intervened. This doesn’t always happen to many! Maybe God was watching me already..


What about peer pressure? Ever got pressured to smoke or do drugs? I was fortunate to be strong-willed enough to say “no” to drugs or smoking. I guess I remember there was a speaker that came to our classroom with a hole in his throat, which freaked-scared me growing-up. Thus, I never ever smoked and will never even try it in the future!

.Anyways, some friends and I were talking about these “traumatic years” during this past weekend Men’s Retreat as the “worst years”. How about for you? Worst or Glory years? How can we (e.g. adults, parents, mentors, etc..) help those in junior high-middle school learn from our experience to get through these years?