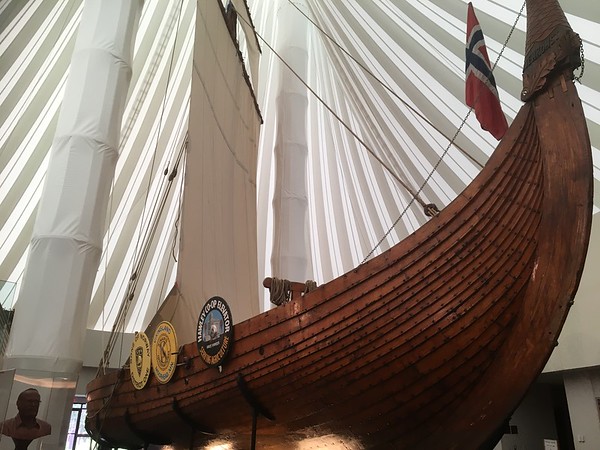 Invaders, predators, barbarians – the Vikings are often portrayed merely as one-dimensional warriors whose achievements include little more than plundering and raiding. But from where did the Vikings originate and were they really violent, godless pagans? Here, Philip Parker explains the real history of the Viking world…
“…Iceland became Christian to avoid a civil war. Competing pagan and Christian factions threatened to tear the Althing apart and dissolve Iceland into separate, religiously hostile, states. At the Althing’s meeting in the year 1000 the rival factions appealed to Iceland’s most important official, the lawspeaker Thorgeir Thorkelsson. As a pagan he might have been expected to favour the old gods but, after an entire day spent agonising over the decision, he concluded that henceforth all Icelanders would be Christian. A few exceptions were made – for example the eating of horsemeat, a favoured delicacy that was also associated with pagan sacrifices, was to be permitted…”

Vikings
Editors History.com
“..From around A.D. 800 to the 11th century, a vast number of Scandinavians left their homelands to seek their fortunes elsewhere. These seafaring warriors–known collectively as Vikings or Norsemen (“Northmen”)–began by raiding coastal sites, especially undefended monasteries, in the British Isles. Over the next three centuries, they would leave their mark as pirates, raiders, traders and settlers on much of Britain and the European continent, as well as parts of modern-day Russia, Iceland, Greenland and Newfoundland…

..European peoples they confronted–was that they came from a foreign land, they were not “civilized” in the local understanding of the word and–most importantly–they were not Christian…

In A.D. 793, an attack on the Lindisfarne monastery off the coast of Northumberland in northeastern England marked the beginning of the Viking Age. The culprits–probably Norwegians who sailed directly across the North Sea–did not destroy the monastery completely, but the attack shook the European religious world to its core. Unlike other groups, these strange new invaders had no respect for religious institutions such as the monasteries, which were often left unguarded and vulnerable near the shore. Two years later, Viking raids struck the undefended island monasteries of Skye and Iona (in the Hebrides) as well as Rathlin (off the northeast coast of Ireland). The first recorded raid in continental Europe came in 799, at the island monastery of St Philibert’s on Noirmoutier, near the estuary of the Loire River….

End of the Viking Age

The events of 1066 in England effectively marked the end of the Viking Age. By that time, all of the Scandinavian kingdoms were Christian, and what remained of Viking “culture” was being absorbed into the culture of Christian Europe….”

Vikings in Minnesota? The Mystery of the Kensington Runestone Aug 25, 2018 Matthew Gaskill thevintagenews.com
“..For about eight hundred years, Scandinavians carved and erected stone monuments to their achievements, family members (dead and alive), property and beliefs. These “runestones” were erected throughout the region between the 4th century AD and the end of the Viking Age in the 12th century AD…” 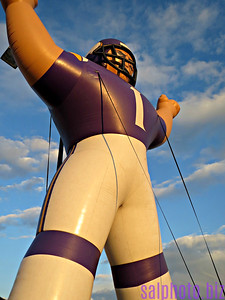 Heads up: Viking boat near the Mississippi – fake story

Skallagrim
1.23M subscribers
Quite a few people have linked and shared this story, apparently without realizing that it’s satire, completely made up. So this is just to clear things in case you were misled.

<br<
*see Now You Know: Pyramids Around the World goodnewseverybodycom.wordpress.com

Mystery History Back-Up Channel
Published on Feb 13, 2019
A Collection of most of the unexplained anomalies I have previously shared on the channel which litter the Giza Plateau.
Main Channel Will be Back End Of March.
Thank-You For Your Continued Support.

If you enjoy my work and believe in my battle to expose academia’s lies regarding our stolen past, you can help me continue unravelling our real history, by providing a small donation as little as $1 per month, you will enable the continuation of my mission to expose the truth of our lost and stolen heritage, the reason I am being targeted…
Without your help it will not be able to survive.
Link to Some of The Running Costs of The Channel, The Reason Your Help Is So Important & Crucial To The Quality & Strength & Impact Of The Content: https://www.patreon.com/posts/thank-y&#8230;
Thank you all so so much for your continued support in my battle to protect our liberties and destroy academic fallacy.

Egyptian chronology and the Bible—framing the issues by Gary Bates Published: 2 September 2014 (GMT+10)creation.com
Do the dates ascribed to the Egyptian dynasties falsify the date of biblical creation?
“Egyptian chronology can be a challenging subject for biblical creationists. That’s because the secular, majority view about these chronologies extends further back than an objective reading of the biblical chronogenealogies allows for creation: a little over 6,000 years ago. These chronologies are hotly debated among Christians and secularists alike, with the consensus being increasingly challenged. Moreover, some of the incredible Egyptian monuments like the great pyramids on the Giza Plateau have dates ascribed to them that would have them being built before the earth-reshaping Flood of Noah’s time around 4,500 years ago. Following a strict biblical chronology, Egyptian civilization cannot predate creation, nor can the pyramids be pre-Flood constructions….

It is true that mystery and debate still surround the methods employed for the construction of the great pyramids of Giza. They were built from massive limestone and sandstone blocks weighing c. 1.5 tons or more, and some granite blocks weighing a staggering 80 tons. …

How are pre-creation >4000 BCE human civilization and pre-flood >2300 BCE civilizations that continued reconciled with Judaism? judaism.stackexchange.com

Egypt by John Kaltner bibleodyssey.org
“.. is mentioned in the Hebrew Bible almost seven hundred times, and it is referred to another 25 times in the New Testament, making it the most frequently mentioned place outside Canaan in the Bible. In biblical times, Egypt was already an ancient civilization and the pyramids were thousands of years old. Israel’s status as a relative newcomer can be seen in the fact that many of the events described in the Hebrew Bible are set in an era now known as the New Kingdom (1550-1069 B.C.E.), which was the most recent of the major periods of ancient Egyptian history. Egypt and Israel shared a border in antiquity as they do today, and this led to occasional contact and interaction between the peoples of the two lands. Certain biblical passages allow us to get some sense of the nature of that relationship, but Egyptian texts are less helpful in that regard. ..”

Egypt in the Bible by Jim Haeffele lifehopeandtruth.com
The Israelites’ miraculous exodus from Egypt is well known. But what about Egypt’s future? What does the Bible say will yet happen to Egypt in prophecy?

Egyptology vs the Bible – amazing evidence of biblical events – YouTube

What Does the Bible Say About Egypt? – OpenBible.info openbible.info

A Christian Physicist Examines the Age of
the Earth
by Steven Ball, Ph.D. letu.edu

Finally, we come back to the root cause of the whole controversy. Will accepting an older Earth
be like “giving in” to arguments supporting Darwinism? No, that doesn’t logically follow either.
Although Darwin and his supporters sought evidence for an older Earth to support the theory of
evolution, the finding of such evidence does not necessarily lend credence to his theory. Time
does not necessarily make some things probable. In fact, many experts researching the
probability of random ordering of biological molecules have concluded that this is extremely
remote, even in 14 billion years of time [46]. As a physicist, I see some very convincing
evidence for the antiquity of the Earth, but a plausible theory of naturalistic explanations for the
origin of life has yet to emerge. We see a vastly complex order in the genetic code of even the
very simplest life forms. We are just beginning to understand this complexity while we piece
together the human genome. I find this fascinating, and I welcome what we will find. New
scientific understanding of origins, whether it be origins of the universe, our galaxy, our solar
system, the Earth, or life on Earth, do not pose a threat to the reliability of the Bible. Judging
from previous experience, it promises to provide even more convincing evidence of God’s
remarkable design, built into the universe at every level. ..”

-Exodus
*see Deep Thought: How did the “Exodus” happened? goodnewseverybodycom.wordpress.com

“..Paul Speaks to the People

37As they were about to take Paul into the barracks, he asked the commander, “May I say something to you?”

“Do you speak Greek?” he replied. 38“Aren’t you the Egyptian who incited a rebellion some time ago and led four thousand members of the ‘Assassins’ into the wilderness?”

39But Paul answered, “I am a Jew from Tarsus in Cilicia, a citizen of no ordinary city. Now I beg you to allow me to speak to the people.”

40Having received permission, Paul stood on the steps and motioned to the crowd. A great hush came over the crowd, and he addressed them in Aramaic:b .”–Acts 21

*see Deep thought? Where did all these cultures come from? goodnewseverybodycom.wordpress.com