China’s Coronavirus is Much Worse Than You Think

laowhy86
384K subscribers
The coronavirus in China is spreading, and largely could have been prevented. A town 7 km from where the virus was discovered in Wuhan had a state run banquet with 100,000 people eating off of the same dishes. This was 2 days after 49 cases were confirmed in Wuhan, China. The Chinese government is trying to save face, and now it is backfiring.

@owenbowcott
Mon 17 Jun 2019 08.20 EDT theguardian.com
Victims include imprisoned followers of Falun Gong movement, China Tribunal says
“…Investigators calling hospitals in China inquiring about transplants for patients, the tribunal said, have in the past been told that the source of some organs were from Falun Gong followers.

Zeng, who fled China in 2001, did not see any direct evidence of forced organ removal but since reading other accounts, she has questioned whether the tests were part of a medical selection process.

In her statement to the tribunal, she said: “Inmates of the labour camp were not allowed to exchange contact details, so there was no way to trace each other after we were released. When anyone disappeared from the camp, I would assume that she was released and had gone home.

“But in reality that cannot be confirmed, as I had no way to trace others after my release and I now fear they might have been taken to a hospital and had their organs removed without consent and thus killed in the process.”

As many as 90,000 transplant operations a year are being carried out in China, the tribunal estimated, a far higher figure than that given by official government sources….”

DW Documentary
1.28M subscribers
The New Silk Road is a mammoth project meant to connect China with the West. It’s a gigantic infrastructure project that Beijing says will benefit all. But this two-part documentary shows another side: of China’s self-interest and geopolitical ambitions.

China’s Massive Belt and Road Initiative cfr.org
“…Meanwhile, the United States shares the concern of some in Asia that the BRI could be a Trojan horse for China-led regional development and military expansion. ..

China’s overall ambition for the BRI is staggering. To date, more than sixty countries—accounting for two-thirds of the world’s population—have signed on to projects or indicated an interest in doing so. Analysts estimate the largest so far to be the $68 billion China-Pakistan Economic Corridor, a collection of projects connecting China to Pakistan’s Gwadar Port on the Arabian Sea….

What are the potential roadblocks?

The Belt and Road Initiative has also stoked opposition. For some countries that take on large amounts of debt to fund infrastructure upgrades, BRI money is seen as a potential poisoned chalice. BRI projects are built using low-interest loans as opposed to aid grants. Some BRI investments have involved opaque bidding processes and required the use of Chinese firms. As a result, contractors have inflated costs, leading to canceled projects and political backlash….

Investigation: Why is China on the move in the South Pacific? | 60 Minutes Australia

For forty years, 60 Minutes have been telling Australians the world’s greatest stories. Tales that changed history, our nation and our lives. Reporters Liz Hayes, Allison Langdon, Tara Brown, Charles Wooley, Liam Bartlett and Sarah Abo look past the headlines because there is always a bigger picture. Sundays are for 60 Minutes.

The China Syndrome: Part One – Is China taking over the South Pacific? | 60 Minutes Australia

Australia has always considered the South Pacific our “patch of paradise” to protect and nurture. But now the Chinese are moving in and splashing their cash in places like Fiji and Vanuatu. So what’s next?

the Lost Tribes of Israel in Kaifeng, China【文章轉載】開封 … – YouTube
https://www.youtube.com/watch?v=Yu5kAwHzqIQ
*see Deep Thought: Where are the “original” Tribes of Israel? goodnewseverybodycom.wordpress.com

The Star of Bethlehem a Comet in 5-BC and the Date of the Birth of … adsabs.harvard.edu
“..by CJ Humphreys – ‎1991 – ‎Cited by 24 – ‎Related articles
Presumably one of these sources recorded the star of Bethlehem and the ….. The latest possible year for the birth of Christ is given by the date of the death of … the Chinese Han shu, the official history of the former Han dynasty (206 BC – AD 9) …..”
*see Now You Know: Various Christmas Symbolism goodnewseverybodycom.wordpress.com 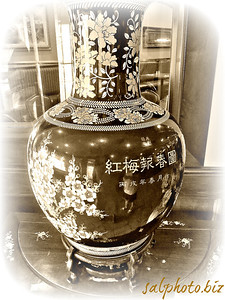