A “friend” got “theological” with me this past weekend over the holidays. He asked, why this church doesn’t allow us to “practice” our old ways (e.g. shamanism, see-> Deuteronomy 18). I then thought about my former Catholic up-bringing. I didn’t think about it much when I was growing-up, but friends in college would question some of the “theological” practices (e.g. worship Mary, statues/idols in the sanctuary, priests are called “father, etc…). It’s not just “religious” stuff, but just “old” ways in our “sinful” lifestyle of the past (e.g. drunkeness or any other addictions that controlled/slaved you in bondage, etc…) that prevented one to a “personal relationship” with the Heavenly Father.

All That’s Inside -Jon Thurlow (Lyrics)

(Let there be) no reservations, no walls
But just an open door in my heart for You

Above was a song a friend from church played during our weekly prayer get-together (FOCUS), which really touched me about this topic that was discussed this past weekend.

Bible verses about Parable of the Old and New Wineskins
(From Forerunner Commentary) bibletools.org
Jesus Movie – Gospel of Matthew Chapter 9 1 of 2

New Wine, Old Wineskins and the Fear of Change= 10:27AM EDT 5/2/2012 J. Lee Grady charismamag.com
What Does the Bible Say About Righteousness? openbible.info

Hope and pray this will touch you all with the “New Year” (2016) coming-right around the corner! 🙂 Any thoughts, stories, shares, additional Bible verses, etc.. related to any of the content above? Would love to hear from ya..thanks!

I’ve been to many parties where I meet these challenges. I’m always offered an “alcoholic” drink, but as I’ve gotten “older” I personally don’t care for it because I’ve gotten more health conscious. However, when I was “younger”, I would not hesitate because I wanted to “fit in” (cultural norm). I caught myself drinking too much than I could and got a little drunk, which I know is a “no no” in the Bible. As I grew more in my walk with God, I drank less and less-to avoid getting drunk.

I decided to write this because after a recent party, a friend (brother in Christ) was being frank that he was drinking because it’s part of the culture. He ended up talking my ear trying to give all of his reasons why he drank as a Christian (didn’t say this word for word, but just my interpretation because I’ve been in his shoes before). I then replied my personal reasons why I wasn’t drinking is because I’ve became more “health conscious” (see my new Health & Fitness Blog). God didn’t have the Bible to be a book of “don’t do this or do that” to prevent us having “fun”. He did this to protect us and keep us safe. It’s never mentioned that we shouldn’t drink (see 80 Bible Verses about Drinking Alcohol from openbible.info). Instead… 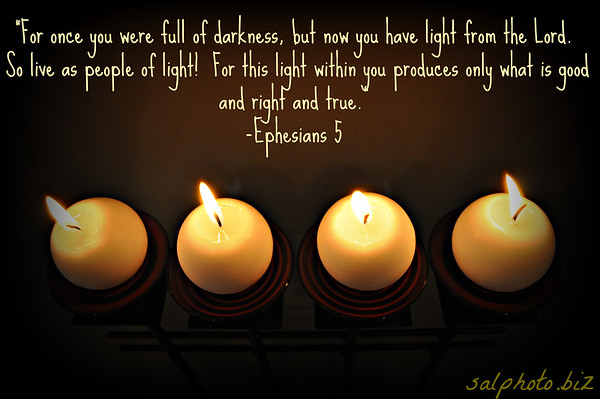 “And do not get drunk with wine, for that is debauchery, but be filled with the Spirit, “–Ephesians 5:18

I ended up telling my brother in Christ my personal reasons for not drinking without quoting from the Bible as I know he knows already. I just told him I’ve grew to be more “health conscious” and see no health benefits to drinking alcohol. I’m tired of feeling “unhealthy” the day after drinking. I used to try to eat certain foods to get rid of the alcohol in my body. If I do drink (moderation) at certain parties (special occasions), I would take this detox pill (see my blog “Importance of Cleansing: Detoxification) to cleanse my liver of alcohol the following morning.

What boils down to is it’s between you and God. I have a friend (brother in Christ) who doesn’t touch alcohol period because he has a biological “gene” to be addicted to it. I say “Amen” brother! At least he know his “kryptonite” (e.g. bible verse on “flee from temptation“-2 Timothy 2). It’s an individual basis, what’s your personal story? I have another friend who has the “addiction” and any picture or anything that he sees, hears, smell, etc.. that associated with alcohol, he goes through “withdrawals” or “craving for alcohol” due to his early years of drinking and now struggling to fight over this addiction.

I’ll be sharing more alcohol-related stories more as they come to mind later, so stay tuned!

Can you drink alcohol and still call yourself a Christian? Well, maybe the lay people, but what about the shepherds/pastors/leaders? John and Bobby take on alcohol the role of alcohol and its place in the Christian church. In chit chat, Bobby asks John about his urinal behaviors and they both make predictions for the coming election.

With humor and a profound sense of tongue in cheek, Bobby and John discuss relevant issues of faith, masculinity, and technology. We like our ideas how we like our coffee: freshly roasted.”

What are your personal feedback, comments, suggestions, thoughts?