U.S Rep. Chris Smith of New Jersey hopes that knowledge could lead not only to accountability, but also a potential cure and greater recognition of the disease.

“My hope is, this jump-starts a very aggressive effort to find a cure and see how this (Lyme disease) is growing. It’s pushing out into the Great Lakes area. It’s exploding everywhere,” said Smith, a longtime advocate for Lyme disease research. His district is one of the hotbeds for the disease.

The House of Representatives added a Smith amendment to a federal defense spending bill that would require the Department of Defense’s Inspector General to investigate whether the military, between 1950 and 1975, experimented with ticks and other insects to be used as biological weapons.

Investigators will report back to the House and Senate Armed Services committees with the scope of any experiment it finds, including whether any ticks or insects were released into the environment, either by accident or on purpose.

The amendment was approved by voice vote. Now the House bill has to be reconciled with a Senate bill that does not include Smith’s amendment. Smith is working with senators to ensure the investigation survives the process.

Lyme disease on the rise: What to do if you get a tick bite

More in tick: Ever have a tick? This Kentucky man got one in his eye

A longstanding theory is that Lyme disease was a Soviet-era biological weapon created in a U.S. government research center on Plum Island and released, either accidentally or intentionally…”
*see Health: How to “fight” Lyme Disease? goodnewshealthandfitness.wordpress.com

U.S. Performed Radiation Experiments On Its Own Citizens, New Book Reveals By Gabe Paoletti
Published October 3, 2017
Updated November 6, 2017 allthatsinteresting.com
“..In her newest book, Behind the Fog: How the U.S. Cold War Radiological Weapons Program Exposed Innocent Americans, Martino-Taylor details how unsuspecting American citizens were fed, sprayed, or injected with radioactive materials during a series of experiments from the 1940s to the late 1960s….”
Secret Cold War tests in St. Louis cause worry October 3, 2012, 9:58 PM cbsnews.com
“..ST. LOUIS Doris Spates was a baby when her father died inexplicably in 1955. She has watched four siblings die of cancer, and she survived cervical cancer.

After learning that the Army conducted secret chemical testing in her impoverished St. Louis neighborhood at the height of the Cold War, she wonders if her own government is to blame.

In the mid-1950s, and again a decade later, the Army used motorized blowers atop a low-income housing high-rise, at schools and from the backs of station wagons to send a potentially dangerous compound into the already-hazy air in predominantly black areas of St. Louis…”
US. Army sprays radioactive materials on unsuspecting St. Louis public 1953

This piece analyzes a covert Manhattan Project spin-off organization referred to here as the Manhattan-Rochester Coalition, and an obscure aerosol study in St. Louis, Missouri, conducted under contract by the U.S. military from 1953–1954, and 1963–1965. The military-sponsored studies targeted a segregated, high-density urban area, where low-income persons of color predominantly resided. Examination of the Manhattan-Rochester Coalition and the St. Louis aerosol studies, reveal their connections to each other, and to a much larger military project that secretly tested humans, both alive and deceased, in an effort to understand the effects of weaponized radiation. Through this case study, the author explores how a large number of participants inside an organization will willingly participate in organizational acts that are harmful to others, and how large numbers of outsiders, who may or may not be victims of organizational activities, are unable to determine illegal or harmful activity by an organization. The author explains how ethical and observational lapses are engineered by the organization through several specific mechanisms, in an effort to disable critical analysis, and prevent both internal and external dissent of harmful organizational actions. Through studying the process of complex organizational deviance, we can develop public policies that protect the public’s right to know, and construct checks and methods to minimize the chance of covert projects that are contrary to societal norms.

This video and all contents, made by Jim Lee ( http://www.youtube.com/user/R3zn8D ) are CC-BY ( http://creativecommons.org/licenses/b&#8230; ) with the stipulation the contents in the description of this YouTube video are included in any adaptation/remix.

Sharing is Caring, please download/remix this video, and include a copy of these details.

Ebola: Who created this terrible virus and why? Antoine Roger Lokongo
Jan 08, 2015 pambazuka.org
“…Conspiracy theories that Ebola – and HIV – are bio-weapons created by the West to depopulate Africa refuse to die away. Leaks from within Western establishments and the behaviour of these capitlist powers fuel the theories. They are difficult to ignore…

‘What we are dealing with here is a biological warfare work that was conducted at the bio-warfare laboratories set up by the USA on the west coast of Africa. And if you look at a map produced by the Centers for Disease Control and Prevention (CDC) you can see where these laboratories are located. And they are across the heart of the Ebola epidemic, at the west coast of Africa. So, I think these laboratories, one or more of them, are the origins of the Ebola epidemic. They did the same in Nicaragua and Cuba,’ Professor Francis A. Boyle revealed….

He went on: ‘I have absolute proof from a Pentagon document that the Centers for Disease Control were doing bio-warfare work for the Pentagon in Sierra Leone, the heart of the outbreak, as early as 1988. And indeed it was probably before then because they would have had to construct the lab and that would have taken some time. So we know that Fort Detrick and the Centers for Disease Control are over there, Tulane University, which is a well-known bio-warfare center here in USA—I would say notorious for it—is there. They all have been over there….

‘In fact, the HIV virus is created by a scientist for biological warfare. Why has there been so much secrecy about AIDS? When you ask where the virus came from, it raises a lot of flags. That makes me suspicious.’

The United States congratulated Maathai on winning the Nobel Peace Prize, but tempered its praise over her claims about AIDS. ‘She said (HIV/AIDS) was invented as a bio-weapon in some laboratory in the West,’ a senior State Department official said. ‘We don’t agree with that.’

This writer totally agrees with the late Kenyan ecologist because Africa should not be killed in silence! And so we ask: Did the biological agents that were created during the Apartheid regime in South Africa, including the Marburg and Ebola viruses to exterminate Black Africans, also come from bats and monkeys? Aren’t we all stupid, they think?..

USA CREATED EBOLA VIRUS AS A WEAPON WITH ITS VACCINE

According to Pravda, Pentagon scientists were developing it for 30 years, and all the rights for the drug belong to the government of the United States. Two infected US medics received injections of the vaccine and they started recovering from the disease immediately.

Why has this been made public only now? Why is it that the USA holds all the rights for the use of the vaccine? There can be two most obvious answers found to these questions.”

The CIA’s Secret Quest For Mind Control: Torture, LSD And A ‘Poisoner In Chief’ September 9, 20192:50 PM ET
Heard on Fresh Air Terry Gross square 2017 TERRY GROSS .npr.org
“During the early period of the Cold War, the CIA became convinced that communists had discovered a drug or technique that would allow them to control human minds. In response, the CIA began its own secret program, called MK-ULTRA, to search for a mind control drug that could be weaponized against enemies.

Some of Gottlieb’s experiments were covertly funded at universities and research centers, Kinzer says, while others were conducted in American prisons and in detention centers in Japan, Germany and the Philippines. Many of his unwitting subjects endured psychological torture ranging from electroshock to high doses of LSD, according to Kinzer’s research.

Now, the people who volunteered for these experiments and began taking LSD, in many cases, found it very pleasurable. They told their friends about it. Who were those people? Ken Kesey, the author of One Flew Over the Cuckoo’s Nest, got his LSD in an experiment sponsored by the CIA by MK-ULTRA, by Sidney Gottlieb. So did Robert Hunter, the lyricist for the Grateful Dead, which went on to become a great purveyor of LSD culture. Allen Ginsberg, the poet who preached the value of the great personal adventure of using LSD, got his first LSD from Sidney Gottlieb. Although, of course, he never knew that name.

Why The CIA Ran Secret LSD Tests On Unsuspecting Civilians

On the Hunt For The LSD Lab That Changed The World

The Acid Tests: How the CIA’s Experiments With LSD Created the Grateful Dead

US apologizes for infecting Guatemalans with STDs in the 1940s
By the CNN Wire Staff October 1, 2010 10:18 p.m. EDT cnn.com
“..
The tests were carried out on female commercial sex workers, prisoners in the national penitentiary, patients in the national mental hospital and soldiers. According to the study, more than 1,600 people were infected: 696 with syphilis, 772 with gonorrhea and 142 with chancres.

The study came to light recently when Wellesley College researcher Susan Reverby found the archived but unpublished notes from the project as she was researching a similar study that was conducted between 1932 and 1972 in Tuskegee, Alabama. That study included nearly 400 poor African-American men with preexisting syphilis whose disease was allowed to progress without treatment. Researchers did not infect the subjects, but they did not tell them they had the disease either.

The Tuskegee study was done under the direction of Dr. John C. Cutler, a U.S. Public Health Service medical officer who died in 2003…

Clinton and Sebelius said the United States is launching an investigation and also convening a group of international experts to review and report on the most effective methods to make sure all human medical research worldwide meets rigorous ethical standards.

“As we move forward to better understand this appalling event, we reaffirm the importance of our relationship with Guatemala, and our respect for the Guatemalan people, as well as our commitment to the highest standards of ethics in medical research,” the U.S. statement said…”

Feel free to comment below of any other information that can be helpful. 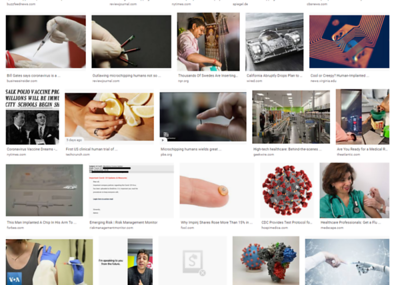 Wuhan Coronavirus COV-19 COVID-19 COVID-1984 The American Darpa Trillionaire Oligarch Deep State Hybrid War by China on Trump 2020 Towards a One World 1984 Government .energyenhancement.org
“You don’t think fluoride in the water, GMO Frankenstein food, Aluminium in the Air, 5G packet switching radiation and the Tuskeegee experiment when syphilis was injected into negroes and the syphilis lifecycle investigated within those poor negroes all their lives are all mistakes!!..”