Did Giants Once Walk the Earth?
http://hubpages.com/hub/Did-Giants-Once-Walk-the-Earth 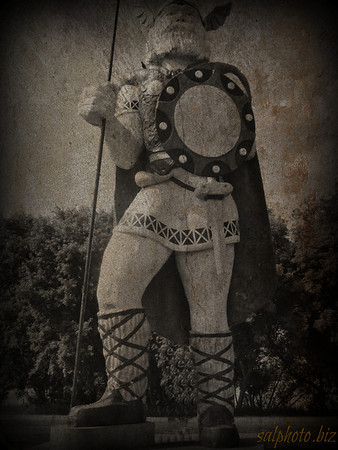 2009: Indian burial grounds: Rest in peace By MARY JANE SMETANKA Star Tribune OCTOBER 4, 2014 — 7:13PM startribune.com
“..The teenage girl fancied herself an archaeologist. When she saw bones exposed in a road project in the Twin Cities, she picked them up and gave them a coat of varnish. Then they gathered dust in a box for decades.

She was an old woman when, fretting that she’d done something awful and frightened about being prosecuted, she asked an intermediary to contact the state. The bones she had tried to protect had become a guilty burden…” 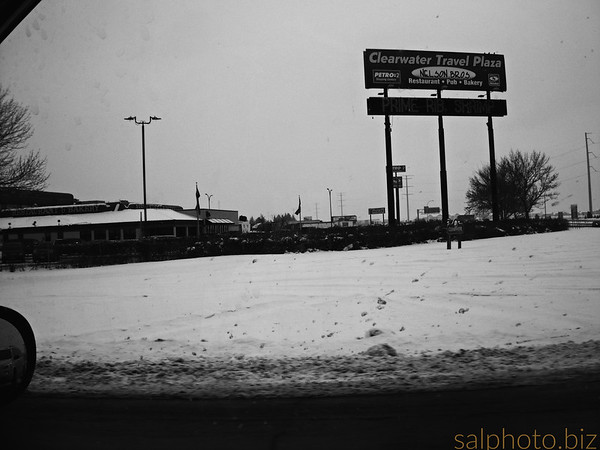 The Case of the Strange Skulls
A collection of bizarre human skulls from around the world. by Brian Dunning Skeptoid Podcast #144 March 10, 2009 Filed under Aliens & UFOs, skeptoid.com

‘..In Clearwater, Minnesota in 1888, seven skeletons were found buried in an upside-down sitting position facing a lake, all with sloping foreheads and double rows of teeth on the top and bottom…”

A visit to the mysterious Lovelock cave is made as well as a visit to the Nevada State Museum to research the ancient red-haired giants in America. Some researchers claim the fighting between them and the Pauite was so fierce that before extermination, the captured red-haired men were castrated by the Pauite and had their fingers and ears cut off.

I also wrote a book on my research:

In the 1800s, reports began to surface of the discovery of very large skeletal remains in the Burial mounds of North America. These skeletons were described as reaching seven to eight feet (2.4 meters) in length, with a lower frequency of discoveries spanning nine to 11 feet (3.3 meters) in length, and having very large skulls and gigantic lower jawbones.

Haplogroup X is found in approximately 7% of native Europeans, and 3% of all Native Americans from North America.

Overall, haplogroup X is found in around 2% of the population of Europe, the Near East and North Africa. It is especially common among Egyptians inhabiting El-Hayez oasis (14.3%).
Haplogroup X is also one of the five haplogroups found in the indigenous peoples of the Americas.
“
DNA Analysis on Native Americans by Gregory L. Little August 2001 bibliotecapleyades.net
“..While mtDNA analysis is not only easier than other forms of genetic testing, it has a further advantage. All DNA mutates over time. But mtDNA has a fairly’ steady rate of mutation that permits a reasonably accurate estimate of exactly’ when a particular group of people migrated from their primary group.

Thus, two important factors can be determined through analysis of mtDNA.

• First, a living person (or the mtDNA from the remains of a deceased person) can be tested to determine the specific racial group from which the individual came.

• Secondly, the approximate time when that individual’s ancestors migrated from their primary racial group can be determined.

One way to view mtDNA testing is that it may be able to provide a racial family tree extending back to the beginning of humanity. The current idea in mtDNA analysis is that ancestory on the female side can eventually, be traced back to a genetic “Eve.” The 39 types of mtDNA were presumably derived from this Eve. Whether this idea will be completely confirmed by research remains to be seen.

However, mtDNA testing has confirmed several oral traditions passed down through many generations in several tribes. For example, the indigenous people of Hawaii and Polynesia have long asserted that their ancestors frequently traveled back and forth and that they ‘shared ancestor’.

Genetic testing showed that these two groups were related and confirmed the migratory’ legends of these peoples.
..”

Rich photos of the Kandahar giants lands in Afghanistan. The airport currently there and after action photo of military and civilian blood in the sand. Islam battles rage as this video is being made. A rare photo of Mao giant gold statue made with high lift crane. Dead giant flown on C 130 sketch. The Bible mentions giants and their spear weight. Its all here.
“
<

Is Pentagon using MOAB bombs against Giants hidden in Afghanistan?
Written by Dr Michael Salla on April 15, 2017. Posted in Exoarcheology, Exotheology, Featured exopolitics.org
“…On April 12, the U.S. Air Force dropped the largest conventional bomb in the Pentagon’s arsenal to flush out Islamic State terrorists according to official Pentagon reports. However, insider testimony suggests another reason for the use of the MOAB bomb. The undisclosed goal is to flush out, capture or destroy giants hiding in Afghanistan’s ancient cavern system who possess technological secrets going back to the origins of human civilization.

The Massive Ordnance Air Blast Bomb (MOAB), aka “Mother Of All Bombs” contains 21,600 pounds of explosives and has a mile-long blast radius. The Intercept reported that the MOAB was not used by the Bush administration back in 2003 due to fears of collateral damage.

President Donald Trump appears to be living up to his pledge to “bomb the shit” out of ISIS. But is he? Are ISIS terrorists the real target or just a cover for an undisclosed enemy? A threat Trump may not have been briefed about, but one locked in the cross-hairs of the “Deep State” that is really behind the Pentagon attack…

When I was in the program, the Secret Space Program, when I would have time to sit and look at the smart-glass pad, there was lots of information that I looked at. And one of them was that there were beings that they found underneath the surface of Earth, underneath…usually underneath mountains, burial mountains… Indian burial mounds that were not dead but weren’t quite alive. They called them “stasis beings”. And it turned out that had used a technology that had been there long prior, from this group they called the “ancient builder race”… So, it didn’t put the beings in stasis that a lot of us would think of, as in being frozen. But it just changed the way they experienced time.… they would probably go to sleep for maybe 20 minutes, and 30,000 years or so would pass by.…..

I have heard similar stories from another Special Forces operative stationed at McDill Air Force Base, who has served in Afghanistan and is knowledgeable about the secret war to capture or kill giants. I am presently encouraging the operative to come forward with his testimony through a third party.

Quayle uses biblical sources to support his analysis of giants and what they mean for humanity in the current era. Basically, he views them as the biblical “Nephilim”, who are the offspring of “Fallen Angels” who interbred with humanity as mentioned in the Book of Genesis:..

In this passage, the descendants of Moab destroyed the giants in the land that the Moabites wanted to settle. Now, the Pentagon just used a bomb called MOAB, allegedly to destroy giants hiding in Afghanistan’s cavern system, if Quayle and other sources are correct. This does not appear to be a mere coincidence….”

THEY DONT WANT You To SEE THIS! WATCH QUICKLY BEFORE It Is DELETED!!

Dr. shawnfost
Published on Aug 1, 2018
THEY DONT WANT You To SEE THIS! WATCH QUICKLY BEFORE It Is DELETED!!

► Nobody in California is Talking About This!! What you’re about to see should scare you

► What You’re About To See Should Scare You, This Message will

Ancient Giants Proof? The Mysterious Plain Of Jars north of Laos Apr 18 2017 posted to Ancient History disclose.tv
“…The unusual site known under the name of the Plain of Jars is dated the Iron Age (500 BC to 500 after JC) and is composed of at least 3 000 jars of giant stone up to 3 meters high and weighing several tonnes. Most are made of sandstone but there are other facts of granite and limestone much more difficult…

According to the local legend, the pots have been created by a race of giants, which the king had need somewhere to store its wine of rice. The wine was to be consumed to a great feast to celebrate a famous military victory there are thousands of years. The legend tells that a wicked king, appointed Chao Angka, which its oppressed people if terribly that they have made call to a good King in the north, appointed Khun Jeuam, for the release. Khun Jeuam and its army is come, and after having conducted a great battle on the plain, defeated Chao Angka…

Archaeologists have not yet all the answers but, unfortunately, their work has been slowed by the fact that the Plain of Jars is one of the most dangerous of archaeological sites in the world. Dispersed in the plains are literally thousands of tonnes of unexploded bombs, landmines and other unexploded ordnance military, that contaminate more than 35 per cent of the total area of the province and continue to threaten the lives of 200,000 people who live today in Xieng Khouang…”

Albion: A Guide to Legendary Britain
by Jennifer Westwood
http://www.goodreads.com/book/show/4944942-albion

Gilgamesh Tomb Found in Iraq, 2003 (Giant Skeleton Found & Retrieved)
Posted by 14300 on May 28, 2013 at 8:20am in Current News/Events
http://12160.info/forum/topics/gilgamesh-tomb-found-in-iraq-2003-giant-skeleton-found-retrieved
“…Was the Iraq ‘invasion’ a forward smoke screen for the enablement of Western powers to gain ancient ‘alien’ technologies and possible DNA for ‘future’ engineering and a ‘possible’ resurrection/cloning of angel DNA (Gilgamesh/Nimrod)?)..”

Ancient Aliens !!! Destruction of The Giants !!! Nephilim in the Quran !!!

Documentary that presents evidence and theories on the Giants (Nephilim, Rephaim, Gibborim, etc.) who used to inhabit the earth. While I do not agree with the theories presented, there is however good information contained here.

We must remember to look at everything through the WORD of TRUTH which is the Bible.
..”

“Ancient Giants existed and …”, from youtube.com
“The YouTube account associated with this video has been terminated due to multiple third-party notifications of copyright infringement. “

Did Giants Once Walk the Earth?
http://hubpages.com/hub/Did-Giants-Once-Walk-the-Earth

*archaeologist don’t share this with the general public as it’ll debunk evolution and it’s religious roots.

Prepare For The Return Of The Giants – with Steve Quayle Pt1 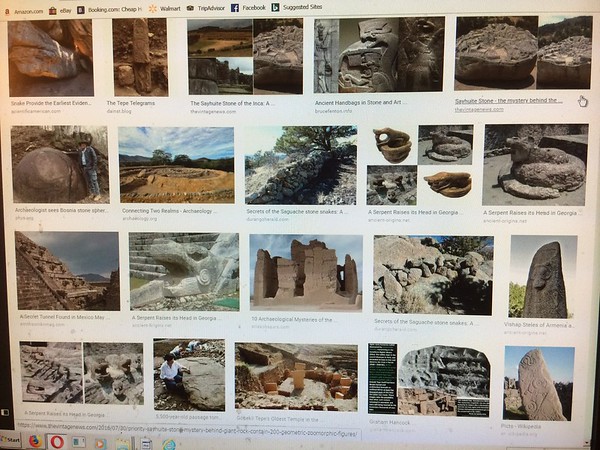