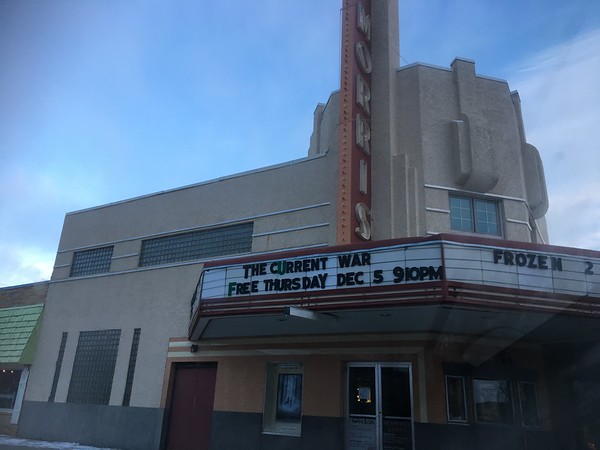 Interesting Facts behind the Story

Thomas Edison, George Westinghouse, and the Invention of the Electric Chair (2002)

”
In 1889, New York’s Electrical Execution Law, the first of its kind in the world, went into effect, and Edwin R. Davis, the Auburn Prison electrician, was commissioned to design an electric chair. Closely resembling the modern device, Davis’ chair was fitted with two electrodes, which were composed of metal disks held together with rubber and covered with a damp sponge. The electrodes were to be applied to the criminal’s head and back.

On August 6, 1890, William Kemmler became the first person to be sent to the chair. After he was strapped in, a charge of approximately 700 volts was delivered for only 17 seconds before the current failed. Although witnesses reported smelling burnt clothing and charred flesh, Kemmler was far from dead, and a second shock was prepared. The second charge was 1,030 volts and applied for about two minutes, whereupon smoke was observed coming from the head of Kemmler, who was clearly deceased. An autopsy showed that the electrode attached to his back had burned through to the spine.

Dr. Southwick applauded Kemmler’s execution with the declaration, “We live in a higher civilization from this day on,” while American inventor George Westinghouse, an innovator of the use of electricity, remarked, “They would have done better with an axe.”..”

Zagorski and the history of the electric chair

Today, 3 phase alternating current electrifies the entire world. What most people don’t know is that J. P. Morgan and his crony Thomas Edison fought a ferocious battle against alternating current. It is called the War of the Currents, and lasted from 1885 to 1912…

Edison was clueless about the great benefits of AC.

In 1884, a young Serb immigrant named Nikola Tesla introduced him to his AC motor.

Edison and his boss Morgan completely rejected this revolutionary invention…

Tesla worked for many months and finally the problem was solved. Did Edison keep his promise and pay him for all his hard work?. . . absolutely not….Tesla quit the Edison Company in disgust:

For a paltry few thousand dollars they lost not only a man who would have saved them many times that amount each year, but they also lost an opportunity to obtain world control of the greatest and most profitable electrical invention ever made. (O’ Neill, Prodigal Genius, p. 58).
After quitting the Edison Company, Tesla had to work as a manual laborer for a year digging the streets of New York. This was the worst time in his life as a poor stranger in a strange land….He was befriended by the foreman of the work gang who persuaded him to form his own company.

…
The first application of current was botched and Kemmler did not die until the current was fired up a second time. When he was dead, the Morgan owned newspapers (New York Times) said that he had been “Westinghoused.”

Thank God that this desperate, deadly gambit by Morgan and Edison failed to turn people away from AC and eventually AC triumphed over DC and became the standard universal current…

Colonel John Jacob Astor IV was a close friend and financier of Tesla. Tesla lived at his hotel, the Waldorf Astoria, in New York City.

Tesla’s wireless transmission of electricity offered free electricity to the entire world. That was just too much for Morgan and the Bank of England. They wanted to control all forms of energy around the world.

..
Only months after Morgan’s death, the corrupt 3rd Bank of the “United States” was chartered; and in 1917 the United States was lured into war in Europe by MI6.
…”

Was the Titanic deliberately sunk by JP Morgan? 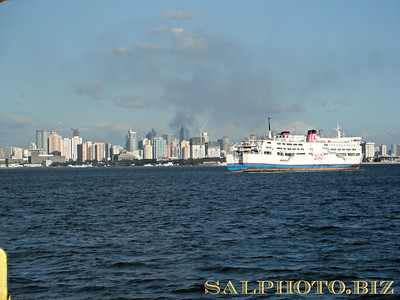 The Ship that Never Sank theunredacted 30 Jan 2018 theunredacted.com
Was the Titanic swapped with its sister ship the Olympic as part of an insurance scam?
“..Titanic was one of three Olympic class ocean liners built at the Harland and Wolff shipyards in Belfast,  the other two being the RMS Britannic and the RMS Olympic…”

Life in Wilmerding
The Ideal Home Town
(From The Wilmerding News, September 2, 1904)loc.gov
‘..The first named is composed almost entirely of the more enlightened and prominent men employed by the great Westinghouse plant which forms the sole industrial basis of the place. Electricians, engineers, clerks, surveyors, heads of departments and mechanics are found in the ranks of this organization, a delightful fellowship pervading the whole. Many of the members are college graduates, coming from such standard schools as the Massachusetts Institute of Technology, Cornell University, Yale, Harvard or University of Chicago. The features described, however, do not constitute the sole basis for the superiority of Wilmerding as an attractive residence quarter and as a town in general. The streets are excellently paved and kept as clean as can be and the business buildings erected of late bear the stamp of beauty as well as being perfectly adapted to their uses. The residence streets, particularly Marguerite Avenue, are beautiful with well kept shade trees and lawns and are lined with handsome, substantial houses. There are many artistic front yards in Wilmerding, thanks to the broad minded policy of the Westinghouse interests in offering annual prizes for the best examples of this kind. The company sets a signal example itself in the beautifying of the spacious grounds around the big office building. There are rows of magnificent plants of all kinds and beds of beautiful collas, all maintained in faultless condition by expert gardeners…”

Nikola Tesla’s Religion and Political Views | HollowverseThe … hollowverse.com
“…Tesla was raised a Serbian Orthodox. His family was likely quite devout as his father was a priest in the church.1

As an adult, Tesla developed a nuanced view of religion and mankind’s place in the universe. You could say his personal philosophy was closer to Buddhist with its orientation toward unity and oneness. He often said things like:..

Tesla never fully bucked his Christian indoctrination and at the very least, he acknowledged it, saying:

The gift of mental power comes from God, Divine Being, and if we concentrate our minds on that truth, we become in tune with this great power. My Mother had taught me to seek all truth in the Bible; therefore I devoted the next few months to the study of this work.5..”

Tour of the Chicago World’s Fair of Today

The World’s Columbian Exposition of 1893

Curious City: What was it like to be a visitor at the 1893 World’s Fair?

All the World Is Here: Anthropology on Display at the 1893 Chicago World’s Fair 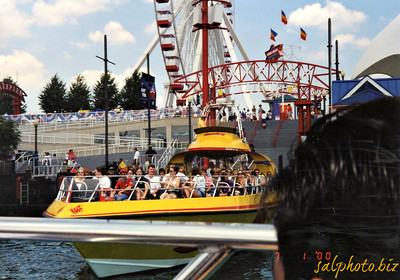 Charged up: the history and development of batteries April 30, 2015 1.23am EDT theconversation.com
“..Batteries have been with us for a long time. In 1938 the Director of the Baghdad Museum found what is now referred to as the “Baghdad Battery” in the basement of the museum. Analysis dated it at around 250BC and of Mesopotamian origin.

..”
The Baghdad battery ancient-origins.net
“..Although it is not known exactly what the use of such a device would have been, the name ‘ Baghdad Battery ’, or ‘Parthian Battery’, comes from one of the prevailing theories established in 1938 when Wilhelm Konig , the German archaeologist who performed the excavations, examined the battery and concluded that this device was an ancient electric battery. Another theory suggests that they were containers to hold papyrus. ..”

The Baghdad Battery – Did Ancient People Enjoy Electricity Like We Do?

Dr. Michael S. Heiser discusses the Baghdad Battery, and whether or not ancient people had the benefit of electricity for everyday living. And if they were using electricity, who brought it to them? Learn more from this episode at the FringePop321.com website at: https://www.fringepop321.com/the-bagh&#8230;..”

OPBC Online
Published on Jun 22, 2017
”
This new video in the Pre-Flood series has tons of pictures and documents. Please see our other video in this series called “The Sights And Sounds Of The Pre Flood World”. Also in this in this format it is a must watch.

Check out this video of Steven Hawking

Batteries: A Big Idea That Turned on the World 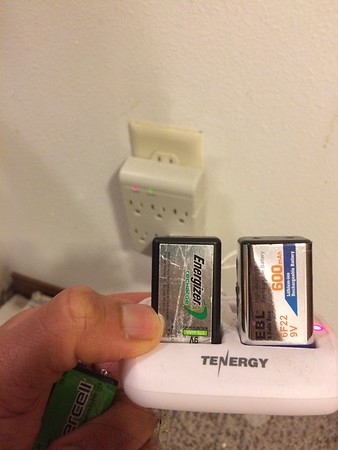 “They’re going to need a lot of support, and that’s what they deserve.” said Cowley, a Minnesota native and daughter of former KARE 11 anchor Pat Miles.

Cowley lives in Pulga, California, an abandoned mining town turned resort destination, located about 90 miles north of Sacramento. The town is also now ground zero for the fire investigation and a potential lawsuit against the PG&E electric company. “.

☑️ Virtual Shield VPN Works. Hide your online ACTIVITY and LOCATION by getting the best VPN Deal in the world with this link:

Without exaggeration, this CHARGER is well worth looking at. You give this as a gift and people will remember it for a LONG time. Here’s your link: http://bit.ly/PatriotCharger *** Your coupon code is IMPACT10

The footage is near the end…and well worth the wait!!

Santa Rosa and Napa wildfire destruction from above 13 October 2017 From the section US & Canada bbc.com

“..Deadly wildfires in northern California have destroyed more than 3,500 buildings and forced 25,000 people to leave their homes.

Firefighters are still battling the fires which have at least 40 dead and left scars across 170,000 acres (265 square miles) of land. Satellite images show the extent of the around the city of Santa Rosa…”

Coffey Park in Santa Rosa is Ground Zero for California fire devastation Jonathan J. Cooper | AP October 14 2017 scpr.org
A US flag hangs on a tree in the widfire-ravaged Coffey Park neighborhood of Santa Rosa, California, on October 11, 2017. ROBYN BECK/AFP/Getty Images
“..Coffey Park, a square mile of middle-class homes and friendly neighbors on the northern edge of Santa Rosa, was among the hardest hit areas from the series of wildfires that broke out Oct. 8 in Northern California. Dozens died, and thousands of homes were destroyed, 2,800 alone from the Tubbs Fire that scorched Santa Rosa.

Fueled by fierce winds, the flames chewed up hillsides, jumped over a six-lane highway and sent thousands fleeing for their lives. Many had nothing but the clothes they wore, leaving behind all their possessions and a lifetime of mementos.

At least two of the dead were killed in Coffey Park — a number that could rise once authorities sift through ash to see if there are bone fragments, teeth, medical devices or anything else that could identify human remains…”

for eyes that can see, there is something wrong here, the melting/ burning point of common household materials like glass (2600℉) and stainless steel (2800℉) are DOUBLE the temperature of house and forest fires (1100℉) … and you might expect Rod Sterling to pop out at any moment in this footage..bc it’s like the Twilight Zone!!
http://www.nifast.org/blog/07/do-you-&#8230;
https://www.google.com/search?q=alumi&#8230;

How and Why CA Fires Were DEW Created

Agenda 21 Depopulation California For 21st October 2017 But Trump Has Another Plan ?

Question Everything
Be the Change You Want to See!