#ClintonNation: This is why Americans are voting for Hillary Clinton
Rick Hampson, USA TODAY 12:28 p.m. EDT July 25, 2016 usatoday.com
“..They’re with her because they find Hillary Clinton so qualified and Donald Trump so … terrifying.

“I’m excited — I want Hillary to get elected. But kind of scared, too,’’ says Jennifer Gibbens, 36, a Springfield, Mo., social worker. She’s afraid Trump would “take us back to the Dark Ages.”..”
All About Hillary Clinton – US Presidential Election 2016 Democrat Candidate

Here are the prominent Republicans who have said they’ll be crossing party lines and voting for Clinton in November:..” 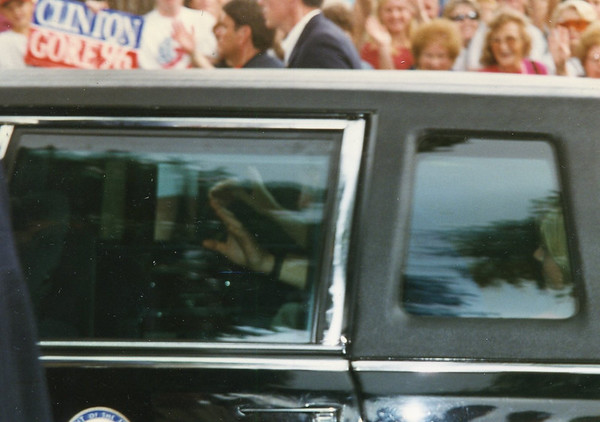 Western Journalism
Our very own Tom Hinchey says Hillary is “looking more like a mob boss than a president.” Find out why:

SHOCKING: Author Peter Schweizer says he’s had to hire full-time security since releasing his controversial new book, which questions millions in foreign donations to the Clinton Foundation while Mrs. Clinton was secretary of state.

Will Hillary be able to recover from this campaign firestorm?

http://nypost.com/2015/10/02/secret-service-agents-hillary-is-a-nightmare-to-work-with/
As he told me: “No one would hire such a person to work at a McDonald’s, and yet she is being considered for president of the Minnesota United FC States.”

Why Hillary is more dangerous than Trump JOhn Pilger.docx

Julian Assange fuels conspiracy theories about Democratic aide’s death
Michael Walsh 13 hours ago (Aug 10th 2016) news.yahoo.com
“..In an interview on Dutch television, the Australian cyberactivist invoked the unsolved killing of Seth Rich, 27, earlier this summer to illustrate the risks of being a source for his organization.

Citing WikiLeaks protocol, Assange refused to confirm whether or not Rich was in fact a source for WikiLeaks, which has released thousands of internal DNC emails, some of them politically embarrassing. Experts and U.S. government officials reportedly believe that hackers linked to the Russian government infiltrated the DNC and gave the email trove to WikiLeaks.

But Assange was apparently interested in hinting about an even darker theory.

“Whistleblowers go to significant efforts to get us material, and often very significant risks. There’s a 27-year-old, works for the DNC, who was shot in the back, murdered just a few weeks ago for unknown reasons as he was walking down the street in Washington,” Assange said on Nieuwsuur. BuzzFeed drew more attention to the interview in the U.S.
…

BREAKING : Clinton Foundation Tied to Convicted Child Trafficker Laura Silsby – MEDIA SILENT By TruthFeedNews November 5, 2016 truthfeed.com
“…Silsby is the former director of “The New Life Children’s Refuge.” She was caught trying to kidnap 33 Haitian children, most of whom had families. By following the trail of declassified Wikileaks emails the social media blogger discovered that Huma Abedin was “constantly forwarding emails to Hillary Clinton” about Laura Silsby’s organization.

The blogger also linked Clinton emails to an attempt to protect Laura Silsby from prosecution.

The blogger known as PleadingtheYiff was a user on social media website Reddit according to a Daily News article which Charisma News quoted in their story. They suggested that there was a connection to Secretary of State Hillary Clinton’s Chief of Staff Cheryl Mills and others after finding emails that appear to be drafts after extradition.

The discovery also included Wikileaks emails from Hillary Clinton, the content of which reveal Clinton contacting a lawyer regarding ten people arrested involved in the child trafficking ring. It was also revealed that the lawyer who represented Silsby was a convicted child sex trafficker.
..”

This Video SHOULD Cost Hillary Clinton The Black Vote

WATCH Hillary Clinton’s racist “super predators” speech. Cenk Uygur, host of The Young Turks breaks down the speech and what Clinton really meant. Tell us what you think in the comment section below.

“Is Hillary Clinton really the kind of candidate who will rally progressives and the black community behind her when she refers to urban youth as “super predators” with “no conscience, no empathy”?

She suggests that rather than trying to understand how poverty and social exclusion may have led children to make certain choices, it is more important to first “bring them to heel.”

Hillary is talking about using the full force of the law to drive these children into submission.”*

Allegations of fraud and misconduct at Nevada Democratic convention unfounded

Whistleblower Julian Assange has given one of his most incendiary interviews ever in a John Pilger Special, courtesy of Dartmouth Films, in which he summarizes what can be gleaned from the tens of thousands of Clinton emails released by WikiLeaks this year.

READ TRANSCRIPT: http://on.rt.com/7ty5&#8221;
WikiLeaks Continues to Prove Worst Fears About Clinton Presidency By Michael Sainato • 11/08/16 4:20pm observer.com
“…Hillary Clinton has been proven to be as inauthentic and scripted as her critics initially claimed, with her campaign staff often debating in released emails what Clinton should say and what her policies should be without the candidate making any actual input. Clinton’s highly paid PR consultant Mandy Grunwald called her “cronyistic” and said that she hasn’t driven a car in 35 years and has flown all over the world but accomplished nothing.

Dubious and prolific Clinton donors George Soros and Haim Saban have unabated access to Clinton and her campaign staff.

The Assistant Attorney General at the Department of Justice Peter Kadzik was tipping off the Clinton campaign to confidential dealings of the DOJ.

The Clinton campaign meddled with the dates of the Democratic and Republican primaries to benefit Clinton. Donald Trump was purposely elevated by the Clinton campaign and mainstream media in order to provide Clinton with a weak opponent in the general election.
..”

Are you going to support Hillary -yes or no? Why?