Do you “swear” ? Be honest!?? I think we sometimes don’t know what we say are actually “swear” words. Here are some sites that have a list of them:

Why Do We Swear?

There are certain words I just can’t write in this sentence. Profanity. Swear words. But… why? Benjamin Bergen explains the science of swearing.

1
: to treat (something sacred) with abuse, irreverence, or contempt : desecrate

It’s Okay To Swear Around Your Kids, Says Science scarymommy.com
“Like it or not, when you become a parent, you become a role model. And in order to be the best example for your kids, you’re often forced to change your behavior. It’s not always easy, but a new book from a professor of cognitive science is here to ease your load. Because according to him, it’s okay to swear around your kids. F___ yes!…”

Leonardo DiCaprio was uncomfortable with cruel Django Unchained character 17/12/2012 newshub.co.nz
“..He says, “It was this incredibly interesting horrific character. I mean, there was absolutely nothing about this man I could identify with. I hated him and it was one of the most narcissistic, racist characters I’ve ever read in my entire life.”

DiCaprio reveals he almost chose to soften his character – but was persuaded to stick to his tough approach by Foxx and Jackson, who both play slaves, because there really were slave masters like that throughout American history.

He continues, “One of the pivotal moments for me was this initial read through, I wondered if it needed to be this violent and this atrocious to other human beings and it was Sam and Jamie who said, ‘If you sugarcoat this people are gonna resent the hell out of you. You got to push this guy to the outer extreme.’ That is what ignited me into going the way I did into the character. Once I read about the sugar plantations (in history), we’re just scratching the surface of what happened in this country.”

DiCaprio was also hesitant about using the ‘N’ word repeatedly, as dictated by Tarantino’s script, but Jackson let him know none of his black co-stars were offended by the racially derogative term because it was the language of that time.

Foxx explains, “At one point he (DiCaprio) was feeling it was tough saying his lines, ‘nigga, nigga’ and Samuel pulled him aside and says, ‘Hey motherf**ker, this is another Tuesday for us. Let’s go!’ They were really trying to go back to that time.”..”

Donald Trump Swearing ***Graphic Language*** , from youtube.com
Unpresidential Profanity: The Reason Trump Doesn’t Give a Damn<
Posted to Politics February 08, 2016 by David Eldridge insidesources.com
“..Even Fox News’ Bill O’Reilly, who calls Trump a friend, said the blue language is inappropriate: “Advice to Trump: Using profanity on campaign trail is not presidential. Most use it, including me, but we are not running for [president],” O’Reilly tweeted Friday.

But linguists who study the way Americans curse say that in a culture more saturated than ever with blunt language — from Martin Scorcese films to HBO series to pop music lyrics and uncensored tweets — Trump isn’t breaking new ground. He’s simply reflecting a new norm.

Jesse Sheidlower, author of “The F Word,” said cultural definitions of what is or is not taboo shift — sometimes dramatically — over time…”

People who swear a lot are more likely to be honest, study finds – Mirror mirror.co.uk

While you may curse, use swear words, and say all sorts of profanity with your friends, should you use it in your YouTube videos? There’s certainly benefits to not swearing in your videos if you’re hoping to have as many opportunities available to you as possible (like brand deals), but some creators may feel like they then have to pretend to be someone they’re not. What do you think? Do you eliminate swearing from your videos or do you keep it in?

Jerry Seinfeld Explains How To Be Funny Without Sex Or Swearing
http://go.vcreators.co/1unbmty

How Matt Santoro Developed His Unique Brand on YouTube
http://go.vcreators.co/1seE2ef&#8221;

Profanity – A Biblical Assessment by Wayne Jackson christiancourier.com
“..He wonders how it is that one identifies “profanity.” The Bible only warns against the evil use of language in a general way, but it doesn’t specify which words are to be avoided. Is it a cultural question?

This is an excellent item for study. It is true that this issue is not addressed in a solitary, compact biblical context. There are, though, helpful principles in Scripture that assist in clarifying this bewilderment. Think about these points for a moment…” 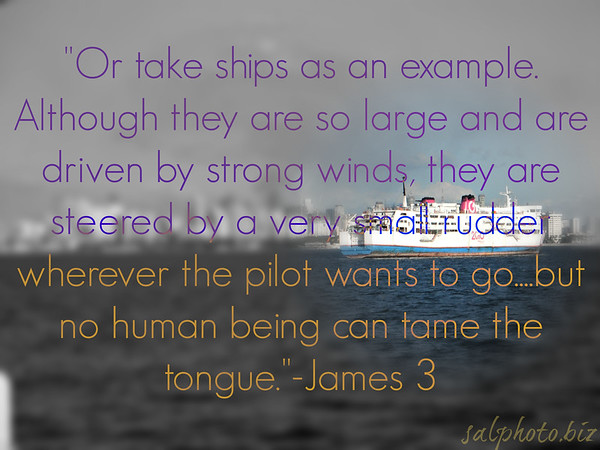 Sal: I used to swear “a lot” growing-up due to anger issues and the culture. I remember one swear word in Filipino (parents’ native language) as my parents would say it all the time whenever my siblings or I would do something bad. They would get mad if we repeat it..lol! I didn’t realize how bad it was until I went to college after becoming a Christian (see personal testimony) and my “friends” would tell me that I need to cut it! One friend challenged me to put a quarter in the church offering every time I swore. This was a great challenge as a “poor” college student. I slowly decreased my swearing as I realize I didn’t really have enough money anymore! Lol! My profanity/swearing didn’t go right away. I remembered many years ago I was doing a “church” volunteer activity and a lady from church “challenged” me that the words I was using isn’t used in her household. I never realized what I was saying was “profane”, which was opened my eyes more on the “need” to grow out of this. When I catch myself saying anything “negative” overall now, I try to ask God for forgiveness and double the “negative” with a “positive” (e.g. I would sing/say “Praise the Lord”!) I’m getting better each time..thank you God for helping me!

What are your thoughts? Should “we” swear or not? Why? Feel free to share your sources or websites that you might have to support your answer..