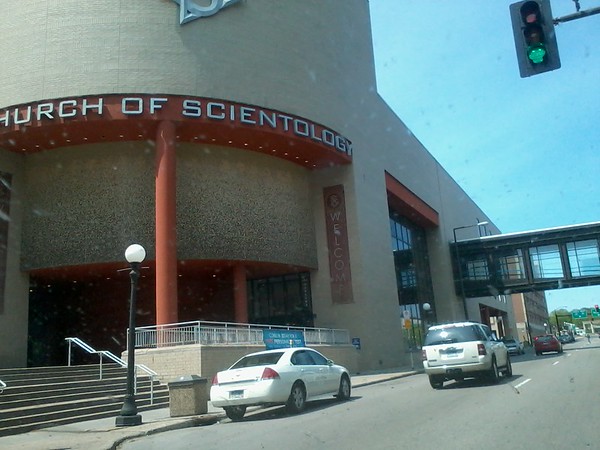 The Bizarre True Story of Scientology Founder L. Ron Hubbard Apr 26, 2019 Katie Vernon thevintagenews.com
“..During his time in the military, Hubbard kept a diary. He famously suffered from a lack of self-esteem, so would write strange messages to himself in order to try and raise his confidence levels. Messages like “I can have no doubts in my psychic powers” and “Men are your slaves” were written there. Many of his writings were related to his prowess in bed. The Church of Scientology has kept a lot of these so-called “affirmations” under wraps for years…

L. Ron Hubbard
Articles & Essays lronhubbard.org
DOES SCIENTOLOGY HAVE A SCRIPTURE? scientology.org
“..Yes. The written and recorded spoken words of L. Ron Hubbard on the subject of Scientology collectively constitute the scripture of the religion. He set forth the Scientology theology and technologies in tens of millions of words, including hundreds of books, scores of films and more than 3,000 recorded lectures…”

Truth about L. Ron Hubbard allaboutreligion.org
QUESTION: Truth about L. Ron Hubbard – A Scientology Counterpoint from a Concerned Citizen
“..The e-meter was actually invented by Volney Mathison. It is nothing more than a crude lie detector (galvanic skin response meter.) By the way, L. Ron Hubbard ruined Mathison. Interestingly, the same fate awaited David Mayo, Hubbard’s auditor and the creator of many of the Scientology ‘Rundowns’ and ‘OT levels’. In fact, many people have been hurt or had their families viciously broken up through scientology ‘disconnection’, and have suffered harassment through ‘fair-game’.

Finally, if readers would like to do some fact-checking on L. Ron Hubbard and the Church of Scientology, Chris Owen and David Touretzky have written much on the subject of Hubbard’s true biographical history…

Inside the Scientology Celebrity Centre: An Ex-Parishioner Reveals All

WHEN I CAME OUT AS GAY, THE CHURCH OF SCIENTOLOGY HUMILIATED ME AS TOLD TO ROSE MINUTAGLIO SEP 25, 2018 elle.com
“..For years, Michelle LeClair, 45, was a prominent member of the Church of Scientology. She claims to have donated an estimated $5 million to the Church and claims to have acted as a spokesperson when Tom Cruise and Katie Holmes had a baby. In her new memoir, Perfectly Clear, LeClair, a mother of four, says the Church targeted and humiliated her for being gay when she came out, ultimately leading to her defection. The Church denies her claims, telling ELLE.com they’re “pure fiction.”

Jenna Miscavige is the niece of David Miscavige. Having lost her childhood to the “Church” who do not believe in the family unit, Jenna wrote a book “Beyond Belief” and did a series of media interviews. Parental time is minimal when a child is raised in the Church. See my other video “Anti -kids, Anti Family, Anti-Psychiatry.”

What happens if you “leave”?

Michelle LeClair, former scientologist and author of “Perfectly Clear,” shares her story of leaving the church after having been a member since 1989. In her book, LeClair claims that government investigations into her and her business partner were instigated by the Church of Scientology, a claim the church, as well as an official for the California Dept. of Business Oversight denies.
» Subscribe to TODAY: http://on.today.com/SubscribeToTODAY
» Watch the latest from TODAY: http://bit.ly/LatestTODAY

10News WTSP
Published on Jun 20, 2019
The Church of Scientology and its leader David Miscavige are the targets of a lawsuit by a former member of the church, who alleges child abuse, human trafficking and intimidation.

The lawsuit was filed Tuesday in Los Angeles. In court documents, the defendant was called Jane Doe to protect her identity.

According to the lawsuit, Doe was born to Scientologist parents in 1979 and lived from ages 6-12 at the spiritual headquarters of the church in Clearwater.

She claims she was forced to work from 8 a.m. to midnight and only instructed on Scientologist teachings.

Doe claimed at age 10, she was subjected to a ritual called “bullbaiting,” where she says she had to sit in a chair while obscene things were shouted at her. According to the lawsuit, she was expected to show no reaction; if she did, she claims the practice would start over.

The lawsuit says when she was 15, Doe was lured to Los Angeles with promises of fair pay and a simple job. Instead, she claims she was forced to work long hours for little pay.

She became a member of the Sea Org, which the suit describes as a military-like “sub-organization for Scientology’s most dedicated members.” The suit claims members sign a “billion-year contract” dedicating their lives to the church and work an average of 100 hours a week for $46.

Doe said she started working as Miscavige’s steward seven days a week and became close to his wife, Shelly.

Miscavige, though, had a falling out with his wife in 2005, Doe said. That led to Doe being sent to “the hole,” a pair of double-wide mobile homes where those accused of ethics violations were kept under strict surveillance, the lawsuit alleges.

She claims she was kept there for three months, then sentenced to three months of hard labor.

Doe said she tried to escape the church in 2016 but came back because of her family connections. She finally left for good in 2017 and now works with actress Leah Remini, who has become an outspoken critic of Scientology.

Doe’s story became part of an episode of Remini’s TV series “Leah Remini: Scientology and the Aftermath,” which told the story of defected church members.

The suit claims the church set up a hate website — leahreminiaftermath.com — that targeted Doe and the others featured on the show. The website contains what the suit calls “false, defamatory and inflammatory information about Jane Doe, all under the (Church of Scientology) copyright.”

The suit claimed similar articles and videos about Doe appeared on the official website of Freedom Magazine, a Scientology-run publication.

“Scientology for decades has sought to quash dissention, cover up its long history of physical, emotional, and sexual abuse of its members, including its most vulnerable members, its children, and weaponize its doctrine against those who escape and find the courage to speak up,” said Attorney Brian Kent of Laffey, Bucci & Kent, LLP, which filed the lawsuit. “This is just the beginning and we are not going to stop until they do.”

In response to the lawsuit, a spokesperson for the Church of Scientology said the lawsuit was filled with nothing more than unfounded allegations. The spokesperson said Jane Doe’s complaint was littered with “anti-religious slurs culled from the tabloids” and accusations that have already been disproven in courts.

“We are confident the lawsuit will fail,” the Church of Scientology wrote in an email. “Federal courts have already determined that service in the Church of Scientology’s religious order is voluntary and protected by the First Amendment. Moreover, the evidence will establish that while serving the Church, Plaintiff came and went freely, traveled the world, and lived in comfortable surroundings. The Church will vigorously defend itself against these unfounded allegations.”

20/20 Scientology: A War Without Guns
https://www.youtube.com/watch?v=WBWJYDQrLQI
“..Actress Leah Remini Sits Down With Anchor Dan Harris to Discuss Her Fight Against the Church. “20/20” reports on former members of the Church of Scientology, including those who are crusading against it and others who still practice outside the Church. In a new interview, ABC News’ Dan Harris sits down with actress Leah Remini, who describes her fight against the Church, including her goal to have the organization lose its tax exempt status as a religion. The Church claims that the movement against it is a conspiracy led by a handful of people who spread lies for fame and money..”

CBS Los Angeles
Published on Jun 18, 2019
A woman initiated legal action against the Church of Scientology saying she was harassed by the organization after leaving the church and appearing in the “Leah Remini: Scientology and the Aftermath” series.
Category

Real Stories
Published on Feb 15, 2017
Scientology is one of the world’s most controversial and secretive religions. Famous followers extol its virtues but a series of suspicious deaths brings into question its treatment of their members.

In this film, we investigate three cases of deaths of Scientology members. We find incomplete police investigations, suspicious circumstances and family members who are convinced there is more to their loved ones deaths’ than meets the eye.

A look at the dark side of a new but powerful religion.

#NXIVM Case Over? Hope not. Scientology Next? Kaufman Revisited.

Tom Cruise is in the closet: https://youtu.be/Ai3bEhlYgzc

Cheers, and God Bless everyone.