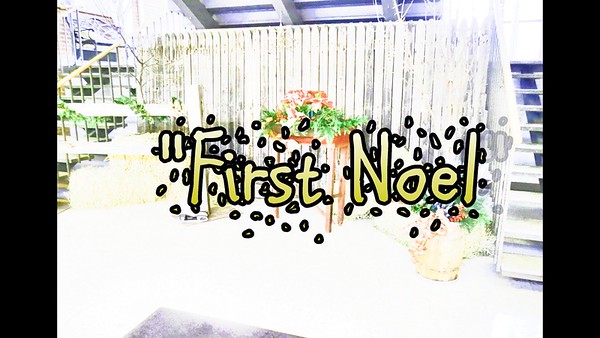 The First Noel (With Lyrics)

History of Hymns: “The First Noel” by C. Michael Hawn umcdiscipleship.org
“..Christmas hymns, by contrast, are a part of the literate song tradition. While carols began to flourish during the medieval era, Christmas hymns can be traced back to the fourth century during the Council of Nicea (325 A.D.) and subsequent councils where the Nicene Creed was shaped, defining the nature of Christ in what became orthodox theology. These early Latin hymns were polemical statements that explained the doctrine of the Incarnation in opposition to Arianism, a concept that asserted that Jesus Christ, the Son of God, was created by God at a specific point in time and was an entity distinct from God the Father, and therefore subordinate to the Father. “Corde natus ex Parentis” (“Of the Father’s Love Begotten,” The United Methodist Hymnal, 184) is one of the most famous hymns from the orthodox perspective that is still sung. The Spanish judge Aurelius Clemens Prudentius (b. c. 348–d. c. 413) left a legacy for the church’s sung faith that has lasted for centuries. (See History of Hymns: “Of the Father’s Love Begotten” »)..”