During the same year as his wedding to Testolini, Prince also became a Jehovah’s Witness, embracing the faith after years of study though he was raised as a Seventh-Day Adventist. His mentor as a Witness was bassist Larry Graham, who had played with Sly & the Family Stone and thus was also a major musical influence.

Prince was believed to have taken part in what’s referred to as field service for his faith, having once visited a Jewish couple in Eden Prairie, Minnesota and leaving behind a copy of the Witness publication The Watchtower. His language and performance sensibilities changed somewhat, with some fans questioning how some of the conservative aspects of his religion jibed with the explicit nature of past songs. Contradicting the rock/soul persona, others have pointed out that Prince has historically had songs that were clearly Christian in nature, as seen with “The Ladder,” “The Holy River,” “The Cross” and “God,” the gospel B-side to the single “Purple Rain.” ..”
Prince
Biography
“..Prince Rogers Nelson was born in Minneapolis, Minnesota, to Mattie Shaw, a jazz singer and social worker, and John L. Nelson, a lyricist and pianist. His father’s stage name was “Prince Rogers”. His parents were both from African-American families from Louisiana. They separated during his youth, which lead him to move back and forth. Prince had a troubled relationship with his step-father which lead him to run away from home. Prince was adopted by a family called the Andersons. Prince soon after became friends with the Anderson’s son, Andre Anderson (Cymone) together along with Charles Smith they joined a band called Grand Central. The band later renamed themselves Champagne and were a fairly successful live band, however soon diminished…”

New upload 2016. Do we really know the man behind the music?This Documentary film, explores how Prince – showman, artist, enigma – revolutionised the perception of black music in the 1980s with worldwide hits such as 1999, Kiss, Raspberry Beret and Alphabet Street. He became a global sensation with the release of the Oscar-winning, semi-autobiographical movie Purple Rain in 1984, embarking on an incredible journey of musical self-discovery that continued right up to his passing in April 2016, aged 57.

This documentary primarily focuses on Prince’s creative and commercial output during the 1980’s, with anecdotes provided by several of the key collaborators of the era, some great insight is provided into the inner workings of the 1980’s Purple Reign.

Packed with live performance and studio footage, rare photographs and new interviews with friends, confidants, fellow musicians and other people close to Prince, the program sheds light on one of the industry’s most innovative and influential artists.

From the psychedelic Around the World in a Day to his masterpiece album Sign O’ the Times and experiments with hip-hop and jazz, Prince was one of most ambitious and prolific songwriters of his generation. He tested the boundaries of taste and decency with explicit sexual lyrics and stage shows during his early career and in the 1990s fought for ownership of his name and control of his music, played out in a public battle with his former label, Warner. Highly regarded as one of the most flamboyant live performers ever, Prince was a controversial and famously elusive creative force.

THE TRUTH IS OUT THERE.

THANK YOU FOR CHECKING US OUT. STOP BY ANYTIME!

Let US know what is on YOUR MIND.

Sal: I had a chance to attend a concert at First Avenue during my early college years. I don’t remember the band that was performing, but it was a cool weekend late night hangout with some college friends. 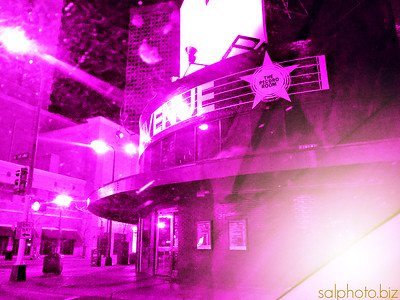 We’re proud to foster relationships with artists and musicians at all stages in their careers, whether it’s playing their first show at the 7th St Entry, selling out multiple nights in the Mainroom, or shooting one of the greatest music films of all time in our room (Purple Rain, if you couldn’t guess).

By presenting local acts almost every night of the week at the 7th St Entry, First Avenue has been the launching pad for local bands like Atmosphere, Hüsker Dü, the Replacements, Semisonic, Soul Asylum and more.

First Avenue has additionally been a stepping stone for national musicians including Joe Cocker, U2, Eminem, Tina Turner, Black Flag, The Ramones, Depeche Mode, Bo Diddley, Lucinda Williams, Metallica and, of course, Prince. Working with bands like these, First Avenue strives to support the best that live music has to offer…”

The video, which will bring any PRINCE fan all sorts of feels, contains some amazing commentary about the song, the recording process, and little tidbits which tell the ‘story behind the song’ which really is the defining work of an artist whom was called home too soon.

It’s got over FOUR MILLION views. Feel free to add a few more. 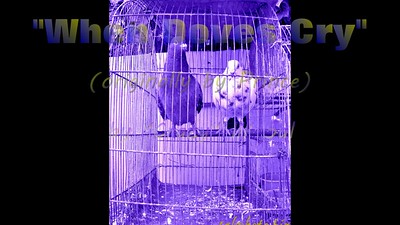 When Doves Cry by Prince songfacts.com
“.. Prince wrote this song for his movie Purple Rain. In the film, the song plays under a montage after his character loses his girl (Apollonia) to his rival (Morris – Morris Day of The Time). We see Prince riding his motorcycle along with shots of intimate moments with Apollonia. In the movie, Prince has a difficult relationship with his father, who beats his mom. Scenes of his father come in on the lyrics where Prince calls him “demanding.”

The film is semi-autobiographical, but how much is based on real life remains a mystery, as Prince rarely gave interviews and didn’t talk about his personal life. In the movie, the song expresses his fear of becoming like his parents. When the doves cry, that’s his musical refuge – the barrage of keyboards in the chorus represents the doves crying…”
Prince and The Revolution – When Doves Cry

Prince and The Revolution – When Doves Cry from Matze on Vimeo.


10 Surprising Facts About Prince mentalfloss.com
“…2. HE WAS A JEHOVAH’S WITNESS.

Baptized in 2001, Prince was a devout Jehovah’s Witness; he even went door-to-door. In October 2003, a woman in Eden Prairie, Minnesota opened her door to discover the famously shy artist and his bassist, former Sly and the Family Stone member Larry Graham, standing in front of her home. “My first thought is ‘Cool, cool, cool. He wants to use my house for a set. I’m glad! Demolish the whole thing! Start over!,'” the woman told The Star Tribune. “Then they start in on this Jehovah’s Witnesses stuff. I said, ‘You know what? You’ve walked into a Jewish household, and this is not something I’m interested in.’ He says, ‘Can I just finish?’ Then the other guy, Larry Graham, gets out his little Bible and starts reading scriptures about being Jewish and the land of Israel.”..”

Prince: how did he die and what happened to his money? The big questions, a year after his death By Ben Bryant 21 April 2017 • 5:54pm telegraph.co.uk
How, exactly, did Prince die?
“..
Prince died on April 21, 2016, in a lift in his Paisley Park home in Carver County, Minneapolis, from an overdose of a powerful opioid painkiller.

A one-page autopsy report recorded his death as an accident and said “The decedent self-administered fentanyl”.

Many friends, relatives, and former girlfriends said they never saw him take drugs, although some – including his ex-wife – have said that in hindsight there were warning signs of his addiction.

There may have been other contributing factors that led to his death, but if so they could remain secret for a long time. Under Minnesota law the full autopsy report can be kept secret for up to 30 years unless the next of kin agree to release it. The question of who provided Prince with the drugs remains open, and the investigation is still active, according to Minnesota police.
..”
*see Overcoming your own addictions
Sorry, Prince is not in “a better place.” Certainly not yet. adventistreview.org
Letting God’s word speak in a moment of loss.
“…While it may be a long time before Prince, the musician, is forgotten, the fact is there really is “no further reward” awaiting him, at least not yet. His relationship with God is known best only to God right now, and anything we can say about what awaits Mr. Nelson in the future is mere speculation…”

PRINCE: “I don’t believe ANY of the stories that they told me” (about Prince’s death) says cousin 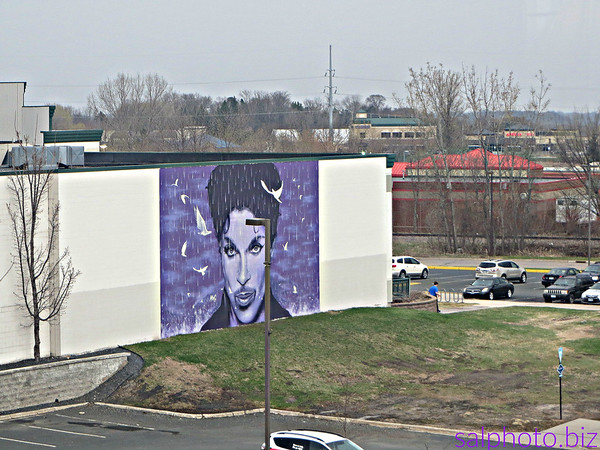