By the time World War I came around, onanism was being called “self-abuse” and described in medical texts as more dangerous to young boys than lying or stealing. Girls and women aren’t even mentioned, as if “the fairer sex” couldn’t even possibly do something so dirty.

“But I say, anyone who even looks at a woman [or man] with lust has already committed adultery with her in his heart.” (Matthew 5:28)

If you are single, fantasizing even about some fictional sexy guy is promoting lustful thoughts. If you are married and fantasizing about another man, you are violating, in your mind and heart, your promise to give yourself sexually only to your husband. On the other hand, there is nothing wrong with a married woman fantasizing about her own husband…

The apostle Paul taught that “nothing should master” us. In other words, we shouldn’t be controlled or addicted to anything…

4. Am I honoring God with my body?

“Don’t you realize that your body is the temple of the Holy Spirit, who lives in you and was given to you by God? You do not belong to yourself, for God bought you with a high price. So you must honor God with your body” (1 Corinthians 6:19–20)…. 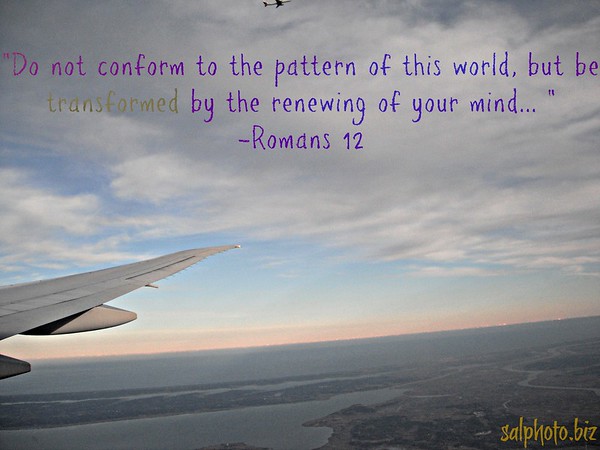 What are your thoughts?

The whole homosexual issue has been on the news a lot lately-especially with the recent elections! I’m just glad the elections are over….lol! Well, the topic on whether same-sex marriage should be allowed or not was a “hot issue”! I’m not here to talk about politics because I got away from that during my college years as I decided I don’t want to get involved in this as a career…thanks God! I can’t speak for God or for Christians, but my “two cents” I want to give is it doesn’t matter what “we” think about homosexuality, it’s what God “thinks”. How do we know what God thinks? Therefore, who are “we” to judge or what say do we have? ..Judge NOT!..

”
2 You, therefore, have no excuse, you who pass judgment on someone else, for at whatever point you judge another, you are condemning yourself, because you who pass judgment do the same things. 2 Now we know that God’s judgment against those who do such things is based on truth. 3 So when you, a mere human being, pass judgment on them and yet do the same things, do you think you will escape God’s judgment? 4 Or do you show contempt for the riches of his kindness, forbearance and patience, not realizing that God’s kindness is intended to lead you to repentance?

5 But because of your stubbornness and your unrepentant heart, you are storing up wrath against yourself for the day of God’s wrath, when his righteous judgment will be revealed. 6 God “will repay each person according to what they have done.”[a] 7 To those who by persistence in doing good seek glory, honor and immortality, he will give eternal life. 8 But for those who are self-seeking and who reject the truth and follow evil, there will be wrath and anger. 9 There will be trouble and distress for every human being who does evil: first for the Jew, then for the Gentile; 10 but glory, honor and peace for everyone who does good: first for the Jew, then for the Gentile. 11 For God does not show favoritism….

That’s God’s decision to know what to do if we just all submit and obey. We can all read the Bible and “interpret” it in our selfish (must respect each other’s individual bad or good experiences and understand one another’s view due to their experience) way, but what  I know based on what I’ve read is He is against “sexual immorality” (see Bible verses), which I’m no indifferent as I’ve committed many of these sins myself: adultery, perversity from my mouth, impure thoughts, pornography, and many other sexual inappropriate behaviors that I still continue to struggle with that are “despicable” to God that I’m not proud of. So what is “sexual immorality” (see previous blog on Struggling with Sexual Temptation)?

“12 All who sin apart from the law will also perish apart from the law, and all who sin under the law will be judged by the law. 13 For it is not those who hear the law who are righteous in God’s sight, but it is those who obey the law who will be declared righteous. 14 (Indeed, when Gentiles, who do not have the law, do by nature things required by the law, they are a law for themselves, even though they do not have the law. 15 They show that the requirements of the law are written on their hearts, their consciences also bearing witness, and their thoughts sometimes accusing them and at other times even defending them.) 16 This will take place on the day when God judges people’s secrets through Jesus Christ, as my gospel declares.

…17 Now you, if you call yourself a Jew; if you rely on the law and boast in God; 18 if you know his will and approve of what is superior because you are instructed by the law; 19 if you are convinced that you are a guide for the blind, a light for those who are in the dark, 20 an instructor of the foolish, a teacher of little children, because you have in the law the embodiment of knowledge and truth— 21 you, then, who teach others, do you not teach yourself? You who preach against stealing, do you steal? 22 You who say that people should not commit adultery, do you commit adultery? You who abhor idols, do you rob temples? 23 You who boast in the law, do you dishonor God by breaking the law? 24 As it is written: “God’s name is blasphemed among the Gentiles because of you.”[b]”–Romans 2

No One Is Righteous (Romans 3)

…19 Now we know that whatever the law says, it says to those who are under the law, so that every mouth may be silenced and the whole world held accountable to God. 20 Therefore no one will be declared righteous in God’s sight by the works of the law; rather, through the law we become conscious of our sin……

“21 But now apart from the law the righteousness of God has been made known, to which the Law and the Prophets testify. 22 This righteousness is given through faith in[h] Jesus Christ to all who believe. There is no difference between Jew and Gentile, 23 for all have sinned and fall short of the glory of God, 24 and all are justified freely by his grace through the redemption that came by Christ Jesus. 25 God presented Christ as a sacrifice of atonement,[i] through the shedding of his blood—to be received by faith. He did this to demonstrate his righteousness, because in his forbearance he had left the sins committed beforehand unpunished— 26 he did it to demonstrate his righteousness at the present time, so as to be just and the one who justifies those who have faith in Jesus.”

“..
Sinisa B.
3 years ago
God’s shoulders – I was lifted up on them when homosexuality was trying to grab me again by any and all means possible. But on His shoulders I was placed high enough from devil’s grip and the total healing became reality! Never settle for second best!! Go for God, full throttle!!﻿..”– for KING & COUNTRY – Shoulders (Official Music Video), Published on Mar 20, 2015 youtube.com