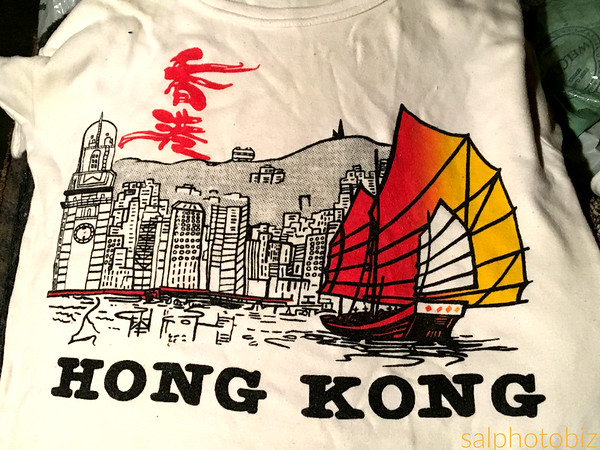 The Daily Conversation
Published on Jun 14, 2017
Its name means “fragrant harbor” in Chinese, but it could also mean city of change. This is the story of Hong Kong.

Hong Xiuquan: The rebel who thought he was Jesus’s brother 18 October 2012 By Carrie Gracie BBC News, Shanghai bbc.com
“..Originally, all Hong Xiuquan wanted was to be part of the establishment. A village schoolteacher, he immersed himself in Confucian scholarship for the civil service exam, but he just kept failing.

“He fell into what I suppose was some kind of depressive fit and he had a vision,” says Jonathan Fenby, who has written a history of modern China.

“He imagined he’d gone up to the skies and there he had met a very tall man with a long beard and thick belt who had told him to come back to Earth and eradicate the demons on Earth.”

Some time later he was given a Chinese translation of the New Testament by a Christian missionary.

“He decided on reading that, that the man he had seen up in the sky was the Christian God, that he, Hong, was the brother of Jesus, and that the devils he had to exterminate on Earth were the Qing dynasty, which was then ruling China and of course was not Chinese.”..”

“..The Europeans brought Christianity which, for Hong, was a convenient alternative to the Confucian creed which had rejected him.

“Seeing that everyone in high heavens scolded him, Confucius escaped down to earth with the leader of the demons,” goes an account of Hong’s vision, set down in writing by a follower.

Image caption
Famine and unemployment made peasants vulnerable to utopian thinkers
For the most part, China’s emperors had not bothered much with religions. Buddhism had become very popular at a time of upheaval in the 6th Century, but it appealed mostly to people at the bottom of society.

Christianity was one of the novelties which had come in with the colonial powers. They used gunboats to open China to trade, and shattered the image of order and invincibility cultivated by the Qing emperors. Vernacular translations of the Bible helped loosen the grip of the Confucian elites.

The Europeans saw Hong’s claim to be the brother of Christ as heresy, but he was not preaching for their benefit. He accompanied his spiritual message with a political one – a vision of equality and shared land ownership. This appealed to poor farmers, who were suffering from a sense of hopelessness, according to Guo Baogang of Dalton State college.

“Peasants have a very miserable life in the middle of the 19th Century,” he says.

“There’s a lot of famines and unemployment, most peasants have no land. So they’re very vulnerable to the utopian thinkers prescribing a perfect society as a way to escape from the existing society.”..”

Global News
743K subscribers
Supporters of the ongoing protests for democratic reforms in Hong Kong broke out into scuffles with supporters of the Chinese government at a shopping mall in the semi-autonomous Chinese territory on Saturday.

Pro-democracy protester Tang Siu Wa says trust between students and police has been lost. All exits have been sealed, even as police urge the students to leave Polytechnic University, she says.

Vox
Published on Jun 22, 2019
”
The people of Hong Kong are protesting in record-breaking numbers. Thanks to Dashlane for sponsoring us – Try Dashlane free here: http://www.dashlane.com/vox and get 10% off now with promo code VOX.

Correction at 7:48: The protester says “They are not doing this for themselves, but for the future of Hong Kong.”

Hundreds of thousands of Hongkongers have taken to the streets to protest a controversial extradition bill that could send Hong Kong residents to mainland China to be tried in court. Hong Kong’s Chief Executive, Carrie Lam, says the bill is meant to prevent Hong Kong from becoming a safe haven for fugitives. But its opponents fear that Hong Kong would be exposed to China’s flawed judicial system, which would lead to further erasure of the city’s judicial independence.

At first Lam was determined to move forward with the bill. But after a series of massive protests, she announced she would “indefinitely suspend” the bill. But protesters aren’t accepting the suspension, and have started demanding its complete withdrawal. They’ve also begun calling for Lam’s resignation.

But this rise in tensions is about a lot more than a bill. To understand why this bill hits a nerve with Hongkongers, it’s important to understand Hong Kong’s relationship with China – and exactly how the bill would tip the scales in China’s favor…”

Hong Kong protesters chant ‘Do you hear the people sing?’

euronews (in English)
Published on Jun 16, 2019
A song from Les Misérables was heard on the streets of Hong Kong as hundreds of thousands of protesters rallied against their Beijing-backed rulers.READ MORE : https://www.euronews.com/2019/06/17/h&#8230;

What do the Hong Kong protesters want? Alison Rourke

Tue 13 Aug 2019 01.33 EDT theguardian.com
The territory has been rocked by protests ending in violent clashes with police. Demonstrators have five key demands

The complete withdrawal of the proposed extradition bill
The government to withdraw the use of the word “riot” in relation to protests
The unconditional release of arrested protesters and charges against them dropped
An independent inquiry into police behaviour
Implementation of genuine universal suffrage..”

A Chinese spy defects to Australia. His shocking revelations are guaranteed to infuriate Beijing. How China conducts questionable activities around the world, including its attempts to infiltrate the Australian government. Subscribe here: http://9Soci.al/chmP50wA97J Full Episodes here http://9Soci.al/sImy50wNiXL

Violence escalates as Hong Kong protests enter week 10 By Bethann FlynnAugust 13, 2019 mnnonline.org
“..Hong Kong (MNN) — As protests in Hong Kong hit the 10-week mark, some demonstrations have turned violent. Protests at the airport caused the city to ground all flights yesterday. What started as a cry of concern for extradition legislation has turned into a demonstration built upon years of frustrations…..

Tsui sees a tremendous opportunity for Asian Access to equip local believers in the marketplace. In Hong Kong, the future of the Church is unknown. But equipping the local Church to share the hope they have found in Christ could be a game-changer…

Will you pray? Pray for the message of the Gospel to permeate this city, offer hope, and change hearts. Also, pray for Asian Access’s discipleship program and for it to bear fruit.

‘Sing Hallelujah to the Lord’: Unlikely Anthem Provides Cover of Legitimacy to Hong Kong Protesters ReutersUpdated:June 19, 2019, 3:23 PM IST news18.com
Although only 10 per cent of Hong Kong people are Christians, the popular hymn provides a cover of legitimacy to those protesting against the extradition bill since religious gatherings can be held without a permit in the financial hub.
‘..Hong Kong: The Christian hymn “Sing Hallelujah to the Lord” has emerged as the unlikely anthem of Hong Kong’s protests against an extradition bill that have drawn millions of people onto the streets.

Inkstone
Published on Jul 22, 2019
Christians are playing an important role in Hong Kong’s ongoing protests, which aim to preserve the city’s freedoms and autonomy.

While the Chinese government has been accused of cracking down on religious freedom in the mainland, religious groups in the former British colony of Hong Kong are flourishing.

During the campaign against a now-dead extradition bill, Christians were among those taking to the streets.

Churches have become temporary support centers. The hymn ‘Sing Hallelujah to the Lord’ has become the unofficial protest anthem for Christians and non-Christians.

As clashes erupted between protesters and police over the weekend, some Christians tried to reduce tensions between the two sides by standing between them.

We talked to Christians during the most recent major protest. Watch our video to find out more.

Published: 4:45am, 1 Jun, 2014 scmp.com
“..A cappella performers sing without accompaniment. “It’s not a very common type of music here in Hong Kong,” said Kim Lo Yee-tak, 29, one of the founders of the six-person group…”

25 Things to do in Hong Kong Travel Guide – YouTube

Hong Kong Travel Guide | What To Do, Where To Go … – YouTube