Note: This blog is a “spoiler alert” somewhat on how the book/story ends…

A short video giving a birds eye view of Graiguecullen and Carlow on the banks of the River Barrow. Also showing some of the many swans that call this area home.”

The Army Ranger Wing .military.ie
“..This Unit is officially designated ‘Sciathán Fianóglach an Airm’ which is translated as ‘The Army Ranger Wing’ (ARW). There is no direct English translation of the term ‘Fianóglach’ so the designation Ranger is the accepted version. ‘Fianóglach’ links the traditions of ‘Na Fianna’, legendary Irish warriors, with the present day Óglaigh na hÉireann, the Defence Forces. Qualified members of the unit wear the Fianóglach shoulder flash insignia..”

Documentary about the Irish UN peacekeeping mission in Lebanon.”

The history of motorcycle culture Tuesday, 12, Aug 2014 01:52 by Hayley McCrystal motorbiketimes.com
“..The Hollister Riot of 1947 was somewhat of a turning point in the evolution of motorcycle culture and helped to cement common perception of riders. What was, in reality, a small disturbance at the Fourth of July, Gypsy Tour event in California, was sensationalised by the press and presented the image of lawless bikers terrorising the town. The 1953 cult classic, The Wild One, starring Marlon Brando, was loosely based on this disturbance. A movie in which, two biker gangs terrorise a small town and that would go on to set the tone for the public’s perception of bikers for decades to come to the point where the terms ‘outlaw’ and ‘biker’ were almost synonymous and went hand-in-hand..

The Outlaws Motorcycle Club was founded in Illinois in 1935 but didn’t become an official member of the one per center Brotherhood of Clubs until 1963. The rivalry between the Outlaws and Hells Angels was widely known and is said to have led to members of the Outlaws to use the phrase ADIOS, supposedly being an acronym for ‘Angels Die In Outlaw States.’ We certainly wouldn’t want to cross them.

The Angels also made an enemy club of the Pagans Motorcycle Club, founded in 1959 in Maryland by Lou Dobkin. The Pagans quickly established a reputation as a bad-ass motorcycle club and is remembered for fighting with the Hells Angels over territory.

The stereotype of the ‘one per center’, the outlaw, the tattooed rebel popularised by outlaw motorcycle groups such as the Hells Angels, is of course based on fact but also overshadows the majority of the motorcycling community. The other 99 per cent also hold a place in the development of motorcycle culture which is alive and well today, however it is the remarkable trends in this community that help shape the widely held perceptions of the biker to this sense.

If the 1950s saw the birth of motorcycle culture, the counter-culture explosion of the 1960s is where it came of age. ..”

“…I was going to the barracks bar to drink with the lads.” he admits. Rather than spending time with Karen and the boys, John felt more at home among the soldiers he had been with in Lebanon…”-pp. 51 (Barnett)

“..John says, “I was using cocaine and drink on a regular basis. I wanted to be known as a tough guy, I wanted to cover up all the pain inside of me, and I thought I could do that on my own. Instead, it was bringing out more and more of the rage already in me…”-(pp. 52-53 Barnett)

“…It was a cycle: Hezbollah would shoot a rocket into Israel, then the Israeli tanks would roll in, then civilians in an Israeli town might be murdered by Lebanese militia, then the Israelis might broadcast that thousands in Lebanese towns must evacuate or be bombed. On and on it would go..”-(pp. 60 Barnett)


“..More information about the video content bellow:
1. Lebanon does not have desert regions. It is the only country with such an exception in the entire Asian and African continents.

2. Lebanon is the most religiously diverse country in the Middle East, comprising 18 recognized religious sects. Only 54% of the Lebanese are Muslim and 40.5% are Christians, the highest percentage of all the Arab countries. There are also small communities of Jews, Baha’is, Buddhist, Hindus and Mormons.

3. The first mention of Beirut, the capital of Lebanon, is found in the ancient Egyptian Tell el Amarna letters dating from the 15th century BC. The city has been inhabited continuously since then. In this time, Beirut was destroyed and rebuilt 7 times, thus earning the nickname “the Phoenix”

4. Byblos or Jubayl as it’s known today, is one of the oldest continuously inhabited city in the world and the site has been continuously inhabited since 5000 BC. Its Greek name, Byblos, comes from the fact that Egyptian papyrus was imported to Greece from this city. The word “biblia” (the books) was thus coined and it is how the Bible was named so.

5. The country’s name (meaning White) is known to be the oldest in the world and has remained unchanged for over 4000 years. Occurrences of the name have been found in different texts from the library of Ebla, which date to the third millennium BC, nearly 70 times in the Hebrew Bible, and three of the twelve tablets of the Epic of Gilgamesh (perhaps as early as 2100 BC)

6. The Phoenicians were the first great civilization that emerged from Lebanon. They were great navigator and traders. They colonized the lands of North Africa all the way to the Gulf of Guinea. The Phoenicians also founded the city of Carthage, which later became independent and gave birth to the legendary Carthaginian Empire.

7. In 1920 France divides Lebanon and Syria into separate colonial enclaves, following the dissolution of the Ottoman Empire, and forms the State of Greater Lebanon as one of several ethnic enclaves within Syria. At that time Lebanon was a largely Christian country (mainly Maronite territory with some Greek Orthodox enclaves) but it also included areas containing many Muslims (including Druze)…”

“..Hurt, pain, and– most obviously-anger followed Kevin home from Lebanon, to Ireland, and back again..” (pp. 65 Barnett)

“Reading Job’s story….Kevin prayed, “God, my life is destroyed. I deserve for my life to be the way it is because of the choices I’ve made..But I believe you’re God…And I want you to do for me you did for Job…”-(pp.72 Barnett)

“…Then the day came. Kevin had waited for this moment. He had feared it, but knew one day he would have to face the threat over his life. In November of 2005, Kevin’s uncle died. Stepping out of the Our Lady & St. David’s church onto the footpath after the funeral, Kevin followed the coffin step-by-step down the Sallins Road with the procession..”-(pp.73-74 Barnett Chapter Nine) 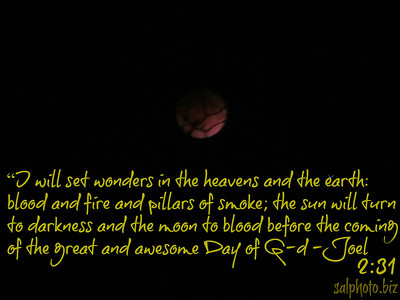 “…following Jesus has actually made me a better friend and husband. It was an about-face moment for me, a real turning point..”-(pp.86 Barnett Chapter 10)

United Nations peacekeepers have been stationed in South Lebanon for 22 years.

Back then the force, UNIFIL, was tasked with overseeing the implementation of resolution 425, for the withdrawal of Israeli troops from the region.

That something which still hasn’t happened, but it could do soon, after a decision from the Israeli cabinet to withdraw their troops.

The rapidly changing situation has left many wondering how UNIFIL’s role in the region will change.

Their mission, under resolution 425, never fulfilled, was to confirm the withdrawal of Israeli invading forces.

Instead, for more than two decades they have been in the middle as guerrillas wage a relentless campaign of bombs and ambushes to try to dislodge the 1,500 Israeli soldiers and the 2,500 members of Israel’s allied South Lebanon Army militia.

An end at last appears in sight, with Sunday 5th of March’s decision from the Israeli cabinet setting a July deadline for pulling its army from the zone carved out of south Lebanon as a buffer against guerrilla attacks.

United Nations Secretary-General Kofi Annan said the world body has quietly been making contingency plans for its force in south Lebanon to deal with the possible unilateral withdrawal of Israeli troops.

He stressed that the “ideal’ situation would be withdrawal under an agreement
involving Israel, Syria and Lebanon.

Lebanese President Emile Lahoud has said his government is prepared to guarantee security along its border after Israeli troops withdraw, but only as part of an overall Middle East settlement.

Progress toward such an overall settlement has been stalled.

A messy withdrawal could put great pressure on the U-N peacekeepers, who have frequently been caught in the crossfire.

A total of 234 peacekeepers have died since 1978, a quarter of them killed in action and the rest in accidents.

More than 100 civilians were killed.

In Hadatha, a village in the rolling hills southeast of the port city of Tyre and about 10 kilometers (6 miles) north of Israel’s border, UNIFIL soldiers await the next move in one of the hottest spots along the front line.

Commandant Tony Kiely at Camp Shamrock, the Irish contingent’s headquarters in nearby Tibnin, said the peacekeepers are ready for any mission.

SOUNDBITE: (English)
“As professional soldiers we have a mission to accomplish in South Lebanon as peacekeepers. We’ve been here since 1978 and it is our own task to see the implementation of Resolution 425. Of course it is a difficult task. We are not afraid of any mission that we have to undertake. When the Resolution 425 has been implemented then it will be up to our political masters and our headquarters in New York to decide on the future of UNIFIL.”

Speculation about Annan’s contingency plans has centered around an expansion of the current 4,500-member force drawn from nine nations and the enlargement of its area of operations all the way to the international border.

UNIFIL-policed areas currently overlap with some parts of the Israeli-occupied zone, which puts the peacekeepers up to 10 kilometers (6 miles) short of the international border and frequently in the line of fire between Lebanese guerrillas on one side and Israeli forces and allied militiamen.

Timur Goksel, UNIFIL’s senior political adviser who has been in southern Lebanon since 1978, said much remained unclear for his force.

“..These battles rage on whether your’re on deployment or at home, whethere your’re in peacetime or war”-(pp.106 Barnett) 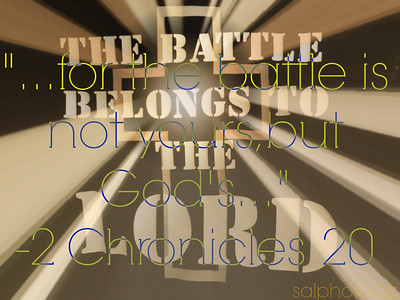 Deep Thought: What can “we” do to help Veterans with P.T.S.D.? goodnewseverybodycom.wordpress.com