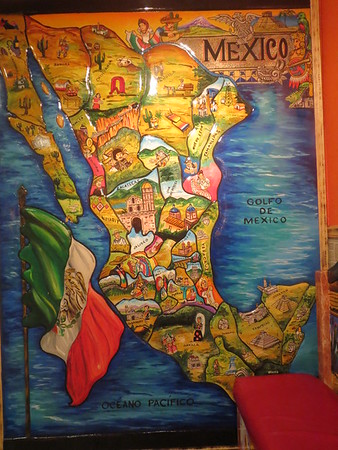 Articles of a treaty made and concluded by and between Lieutenant-General William T. Sherman, General William S. Harney, General Alfred H. Terry, General C. C,. Augur, J. B. Henderson, Nathaniel G. Taylor, John B. Sanborn, and Samuel F. Tappan, duly appointed commissioners on the part of the United States, and the different bands of the Sioux Nation of Indians, by their chiefs and head-men, whose names are hereto subscribed, they being duly authorized to act in the premises.

ARTICLE 1. From this day forward all war between the parties to this agreement shall forever cease. The Government of the United States desires peace, and its honor is hereby pledged to keep it. The Indians desire peace, and they now pledge their honor to maintain it…”
Broken Promises: Standing Rock Sioux Tribe Cites History of Government Betrayal in Pipeline Fight By EVAN SIMON Nov 22, 2016, 4:31 AM ET abcnews.go.com
“..The proposed route passes through land that was once set aside for the Sioux in the 1851 Treaty of Fort Laramie. That historic agreement ensured the Sioux could retain portions of five states, but ceded all of their land east of the Missouri River to the U.S. government in exchange for money, agricultural aid and strict rules about any access to Sioux territory by outsiders. However, the agreement was short-lived. ..
Things only got worse for the Sioux after gold was discovered at the headwaters of the Missouri River in 1861, prompting a flood of settlers. The tribes repeatedly objected to the intrusions and demanded government recognition of the 1851 Fort Laramie Treaty, but their complaints fell on deaf ears.

By 1868, the U.S. government and representatives of various Sioux tribes convened once again at Fort Laramie. The resulting treaty established a much smaller territory known as the Great Sioux Reservation, but under Article 12 no further land loss could occur unless approved by three-fourths of adult Sioux males.

Nevertheless, after gold was discovered in the sacred Black Hills of South Dakota deep in Sioux territory, Congress passed the Act of 1877 which ceded the Black Hills to the United States without tribal approval in one of the most controversial land grabs in U.S. history. ..

Since then, the Standing Rock Reservation’s borders have essentially remained the same, though the tribe claims it lost thousands of acres of its best lands to flooding after the government erected several dams along the Missouri River without consulting the tribe in the mid-20th century. ..”
*see Deep Thought: Broken Promises-Who to trust? goodnewseverybodycom.wordpress.com

“…We want no pipeline. We want no oil going through our river, through our land. We want alternative energy sources—the sun is our brother. The sun is our natural world, and we need to utilize the solar and the natural energies that probably will devastate the capitalist world, but that’s how it has to be. We’re at a new threshold of human rights. It’s not about just us. It’s about the whole world. It’s about Mother Earth, having endured her suffering for this long, she needs our help. She needs our protection. She’s a female, and Indigenous people are the keepers of Mother Earth. We’re obligated to keep her water for her, and maintain the life as created, and for us. We have deep spiritual obligation to protect our place—so we’re petitioning the United Nation’s Human Rights Commission to send observers here, and we’re petitioning the commission to eliminate racial discrimination with a formal charge on the Bismarck route being changed to Standing Rock. We are invoking all of our rights to the water, to the treaty crossing, and we need allies to help us continue … We are here for the long haul. We are here. We’re staying here until there is no pipeline…”–15 Indigenous Women on the Frontlines of the Dakota Access Pipeline Resistance ecowatch.com
*see Neutral Perspective: Pro & Anti-Pipeline

HD Version – See my channel for Non-HD Version. World in Peril: Chief Red Cloud, Native American leaders, Medicine Men and Medicine women talk about an Environment in Crisis. About the BP oil spill and water shortage. We must live and teach Love and Respect for everything.”
*see Deep Thought: Who to “blame” for the world’s corruption? goodnewseverybodycom.wordpress.com

500 Nations – The story of native Americans – part I


Apocalypto (2006) imdb.com
“..As the Mayan kingdom faces its decline, the rulers insist the key to prosperity is to build more temples and offer human sacrifices. Jaguar Paw, a young man captured for sacrifice, flees to avoid his fate. ..”
THE TRUTH OF NATIVE AMERICANS BEFORE THE GENOCIDE from youtube.com
“..Published on Aug 24, 2014

Theory?:
The American Indian: Descended From The Ten Lost Tribes? (Part II) By: Dr. Yitzchok Levine
Published: February 4th, 2015 jewishpress.com
“..If the American Indians were of Hebrew descent, their DNA would correlate with Middle Eastern genetic markers, which it does not. Thus, DNA testing contradicts the doctrine that the aborigine peoples living here when the New World was discovered were descended from the ten lost tribes…”
Anomalous Native American DNA: New Tests Show Middle East Origins? By Tara MacIsaac, Epoch Times October 26, 2014 AT 1:24 PM Last Updated: May 3, 2016 9:41 am theepochtimes.com
“..He found what he sees as strong evidence that Cherokee Native Americans have Middle Eastern ancestry—ancestry that cannot be accounted for by modern admixture, but which is rooted in the ancient origins of the people…”

Maps of United States Indians by State native-languages.org
The Map Of Native American Tribes You’ve Never Seen Before June 24, 2014·4:03 PM ET Heard on All Things Considered native-languages.org npr.org
“..For more than a decade, he consulted history books and library archives, called up tribal members and visited reservations as part of research for his map project, which began as pencil-marked poster boards on his bedroom wall. So far, he has designed maps of the continental U.S., Canada and Mexico. A map of Alaska is currently in the works.

What makes Carapella’s maps distinctive is their display of both the original and commonly known names of Native American tribes, according to Doug Herman, senior geographer at the Smithsonian National Museum of the American Indian in Washington, D.C.
..”
Tribes by State – Native American SuperSite! 500nations.com
Different Native American Tribes

TOP 50 QUESTIONS ABOUT AMERICAN INDIAN TRIBES Frequently.Comprehensive guide to Indian Tribes including the Apache, Sioux, Cherokee,. The clothes and clothing of all the different tribes of Native American Indians.Diversity of Native American Groups [ushistory]Because many Native American Indian tribes have occupied North America for. Various types of tribal rolls are used by the Bureau of Indian Affairs (BIA) and .Native Indian Tribes ***There were over 200 North American tribes speaking over 200 different languages. The United States used the uniqueness of the Navajo language to its .
“

Meet the 11 state recognized Indian tribes of Virginia in this video from the Virginia Department of Education.” Deep Thought: Does it matter if your part of another “ethnicity or race”? goodnewseverybodycom.wordpress.com

Gospel Resources for Native Americans ethnicharvest.org
“A special welcome to all visitors of Native American heritage! This page contains links to Bibles, stories and web sites written in First Nation languages which tell about Jesus and His love for the Native American people.

Many followers of Jesus are praying that God will bless the Native American people, and some of the links on this page have information to help them learn more about Native American languages and culture.

Thank you for visiting. May the grace and peace of God be yours today! ..”

Drumming, Chanting and Other Christian Things