WHO CHANGED GENESIS?: RELOAD! Solomon’s Gold Series – Part 14A. Was It Altered? Who? When? Why? 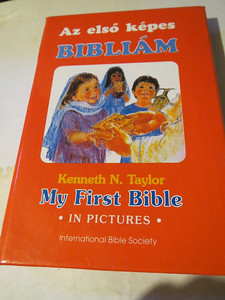 Were the Pyramids Built Before the Flood? (Masoretic Text vs. Original Hebrew)
https://www.youtube.com/watch?v=VI1yRTC6kGE
*why the bible was altered ? (Jesus the “high priest” from Levi, Judah )

Introduction to the Septuagint

Did Jews alter our Modern Bible in order to deny Christ, and to exaggerate their victimhood?

Which Bible Translation is Best and Most Accurate? KJV … – YouTube

Masoretic Text vs. Original Hebrew August 31, 2015 By Fr. John A. Peck preachersinstitute.com
“…The oldest copies of the Masoretic Text only date back to the 10th century, nearly 1000 years after the time of Christ. And these texts differ from the originals in many specific ways. The Masoretic text is named after theMasoretes, who were scribes and Torah scholars who worked in the middle-east between the 7th and 11th centuries. The texts they received, and the edits they provided, ensured that the modern Jewish texts would manifest a notable departure from the original Hebrew Scriptures…

Jesus celebrated Hanukkah, a feast which originates in the book of 1 Maccabees, and nowhere else in the Old Testament…

Ethiopian Jews preserved the ancient Jewish acceptance of the Septuagint, including much of its canon of Scripture. Sirach, Judith, Baruch, and Tobit are among the books included in the canon of the Ethiopian Jews…

Perhaps that is why Jesus and the apostles frequently quoted from the Septuagint, and accorded it full authority as the inspired Word of God…
“

Bible of John the Baptist Found! The Dead Sea Scrolls. Proof It Was John Not Essenes In Qumran

Did a voice cry out in the wilderness once again in 1947? Are we looking at the Dead Sea Scrolls wrong? Many don’t even know that 38 of the current 39 books of the Protestant Old Testament bible were found with the Dead Sea Scrolls in part or even some whole books. If you are like us, you may have heard from pulpit that the Dead Sea Scrolls contained Gnostic Gospels but not 1 Gnostic Gospel was actually found with the Dead Sea Scrolls. They were found in Egypt in an Essene community. Wait, aren’t many scholars telling us that these same Essenes kept the library at Qumran? They did not. However, even the historical reference they use is being misused and misinterpreted which we will show in the next video. In this video, we will prove using the Bible and old maps, that John the Baptist lived in and even baptized Jesus in modern Qumran. Watch our video and see if you agree. If this is correct and we firmly believe it is, this changes everything we have been told about the Dead Sea Scrolls. Did John keep a scroll library which served as his ancient bible identifying an Old Testament canon of scripture? See what you think.
Thank you for watching.

King of Kings Community
Published on Oct 1, 2013
”
Dr. Jeffrey L. Seif, project manager for the Tree of Life Bible translation and professor at King’s University based in Texas, brings us a look at the making of their new Tree of Life Messianic Bible. Collaborating with scholars from five international Messianic Jewish organizations, he brings a careful and well articulated message describing details of their new Bible translation and how it came to fruition. Our long standing relationship with Dr. Seif has been both an honour and joy as he brings yet another powerful teaching to the heart of our congregation in Jerusalem, Israel.

The Tree of Life Messianic Version of the Bible

Pastor Robert Morris teaches from the Tree of Life Version

Reggie White “Greatest Week of My Life!” – Last Interview with Michael Rood
https://www.youtube.com/watch?v=GUneJ6xmoLY
“..Reggie understood what many ministers are now learning through the Hebrew roots ministry of Michael Rood: That Yahshua (Jesus) instructed his followers by both word and example to disdain and deliberately violate the commandments of man-made religion, while admonishing them to be obedient to the commandments of the Almighty recorded in the Torah. Many are now learning that to understand end times prophecy, one must understand the prophetic shadow pictures embedded in the Feasts of the LORD – shadow pictures of good things to come.
..”

Watch What Happened When Reggie White Exposed the Truth!