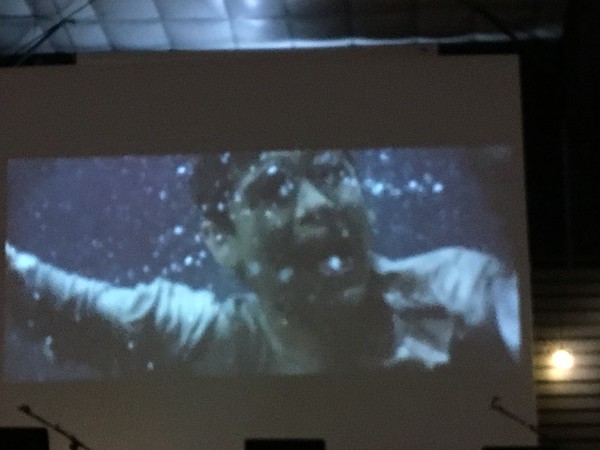 BREAKTHROUGH MOVIE (2019) The Miracle boy behind the movie 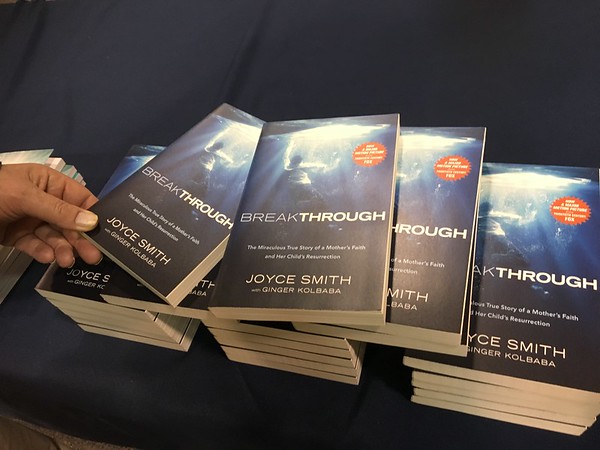 “..“Breakthrough, which is based on Joyce Smith’s 2017 book “The Impossible: The Miraculous Story of a Mother’s Faith and Her Child’s Resurrection” (co-written with the Christian author and media personality Ginger Kolbaba), presents itself as the true story of a modern miracle. But it’s also a portrait of what religious faith looks like when there’s no pesky doubt to get in the way.

Dead for Over an Hour, Son Comes Back to Life cbn.com
“..“He’s been dead for 45 minutes.” These words met Joyce as she saw her son. On Monday, January 19, 2015, 14-year-old John Smith had spent the night with two friends,- Josh Rieger & Josh Sander – after winning a close basketball game the night before. John scored the winning shot. Joyce had spoken to John and was prepared to go pick him up when she got a chilling phone call minutes later from friend Cindy saying, “There’s been an accident.” John had fallen through the ice on Lake Saint Louise. First responders had pulled him out but “he didn’t have a heartbeat.” Stunned, after calling husband Brian & her sister, Joyce raced to the hospital praying all the way. Joyce burst into the ER as doctors feverishly worked to bring life back to John’s lifeless body. Sensing little hope, Dr. Stutterer finally told her, “You can go up and talk to your son.” “In that moment I knew I had to get desperate with my Lord. I had to get a hold of God and get a hold of him fast,” she says. Remembering a Beth Moore Bible study, she knew that the Holy Spirit had raised Christ Jesus from the dead. That same power was available to us. “All of a sudden, everyone and everything in that room faded away and it was just me and John and God. With a voice I thought was quiet, but that actually bellowed through the room, down the hallway, …. I declared, ‘I believe in a God who can do miracles! Holy Spirit, I need you right now to come and breathe life back into my son!” She closed her eyes and wept, and at that instant, she heard the sound of a miracle. John’s heart monitor sprang back to life. John’s recovery was slow but sure. Doctors expected and wanted to prepare the family that massive brain damage would affect him, but every test showed remarkable healing. His recovery defied every medical & scientific expectation, and 16 days later he walked out of the hospital under his own power, completely healed.

POWER OF PRAYER
Joyce knows that prayer really does work. As John lay in the hospital she marveled at how the Lord had brought John into her and Brian’s life unexpectedly when most parents were entering the empty nest stage. Looking back she remembered that at 17 years old she fell in love with a man six years older and a divorced father of two. Headstrong, she didn’t listen to her parents and became pregnant after high-school graduation. She was happy until Charlie told her to get rid of it. She hid her pregnancy, wearing baggy clothes, etc, and turned down a music scholarship for college thinking she would get married. Charlie never changed so she agreed to give the baby up for adoption. She never told her parents. He took her to a hospital where the doctor induced labor. “I gave birth to a baby boy with a round, chubby face, huge blue eyes, and a light covering of blond hair on his head,” she says. She adored him. On the third day she awoke and her baby boy was gone, taken away. “I begged for death to take me, as I sobbed into my pillow,” Joyce says. It was four days later her stunned parents found out she had given birth and had not told them. She did stay with Charlie and a subsequent pregnancy lead them to marry. During the hard years of this marriage Joyce turned to God again in her life. He answered her prayer and she didn’t miscarry her son Tom. She went back to church but eventually divorced Charlie.

A single mom with two boys, she met Brian who loved her boys and they married. Brian, a videographer, had a heart for missions and went on several trips . His heart for the children lead them to seek to adopt a child. In February 2000 they adopted a little five-and-a-half-month old baby boy from Guatemala they named John when she was 49 & Brian 46 years old! So much joy! Strangely Joyce never told Brian about giving up her first son for adoption. Never sure how he would take it. But one day when John was three years old, as she did devotions God spoke to her heart – I want you to find your son. She went to the computer. Miraculously, He led her step-by-step and within 10 days she had found and spoke with her son. Less than two weeks later she says, “I met my sweet son Joe for the second time in my life. And he was everything I hoped and prayed he would be.” Brian had proved to be so welcoming in hearing of her oldest son.

TOTAL RESTORATION
Joyce continues to marvel at the goodness and grace of God. He totally restored her oldest son and family to her. John is doing remarkably well, is totally restored, a good student with a 3.5 gpa and is very articulate. If we have just a little bit of faith, He will do wonders. She says it could be that God healed John over two weeks so that man would exhaust all his efforts. God restores hope. People want to see a God who cares and is above all things. She thanks God for the role of adoption in her life, restoring Joe to her and bringing them John. He cares for the hopeless and the lost, and adopts us into His family. Joyce just wants people to know that God does the impossible, she says. Their story is slated to be made into a movie by Devon Franklin and 20th Century Fox.

KSDK News
19.8K subscribers
BREAKTHROUGH, based on the true story of a local mom who prayed her son back to life, is in theaters April 17th. Today is the movie premiere in St. Louis. It’s not open to the public but the stars of the film along with the family sat down for interviews this morning. Watch this clip to see Dana Dean interview John Smith, Joyce Smith, and Pastor Jason Noble

213,936 views
•Apr 17, 2019
3.7K
64
Share
Save
Crank Ministries
15.3K subscribers
Have you ever felt like your faith is being tested? Joyce and John Smith join Pastor David to share their true story behind the Hollywood film, Breakthrough and how God can do the impossible in our lives. We can’t let our circumstances dictate our faith in God! “It doesn’t matter what Man says, God has the final word.” He prepares us for the unexpected and raises us up when the enemy attacks. When we give Him complete control, there’s nothing we can’t overcome. It’s time to Breakthrough

The True Story of ‘Breakthrough’

Inside Edition
6.87M subscribers
“Breakthrough” tells the true story of one of the most miraculous recoveries ever. John Smith was just 14 years old when he fell through an icy Missouri lake in 2015. After being rescued from the frigid waters, John was rushed to a local hospital, where, with no pulse for nearly 45 minutes, he was declared dead. But then something remarkable happened: He woke up. The incredible tale is being retold, Hollywood-style, in “Breakthrough,” starring Chrissy Metz and Josh Lucas.

Chrissy Metz – I’m Standing With You (From “Breakthrough” Soundtrack)