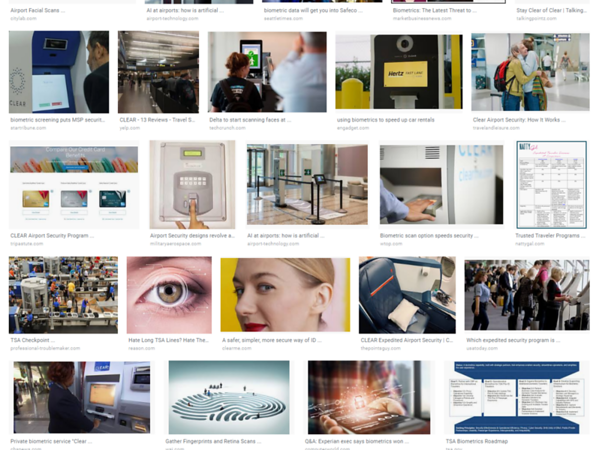 Is biometric technology protecting or seriously … – YouTube
https://www.youtube.com/watch?v=rDnKl-VSalE&vl=es
*see Deep Thought: Should I get my DNA Tested? goodnewseverybodycom.wordpress.com

CLEAR Expedited Airport Security Program — Is It Worthwhile? thepointsguy.com
“..Today, the situation is much more complex, with as many as four different security lines at some airports, various levels of identity verification and screening offered, and a shifting array of rules and guidelines for each…

An expedited security program called CLEAR has made its way to 28 airports — and 14 stadiums — in the United States, so you’ve likely seen the kiosks and uniformed agents at airports or stadiums. And you’ve probably had a CLEAR member escorted ahead of you when going through airport security. So, here’s what you should know about CLEAR including the benefits and potential drawbacks.

Should You Enroll in the CLEAR Airport Security Program? | Why CLEAR Doesn’t Replace TSA PreCheck

“..Now, when I signed up for the service, I acknowledged that I was signing away some privacy in favor of convenience. A trade-off we are increasingly making as a society.

I did it anyway.

But when I saw the number of people who had made the same decision, I realized that the databases for both CLEAR and Global Entry were becoming a biometric Equifax.

Equifax, as you know, was breeched and the personal and financial data of over 100 million Americans was stolen. What the impact of that theft will be over the long term remains to be seen…”

In today’s homes, consumers are willing to sacrifice privacy for convenience (Marco Melgrati/for The Washington Post)
By
Sonia Rao
September 12, 2018 /beta.washingtonpost.com
“..George Orwell got a lot right about our society moving toward a state of constant surveillance, but not everything.

“His presumption was that people would lament and be depressed and oppressed by all these devices that can watch them and listen in,” said Matthew Rathbun, executive vice president of Coldwell Banker Elite. Instead, “it seems to be that we’re running toward them with glee.”.. 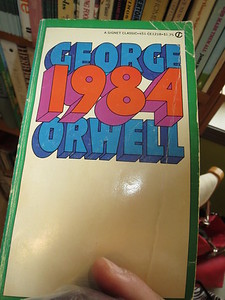 …We set up motion detectors in our homes. We install cameras. We speak to Google Homes and Amazon Echoes as we would actual humans and allow them to listen in on our daily lives. As a real estate agent, Rathbun has increasingly found a need to familiarize himself with this technology; according to a 2017 University of Washington report, there are hundreds of millions of smart-home devices in more than 40 million U.S. homes, and that number is expected to double by 2021. (Amazon.com founder Jeffrey P. Bezos owns The Washington Post.)..

*see Neutral Perspective: What are the “positives” and “negatives” of Artificial Intelligence? goodnewseverybodycom.wordpress.com/

Why Hacker Is Tapping Into Homeowners’ Security Cameras – YouTube

Inside Edition
Published on Dec 21, 2018
Real estate agent Andy Gregg said his Nest home security camera was hacked into by a stranger, who then used it to speak to him. The hacker explained he didn’t have any “malicious intent,” but merely wanted to inform Gregg of his vulnerability. Gregg recorded his conversation with the stranger, who described himself as a “white hat” hacker, a hacker who specializes in breaking into protected systems to show their weaknesses. Inside Edition also spoke to the hacker responsible.

Men arrested after ‘whistling at girl’ burned alive by lynch mob who wrongly thought they were child kidnappers ByChris Kitching
14:12, 30 AUG 2018UPDATED23:36, 30 AUG 2018 mirror.co.uk
WARNING – DISTRESSING CONTENT: Horrifying video shows the mob breaking into a jail cell, battering the men as they’re dragged outside and torching their bodies after dousing them in petrol
“..Police had arrested the farm workers – named locally as Alberto Flores Morales, 53, and Ricardo Flores Rodriguez, 21 – after they whistled at a girl and were found to be drinking alcohol in public, according to local media.

They were running an errand when they were arrested, their relatives claim.

Rumours soon spread claiming that the men had tried to kidnap children in the village of San Vicente Boqueron, in Mexico’s Puebla state…”

“Add-ons, conveniences that you put onto your browser to make things a little bit easier, less steps,” said Robert Darezzo, a computer tech at Data Doctors.

Google Chrome is the most popular web browser in the world and with more than 180,000 extensions to choose from it is a tempting spot for hackers…”

Worried about the Capital One hack? Here’s what to do – YouTube

Equifax to pay $700 million for massive data breach. Here’s what you need to know about getting a cut Megan Leonhardt
@MEGAN_LEONHARDT