WaPo Issues Correction after Falsely Labeling Nathan Phillips a Vietnam Vet [The National Review]
Jack Crowe
,The National Review•January 22, 2019 news.yahoo.com
“…Phillips initially told the Post and a number of other prominent media outlets that he was surrounded and harassed by a group of MAGA hat-wearing students from the all-male Covington High School in Kentucky while he was peacefully demonstrating near the Lincoln Memorial during the annual March for Life on Saturday. That account, which was supported by a partial and misleading video clip of the incident, went viral and led to the targeted harassment of the boys and their families.


Phillips, who conceded that he initiated the confrontation after the more complete video footage became available, also appears to have misled reporters about his military service, as he was described as a Vietnam veteran by Vogue and the Detroit Free Press, and, in an interview with CNN, he described himself as a “Vietnam-times veteran.”..”

Native American activist Nathan Phillips has a criminal record By Yaron Steinbuch January 24, 2019 | 9:18am | Updated nypost.com
“..Phillips actually spent most of his time in the Marines as a refrigerator technician after initially being an anti-tank missileman for four months, had not been deployed outside the US and never saw combat, according to the corps…


Phillips, who has described himself as a “Vietnam times veteran,” told the Washington Post in 2000 that he had been “a Marine Corps infantryman,” without mentioning that he had been a refrigerator tech for most of his service….

Phillips stood toe to toe with Nick Sandmann, who was wearing a red “Make American Great Again” cap, moments after the 16-year-old and his classmates ran into several members of the Black Hebrew Israelites.

Phillips, who had just attended an Indigenous Peoples March, has said he approached the students to try to defuse the tension between them and members of the radical group.

Sandmann — whose family quickly hired the Louisville-based public relations firm RunSwitch PR — on Wednesday denied that he was “disrespectful” toward the elder after he was criticized online for appearing to smirk at Phillips.

He also told NBC’s “Today” show that he’d like a sitdown with Phillips, who has offered to visit the Kentucky school to lead a dialogue about cultural understanding.” 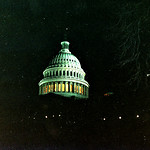 The Truth About the “MAGA Kids” Story

Behar: Covington Catholic Incident Happened Because “We’re Desperate To Get Trump Out Of Office” Posted By Ian Schwartz
On Date January 22, 2019 realclearpolitics.com
“… WHOOPI GOLDBERG, HOST: Many people admitted they made snap judgments before these other facts came in. But is it that we just instantly say that’s what it is based on what we see in that moment and then have to walk stuff back when it turns out we’re wrong? Why is that? Why do we keep making the same mistake?

JOY BEHAR: Because we’re desperate to get Trump out of office. That’s why.

ABBY HUNTSMAN: Not everybody though…”

“..But did the video really describe what happened? That should have been the first question journalists asked. Checking facts and adding context is what journalists are paid to do. It’s in the first line of the job description. Yet, amazingly, almost nobody in the American media did that.

That’s a shame, because there was a lot to check. The full video of what happened on Friday in Washington is well over an hour long. The four minutes that made Twitter don’t tell the story, but instead distorted the story. A longer look shows that the boys from Covington Catholic in Kentucky weren’t a roving mob looking for a fight. They were, in fact — and it shows it on the tape — standing in place waiting to be picked up by a bus.

As they waited there, members of a group called the Black Hebrew Israelites, a black supremacist…”

Student in standoff with Native American defends his actions – video report Wed 23 Jan 2019 15.23 EST
Last modified on Thu 24 Jan 2019 05.56 EST theguardian.com
“..The Kentucky high school student filmed in an apparent standoff with a Native American activist in Washington DC says he was ‘not disrespectful’ during the interaction, as a spokesman for Donald Trump said students from Covington high school may be invited to the White House

USA Today Reporter Kirsten Powers Apologizes for ‘Judgmental and Condemning’ Tweets About Covington Students The Wrap Itay Hod,The Wrap Mon, Feb 18 6:02 PM CST yahoo.com
“After a hiatus from Twitter, CNN contributor and USA Today columnist Kirsten Powers has returned to apologize for what she says were “judgmental and condemning” tweets about an incident involving Covington High School students, a Native American elder and a group of Black Israelites last month….

“As a Catholic I felt duty bound to speak up and hold them accountable, but that really isn’t my job,” she wrote. “I also don’t believe these teenagers should be tarnished forever for what amounts to one really bad day.”

Powers ended her thread with a pledge “to do better.”..

2) I work hard to see
every side of an issue and also speak up when I see a wrong. But indoing that I am too often judgmental and condemning–both on and off social media–in a way that iscontrary to my belief system and my faith.

4) Yes, this applies in the Covington case. This will please nobody because I still believe the teenagers were disrespectful, but my tweets were lacking in grace. As a Catholic I felt duty bound to speak up and hold them accountable, but that really isn’t my job…”
,p>