Witness to War: An American Doctor in El Salvador Hardcover – June 1, 1984
by Charles Clements (Author) amazon.com
“..An American doctor describes his experiences helping the sick and wounded in a rebel-held area of El Salvador and shares his impressions of the bitter civil war there..

“Witness to War” is a difficult book to absorb. The challenging content includes the subject matter of the civil war in El Salvador in the early 1980s (complete with many anecdotes of atrocities), the author’s adherence to Quaker principles of pacifism in the face of government brutality, and the involvement of the United States government in funding the death squads of El Salvador — as well as the United States funding of the relentless state-sanctioned massacres of civilians by the army of El Salvador — make this one of the most painful books I’ve ever set out to finish. In addition to the difficult content, “Witness to War” wasn’t penned to be a literary work. The prose is straightforward, and the story doesn’t use suspense as a plot device. Facts are told in a straightforward manner, details are delivered bluntly, and the result is a raw honesty on the page that is astonishing as well as heartbreaking.

I really love this book. I felt like I took an entire class on the history of El Salvador by reading “Witness to War.” The author took so many risks, and sacrificed so much of his personal life, in order to live among the guerrillas of El Salvador for an entire year, caring for the medical needs of civilians (and sometimes, the soldiers — both the guerrillas and the army POWs captured by the guerrillas) who were injured and killed during this conflict.

“Witness to War” is an amazing achievement. I’m so glad that Dr. Charles Clements journeyed to El Salvador on a personal humanitarian mission, wrote this book, and shared this story with the world. It’s a brutally important book to read, full of truths about imperialism, injustice, and resistance, as well as the specific civil war in El Salvador.

“Witness to War” had so much to teach me. I express my profound gratitude for the opportunity to read this great book. Thank you, Dr. Clements, for this truly significant memoir. “Witness to War” is a heartbreaking treasure, a beautiful testament to the goodness and perseverance of the people of El Salvador. I deeply appreciate getting to know this country and its people much better….”

The Film Archives
Published on Jun 30, 2012
”
Charlie Clements currently serves as the Executive Director of the Carr Center for Human Rights Policy at the John F. Kennedy School of Government at Harvard University. From 2003 to 2010, Dr. Clements served as President and CEO of the Unitarian Universalist Service Committee, and before that he was the President of Physicians for Human Rights.

Dr. Clements wrote Witness to War, which was published in 1983. This book chronicles experience as a distinguished graduate of the Air Force Academy who had flown more than 50 missions in the Vietnam War. He decided the war was immoral and refused to fly missions in support of the invasion of Cambodia. Later, as a newly trained physician, he chose to work in the midst of El Salvador’s civil war, where the villages he served were bombed, rocketed, or strafed by some of the same aircraft in which he had previously trained.”
*no “evidence” of arms smuggling from Soviet Union through Nicaragua!

A Century of U.S. Intervention Created the Immigration Crisis
Those seeking asylum today inherited a series of crises that drove them to the border Mark Tseng-Putterman medium.com
“..The following timeline compiles numerous sources to lay out an incomplete history of U.S. military and economic intervention in El Salvador, Honduras, and Guatemala over the past century…”

The Violence Central American Migrants Are Fleeing Was Stoked by the US .vice.com
“..As courts, law enforcement, and the Trump administration continue to sort out what to do with the steady stream of migrants either crossing the southern border illegally or seeking asylum, the roots of the current misery are often forgotten. The desperate border-crossers often come from Central America’s “Northern Triangle”—El Salvador, Guatemala, and Honduras—and are fleeing high homicide rates and violence in those countries. But this instability did not arise in a vacuum. Many historians and policy experts are quick to point out that much of the troubles in Central America were created or at least helped by the US’s interference in those countries going back decades. In other words, the foreign policy of the past has profoundly shaped the present immigration crisis…”

United States calls situation in El Salvador a communist plot – HISTORY history.com
“..In both nations, Reagan officials were convinced that the Soviet Union was the catalyst for the troubles. To address the situation in Nicaragua, the Reagan administration began to covertly assist the so-called Contras-rebel forces that opposed the Sandinista regime and were based primarily in Honduras and Costa Rica. For El Salvador, the February 19 report was the first volley. The State Department memorandum indicated that the “political direction, organization and arming of the Salvadoran insurgency is coordinated and heavily influenced by Cuba with the active support of the Soviet Union, East Germany, Vietnam and other communist states.” It thereupon provided a “chronology” of the communist involvement in El Salvador…”

“…The FMLN was supported by the Nicaraguan, Cuban, and Soviet governments. Most people who have studied the conflict in El Salvador would argue that the Soviets did not provide much direct support to the guerrillas. I agree – but Nicaragua and Cuba would not have been able to provide support to the guerrillas had the Soviets not been supporting them. It’s also true that the FMLN did not get as much military and financial support from these two governments as the Salvadoran government received from the United States.

Most postwar discourse has been driven by elites who participated in the conflict either on the part of the guerrillas or the government. It’s not that these individuals’ perspectives are wrong; it is just healthier if they are challenged or supplemented by outside views. Those could come from more objective academics or from non-elite testimonies such as those provided by Lotti Silber in Everyday Revolutionaries: Gender, Violence and Disillusionment in Postwar El Salvador and by Carlos Enrique Consalvi and Jeffrey Gould in La Palabra en El Bosque. These two works let the people of Chalatenango and Morazán, the two departments most affected by the war, tell their own stories.
..”

El Salvador and the School of the Americas Part 1 – YouTube

Dirty Hands BENJAMIN SCHWARZ DECEMBER 1998 ISSUE theatlantic.com
“..In El Salvador the United States sought to transform the country while allied with the devil it had to subdue. Whether the geopolitical stakes demanded that involvement and whether letting events take their own course would have resulted in even more atrocities can be debated. What is indisputable is that for a decade American policymakers in Washington and American civilian and military personnel in El Salvador consorted with murderers and sadists.

As LeoGrande’s account — if not always his assessment — makes clear, this pact with the devil was made not by the Administration of the aggressively anti-Communist Republican Ronald Reagan but by that of the moderate Democrat Jimmy Carter — ironically, a President deeply committed to emphasizing human rights in his foreign policy. Simply put, after the Soviet invasion of Afghanistan, and with Cuban and Soviet influence apparently growing throughout the Third World generally and in Nicaragua specifically, the Carter Administration believed that global containment required the United States to forestall a revolution in El Salvador led by the Farabundo Martí Front for National Liberation (FMLN), a loose alliance of Marxist guerrilla groups tied to Cuba and the Sandinistas of Nicaragua.

El Salvador was ripe for revolution. Its society, in which a small landed elite dominated an exploited peasant labor force, was grossly inequitable even by Latin American standards. That elite ruled the country in partnership with its guardian, the military, which had a long tradition of bloody repression of dissenters and revolutionaries, whom it tended to view as one and the same. Although the Carter Administration was troubled by the abysmal human-rights record of El Salvador’s rightist regime, it feared “another Nicaragua.” So when in late 1980 a rebel victory appeared imminent unless the United States provided military and other forms of aid to the Salvadoran regime, Carter chose to assist the Salvadoran government, and thus hesitantly embarked on the policy that the Reagan Administration would later pursue with alacrity…

In the year leading up to Carter’s decision the Salvadoran armed forces and the right-wing death squads linked to them had killed more than 8,000 noncombatant civilians — among them four U.S. churchwomen….

With lavish brutality the military failed to distinguish between dissenters and revolutionaries; many of its victims were unconnected to the FMLN, but enough were connected that the guerrillas’ political infrastructure was destroyed. The guerrillas simply did not have enough allies left alive in San Salvador to organize a general strike…”

There is a tremendous irony that President George W Bush has chosen to visit El Salvador on the anniversary of the murder of the country’s Archbishop, Oscar Arnulfo Romero, 22 years ago.

A campaigner against the Salvadorean army’s death squad war, Monsignor Romero was shot through the heart while saying Mass, shortly after appealing to the US not to send military aid to El Salvador.

The appeal fell on deaf ears and for the next 12 years, the US became involved in its largest counter-insurgency war against left-wing guerrillas since Vietnam…”

How U.S. Involvement In Central America Led To a Border Crisis| AJ+

AJ+
Published on Jul 8, 2018
Thousands of Central American refugees and migrants have been coming to the Mexico-U.S. border for almost 40 years – and in spring of 2018, the Trump administration enacted a “zero-tolerance” policy that led to the arrest of any and all refugees and migrants attempting to cross the border into the United States. The most controversial aspect of the policy’s enforcement was the forced separation of parents from their children. While much of the conversation has focused on Central Americans escaping violence, there hasn’t been much on why there’s so much violence in the region to begin with. The story? Almost 200 years of U.S. intervention.

EDIT: We messed up on certain map animations, excluding the nation of Belize – it was unintentional. Thanks to everyone who highlighted this to us.

ProPublica. “Listen to Children Who’ve Just Been Separated From Their Parents at the Border.” https://www.youtube.com/watch?v=PoncX&#8230; 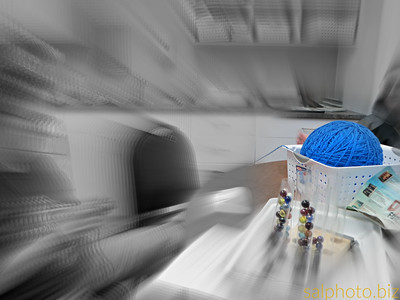 *see Now You Know: How did “we” get to this point of deportation of “illegal” -“legal” “immigrant”-“migrant” and their children (DACA) -being “separated” ? goodnewseverybodycom.wordpress.com

George to the Rescue – Padilla Family

George To The Rescue
Published on Sep 29, 2018
George spearheads exterior and basement transformations for first-time homeowners embodying the American Dream.

Cnel. José Arturo Castellanos geni.com
“..José Arturo Castellanos Contreras (San Vicente, El Salvador, December 23, 1893 — San Salvador, June 18, 1977) was a Salvadoran army colonel and diplomat who, while working as El Salvador’s Consul General for Geneva during World War II, and in conjunction with a Jewish-Hungarian businessman named György Mandl, helped save up to 40,000 Jews and Central Europeans from Nazi persecution by providing them with false papers of Salvadoran nationality…”

Castellanos Movie
Published on Sep 3, 2017
The story of Col. José Arturo Castellanos – the Salvadoran diplomat who defied the nazis and saved thousands of Jewish lives during the holocaust – as told by his Canadian grandchildren Alvaro and Boris Castellanos in the performative documentary: The Rescue – A Live Film-Concerto. Live performance filmed on June 14, 2017 in Toronto. http://www.castellanosmovie.com/