Fred Rogers | People | Pioneers of Television | PBS pbs.org
“Won’t You Be My Neighbor?”
”
Rogers’ famous sneakers became his choice in footwear after he found that they allowed him to walk quietly behind the scenes of the live television productions. The host’s trademark opening song, Won’t You Be My Neighbor?, became part of the national consciousness in 1968, when “Mister Rogers’ Neighborhood” began airing in Pittsburgh and was soon picked up by several other large markets, including Boston and New York. In 1969 PBS contracted the show, and it was broadcast nationally…

Rogers is also known for his vociferous protection of children, and in 1969 he testified in front of a congressional subcommittee to oppose funding cuts to public broadcasting. During the moving testimony, Rogers recited the lyrics to one of his popular songs. “Fred Rogers has proven that television can soothe the soul and nurture the spirit and teach the very young,” said President George W. Bush as he awarded the soft-spoken pioneer the Presidential Medal of Freedom for his contribution to children’s education initiatives. The award came just months before Rogers’ death…”

Won’t You Be My Neighbor?, Trailer

Fred Rogers was a legitimate American national treasure. Over 31 seasons he proved to be the reliable, compassionate and all-wise friendly neighbor who guided millions of youngsters through their childhood. Fred single handedly introduced children’s educational television, in the process elevating a medium that was heading downhill fast. His radical kindness, typified by a gentle and personal manner, helped bring sanity to a world beset by problems. Having Mr. Rogers as our neighbor made the world a safer place.

“..Fred McFeely Rogers was born on March 20, 1928 in Latrobe, Pennsylvania, 40 miles east of Pittsburgh. Rogers earned his bachelor’s degree in music composition at Rollins College in Winter Park, Florida in 1951. Immediately upon graduation, he was hired by NBC television in New York as an assistant producer for The Voice of Firestone and later as floor director for The Lucky Strike Hit Parade, The Kate Smith Hour, and the NBC Opera Theatre. Rogers was married in 1952 to Joanne Byrd, a concert pianist and fellow Rollins graduate…”

Get an Exclusive Look Inside the First Full-Length Mister Rogers Biography By Maxwell King June 1, 2018 time.com
“..It was an offer of unconditional love — and millions took it. Mister Rogers’ Neighborhood often reached 10 percent of American households, five to ten million children each day who wanted to spend time with this quiet, slightly stooped, middle-aged man with a manner so gentle as to seem a little feminine…”

Mr. Rogers was my actual neighbor. He was everything he was on TV and more. By Adam Eisenstat Jul 26, 2018, 9:40am EDT vox.com
“..This year marks the golden anniversary of Mister Rogers’ Neighborhood — 50 years since the children’s TV staple was first broadcast nationally — and a flood of high-profile tributes is well underway. There’s a postage stamp commemorating Fred Rogers, the show’s affable host; a star-powered PBS special; a documentary; and coming later this year, a Rogers biography and a biopic starring Tom Hanks as Rogers…
Mister Rogers’ Neighborhood was produced in my hometown Pittsburgh, which gave the show an outsize presence there. Some of the cast members were local celebrities: Don Brockett, who played Chef Brockett on the show, was on my paper route. He and other characters from the show appeared frequently at children’s events and charity functions. Mr. Rogers himself, as I found out one day, lived a mere two blocks from me. …

That’s when I got to Mr. Rogers’s house. I recognized him as soon as he opened the door. Though he maintained a certain formality — I was a stranger, after all — he was entirely gracious and approachable. I acted, though, as if I had never seen him. I didn’t want to appear starstruck, and anyway, I didn’t even like his show. Instead, I focused on the task at hand: Do not leave without something. I had to end the day with at least one donation.

After I stammered out my introduction, he invited me in and we stood in the foyer, where he heard my pitch. To my surprise, he really listened to me, asking me questions and requesting that I elaborate on some of the points I was making. The entire day I had been knocking on doors, not a single person asked me why I was doing what I was doing. ..

When I got back home, I stared at the single dollar I had collected, as if in a trance. Mr. Rogers and the world I had stumbled into briefly after ringing his doorbell, the very world conjured on his show, offered a glimpse into how things could be if adults treated children with real respect.

Fred Rogers’s ethos was unlike any other: scrupulously moderate, tolerant, and anti-consumerist, driven by cutting-edge models of child development and infused with dollops of real Christian love. (Rogers was in fact an ordained Presbyterian minister.)..

15 Interesting Mr. Rogers Facts todayifoundout.com
“..5) Mr. Rogers was a vegetarian. He didn’t smoke or drink or seem to have any major vices. He also stayed married to the same woman until his death; their marriage lasted 47 years. About the only even slightly “scandalous” thing Mr. Rogers seemed to do, which he revealed in an interview, was that he swam laps completely in the buff nearly every morning of his adult life at various clubs that allowed nude swimming at certain times of the day…

10) Mr. Rogers once appeared as preacher, Reverend Thomas, on an episode of Dr. Quinn, Medicine Woman called “Deal with the Devil”…” 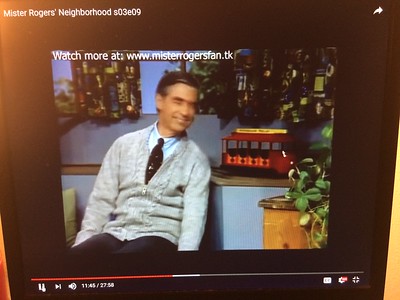 You are my friend you are special Mr Rogers – YouTube 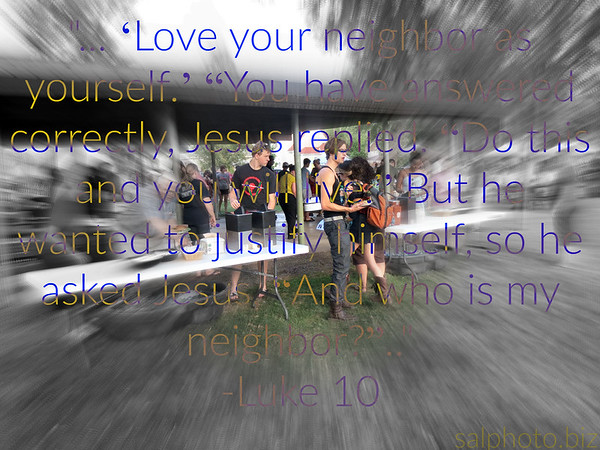 May 1, 1969: Fred Rogers testifies before the Senate Subcommittee on Communications

On May 1, 1969, Fred Rogers, host of the (then) recently nationally syndicated children’s television series, Mister Rogers’ Neighborhood (named Misterogers’ Neighborhood at the time), testified before the Senate Committee on Commerce Subcommittee on Communications to defend $20 million in federal funding proposed for the newly formed non-profit Corporation for Public Broadcasting, which was at risk of being reduced to $10 million. Subcommittee chairman, Senator John Pastore (D-RI), unfamiliar with Fred Rogers, is initially abrasive toward him. Over the course of Rogers’ 6 minutes of testimony, Pastore’s demeanor gradually transitions to one of awe and admiration as Rogers speaks…

Mr. Rogers and the Power of Persuasion

Sen. John O. Pastore, 93, Dies By Richard Pearson
July 17, 2000 washingtonpost.com
“..During his years in the Senate, he became a senior member of the Commerce and Appropriations committees and had served for a time as joint chairman of the Joint Committee on Atomic Energy. He also also had chaired Commerce’s communications subcommittee, which had jurisdiction over television and radio.

..From his communications subcommittee chair, he had been an early critic of what he regarded as excessive portrayal of both sex and violence on network television. And as both a New Englander and a sports fan, he was instrumental in getting network executives to modify their rules concerning the “blackout” of major sports events.

If he will be remembered in Washington for his speaking ability, the skillful use of his committee assignments and a combative integrity, he may be best remembered in Rhode Island as the first Italian American to win election as governor and senator and as a man who dominated the state’s political scene for decades without losing a single election.

Fred Rogers, our friend and neighbor

Won’t You Be My Neighbor? a Tribute to Mister Rogers’ Enduring Legacy www1.cbn.com
“..ighborhood. As a matter of fact, it was probably my favorite show when I was a little kid. He was just such a seemingly gentle and compassionate man. Did you find him to be the same way, as his friend and pastor?

Yes, and it’s an important word that you just used “seemingly,” because some people on TV who are personalities and well known aren’t exactly in person the way they are on the screen. You understand that. But Fred Rogers was the real deal, and the gentle, kind, loving compassionate person that you saw in the neighborhood who wrote all the scripts and did many of the puppets himself, he was the same person, the one you would sit at lunch together and talk for hours, and I think it was one of the unique things about him, Chris, and I use the word “incarnate ministry” for Fred Rogers. He was able to touch millions of people through the screen, through the TV, through the books and through commencement addresses. But he also touched God knows how many one-on-one or in small groups, especially people who were down and out and hurting or disabled in any way. He had a compassion for people who were struggling. He truly had an incarnate ministry…

Love Thy Neighbor as Mister Rogers Did KENNETH R. MOREFIELD| JUNE 7, 2018 christianitytoday.com
“..In March 2000, Christianity Today ran a cover story about Rogers, equating adults who evaded the call to love their neighbor with the self-justifying expert in the law who interrogated Jesus and prompted the parable of the Good Samaritan. The 50th anniversary of Mister Rogers’ Neighborhood (which, in a bit of historic irony, featured King Friday building a wall around his kingdom in its first episode) has prompted a new outpouring of affection and appreciation for Rogers and his work. But as the documentary illustrates, a large part of the current wave of appreciation has more to do with Rogers being ahead of his time than with his being a symbol of a simpler past.

…To cite just one example, the film cuts between scenes of Rogers soaking his feet in a plastic pool alongside a black actor and footage of whites throwing bleach into public swimming venues that had recently been integrated. Sometimes a demonstration of solidarity with the oppressed and compassion for the persecuted makes a greater impact than any laws, sermons, or tweets. Rogers’s television show may be wrongly remembered in some quarters as innocuous pabulum, but its host was actually quite brave, talking to kids about topics like divorce, the assassination of Robert Kennedy, and the explosion of the space shuttle, and trusting that, with loving guidance, they could handle it.

Part of what made Rogers enduringly successful is that he viewed the television show as his ministry rather than simply as a platform for his message. “I got into television because I hated it so,” he once admitted. But after earning his divinity degree in 1962, he had realized that the medium would be a “fabulous instrument to nurture those who would watch and listen.” Producer Margy Whitmer explains in the film that Rogers’s formula was to “take all of the elements that make good television and do the exact opposite.” That’s a great quip, but even more, it is a powerful reminder of the potential for Christians to transform their industry rather simply conform to it. 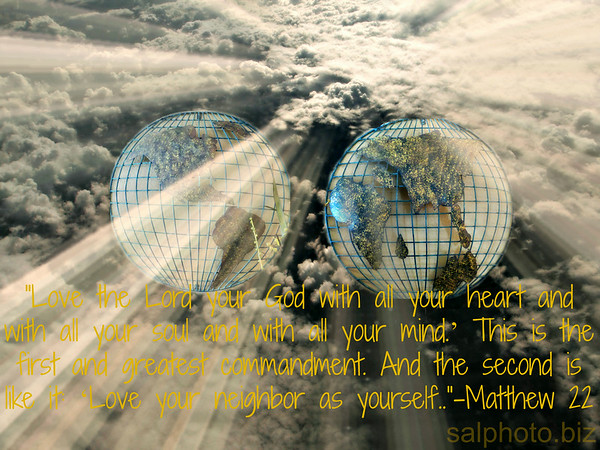 The greatest gift you ever give is your honest self.
..”

These Five Mister Rogers Quotes Will Make You a Better … – YouTube

11 Mr. Rogers Quotes Every Christian Should Read relevantmagazine.com
“..In the years since his death, his legend has grown. Some people say he wore cardigans to cover up his tattoos (false.) Some say he started every morning by skinny dipping (true.) Instead of adding to the myth, we’ll turn the microphone over to him. Here are a few of his own thoughts on love, community and being a neighbor. 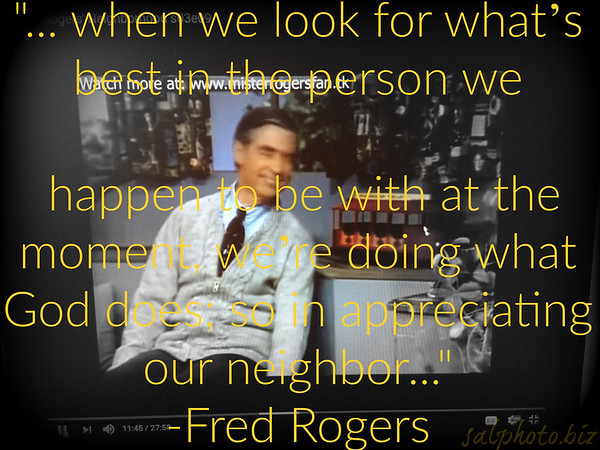 You Are Special Quotes goodreads.com

15 Mister Rogers quotes for when you need a friendly neighbor mashable.com
20 Gentle Quotations from Mister Rogers mentalfloss.com
“..5. On Looking for the Helpers
“When I was a boy and I would see scary things in the news, my mother would say to me, ‘Look for the helpers. You will always find people who are helping.’ To this day, especially in times of ‘disaster,’ I remember my mother’s words, and I am always comforted by realizing that there are still so many helpers–so many caring people in this world.”..”