15 Things You Didn’t Know About Thailand

“Do you think you have Thailand all figured out? You might be in for a surprise once you finish reading this list of some of the most interesting facts about Thailand.

Thailand is a land of surprise (and beautiful beach resorts)!…

1. Thailand is the only Southeast Asian country that was never colonized by an European country. In fact, in the Thai language, the name of the country is Prathet Thai which means “land of the free.” Very fitting!..

4. You’re lucky that you know Bangkok as “Bangkok.” Its real name is one of the longest names of a place in the world, made up of Pali and Sanskrit root words: Krungthepmahanakhon Amonrattanakosin Mahintharayutthaya Mahadilokphop Noppharatratchathaniburirom Udomratchaniwetmahasathan Amonphimanawatansathit Sakkathattiyawitsanukamprasit. What does that name mean? It means “City of Angels, Great City of Immortals, Magnificent City of the Nine Gems, Seat of the King, City of Royal Palaces, Home of Gods Incarnate, Erected by Visvakarman at Indra’s Behest.”.. 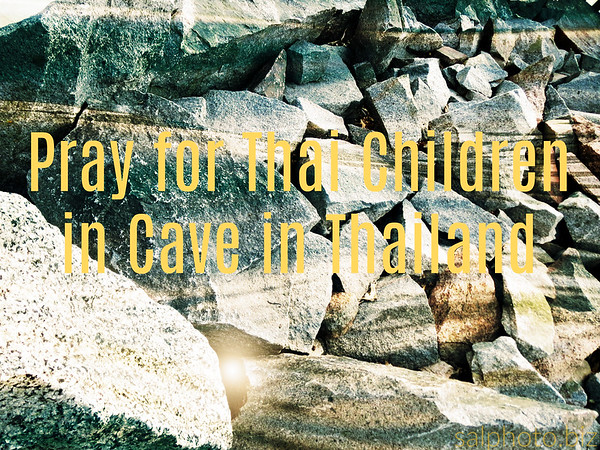 How Did Boys Get Stuck In Thailand Cave? | ABP News – YouTube

Thai cave rescue update: How did the Thai soccer team end up in the cave? By Rachel Russell PUBLISHED: 10:37, Sun, Jul 8, 2018 | UPDATED: 14:34, Mon, Jul 9, 2018 express.co.uk
“..The group became trapped on June 23 when they started exploring the caves after going on a picnic following football practice.

6 Heartbreaking Details Revealed About The Thai Soccer Boys Who Were All Rescued From A Flooded Cave Jill Zwarensteyn,YourTango 16 hours ago (7.10.18) yahoo.com
“..Following their soccer practice on June 23, the boys and their assistant coach, Ekkapol Chantawong, were hiking inside the cave located in the northern region of Thailand’s Chiang Rai Province when it began to flood, leaving them stranded deep inside the cave. …

As of Tuesday, all 12 boys were successfully rescued as was their coach.

…Due to the dangers of flooding inside the cave, a sign at the cave’s entrance warns any visitors to not enter during the region’s rainy season, which falls from July until November.

Although technically the boys entered the cave on June 23, the fact that it was on the cusp of July still meant that the threat of rain and flooding was a possibilit..

When the boys were finally located inside the cave by the rescue divers, they were three miles from the cave’s entrance. Due to the extensive size and numerous passageways inside the cave, it took divers as long as ten days to find the soccer team…

6. One of the divers died trying to rescue the boys.
…

Jul 10, 2018, 8:53 PM ET abcnews.go.com
“.. The system, which had pumped hundreds of millions of gallons of rainwater out of the cave over the past 18 days, gave out soon after rescuers extracted the coach and the four Thai Navy Seals who had volunteered to stay with them. Thai SEALs and support teams, who were carrying air tanks from the third to the second chamber of the labyrinthine cave, soon noticed the waters rising. The third chamber filled, then the second and then the first, as crews scrambled to avoid the kind of cave flooding that had trapped the soccer team on June 27, according to Thai military sources. ..”

…Alongside volunteers, countries sent their own contingents to to Thailand. Seventeen Australian police divers, 36 US military Pacific Command personnel, and six rescue specialists from Beijing joined the rescue efforts…

“This is a Thai-led, multi-national rescue operation, and what’s fantastic is that you see the US here, the Australians, the Chinese, the British divers, obviously,” she said. “It shows that when militaries train together, it’s for this — it’s for the real world.”

US billionaire entrepreneur Elon Musk flew in to Thailand Monday with “kid-size” submarines which he suggested could help to bring the boys out….

There’s a reason that the soccer team rescued from a cave in Thailand was so tough and resilient By Matt Blomberg Jul 11, 2018 | 12:25 PM | Mae Sai, Thailand latimes.com
“..At least three of the rescued boys and their assistant coach, Ekapol Chanthawong, are stateless — members of ethnic minorities seen as easy prey for nefarious actors looking to sweep children into the drug trade.”..

Thailand Cave Rescue: Parents of Rescued Compassion-Sponsored Boy Say “Thank You” blog.compassion.com
“..One of the boys* is a Compassion beneficiary, and our photojournalist in Thailand had a chance to interview his parents…”
Thai-Burmese church members say boys’ rescue were answered prayers
Updated Jul 11; Posted Jul 11 nj.com
“..Martha Hla also said she was worried about the situation, and was hoping they will make it out safely. She believed God would show a miracle.

Kahmiya Win also praised the diver who died while trying to help the boys and their coach. “It’s sad that one passed away. But he…gave his life helping others.”

Rev. Powell said some of the Thai and Burmese at the church have experienced religious persecution for being Christians in their homelands.

“Most of them who come here are already a part of the body of Christ,” said Rev. Powell. “So they come and want to serve, and they just want to do God’s work. They are praying people.”..”
R.I. locals react to successful rescue of trapped Thai soccer team By Kevin G. Andrade
Journal Staff Writer
Kevprojo
Posted Jul 10, 2018 at 7:42 PM Updated Jul 10, 2018 at 9:53 PM providencejournal.com
“..Morgan said that she had been following reports in both Thai and U.S. media, which provided similar coverage and were equally celebratory when 12 boys of the Wild Boars soccer team and their coach were rescued, after being trapped in a flooded cave in Chiang Lai.

Cameron Hummel, a student of athletic training at the University of North Carolina Chapel Hill, just returned from a ministry trip in the Chiang Mai region of Thailand.

“People were talking about it,” said the Barrington native. “For the most part you go about your daily life there and then get updates in conversation…

Religious organizations also involved themselves in the celebration, with Bishop Thomas J. Tobin of the Roman Catholic Diocese of Providence sending out a tweet of gratitude.

“All the boys are out of the cave in Thailand,” Bishop Tobin tweeted. “Many prayers answered. Praise God!”..”

Pastor Janepiriyaprayoon, 48, the associate pastor of Mahapawn Bangkok Alliance Church, said that his church had been praying for all concerned, especially for one of the boys named Adul Sam-On.

The pastor said that boy is a believer from Myanmar. The 14-year-old has been under the care of a local Thai church which has supported him since he was seven. According to a report by Agence France-Presse, Adul speaks English, Thai, Burmese and Chinese, and he was the only one able to talk to the British divers when they discovered the boys.

“We believe God used Adul to be involved in a significant way, by communicating in English to the rescue team,” said the pastor. Mahapawn Bangkok Alliance Church and other churches in Thailand have been constantly praying for Adul and his family, he added. ..”