Neutral Perspective: “Body Exposing” has a “positive” or “negative” affect in Social Media?

9 Body-Shaming Behaviors We All Need To Stop Sophia Rinaldis
September 11, 2014 — 10:59 AM By Sophia Rinaldis mindbodygreen.com
“..Sometimes, it is simply because shaming has grown to be so automatic that it becomes difficult to identify the instances in which we are engaging in body-shaming. Here are nine ways in which we inadvertently body-shame. Once these become easily identifiable, we can work toward stopping, questioning, and correcting those thoughts…”

All About That Bass | Body Shaming

Nudity Found to Offer New Social Benefits By Gary W. Lewandowski Jr., The Conversation on December 4, 2013 scientificamerican.com
“..These studies show that focusing on a person’s body instead of their mind has its positives. Though it certainly has positive aspects, it is important to note that this does not mean being body-focused is entirely positive. Seeing others as lacking agency may make them seem easier to control, less moral, or incapable of making decisions. But it certainly provides something to think about when choosing your next outfit..”

The Positive and Negative Effects of Social Media – YouTube

Your Body on Display: Social Media and Your Self-Image
Beware the dangers of getting too caught up with your online look.

Fulfillment at Any Age psychologytoday.com
“Sharing pictures of yourself in various stages of dress, or undress, can result in significant threats to your future relationship and career opportunities, as we know from studies of Facebook exhibitionism. Apart from the potential external damage caused by showing your rowdy, party-animal, side to the world, placing undue focus on your online appearance may also threaten the health of your own bodily self-image…”

As if adolescence weren’t painful enough, the pressure to be “camera-ready” may be adding to teens’ body dissatisfaction – and leading to self-destructive behavior.
“..Not too long ago, girls might have stressed about being “bikini-ready” every spring when the bathing suit magazines would hit the stands. And boys might have done a few extra pushups after seeing Wolverine’s abs. But now, thanks to photo-centric social media like Instagram, Snapchat and other messaging apps, kids are exposed to a constant drumbeat of bikini bodies, six-pack abs, and just-right hair 24/7. And it’s not just celebrities pushing idealized images of human perfection. It’s your teens’ friends posting pictures of themselves and one another for all the world to see and comment on. What’s worse, many of these moments are captured seemingly unplanned, increasing kids’ anxiety about looking “perfect” — but effortlessly so — at all times…”

Advertising Study Proves Naked Women Don’t Actually Sell Cheeseburgers ByJR Thorpe July 21 2017 bustle.com
“..A research group led by Dr. John Wirtz, head of the advertising faculty at the Center for Media at the University of Illinois, recently published an analysis of studies examining how consumers react to sexy ads, and the results were particularly notable: while male consumers had a more positive reaction to sexualized ads than female consumers, when it came to “purchase intention” — whether a consumer was interested in buying a specific product — the researchers found that the sexy ads had “no effect” on either group. As Wirtz said in a press release, “We found literally zero effect on participants’ intention to buy products in ads with a sexual appeal. This assumption that sex sells — well, no, according to our study, it doesn’t. There’s no indication that there’s a positive effect.”..”

Does social media impact on body image? 13 October 2014 By Philippa Roxby Health reporter, BBC News bbc.com
Magazines and television are often blamed for portraying an ideal body image that causes people to question their looks and lose confidence in themselves. But what about the role social media plays in moulding attitudes to the way we look?
“..”I’d always been tall, and I was a bit podgy too,” she says.

“No-one seemed to notice at primary school, but then in Year 7 everyone started pointing at me, noticing things, making me think I was ugly and not special.”

She became increasingly conscious of even tiny things such as the shape of her eyebrows and size of her forehead.

“I would have been subject to much more abuse if I’d had more friends on social media,” she says.

Kelsey describes the bullying she experienced between the ages of 11 and 16 as “absolutely awful”.

“It was all about my body and how I looked,” she says…

“You put forward your best self, and that can be a bit dangerous, because you naturally compare yourself to others,” she says….” 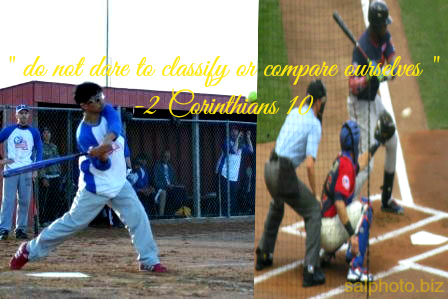 The Media’s Effect On Women’s Body Image Posted on July 30, 2017, at 11:19 p.m. claudiap4f1030a7e Community Contributor buzzfeed.com
“..According to an article by the University of the West of England, over 10 million photographs are uploaded to Facebook every hour, approximately a quarter billion every day. Many of these photos being shared online involve some form of editing to enhance body appearance. The use of photo editing software in mass media advertisements has been prevalent for more than two decades but with the increased use of social media to share photos, more and more people are using photo-editing apps to alter their online appearance. For example, men might edit their photos to enhance their muscular physique in an effort to meet a socially idealized appearance. Today, a major concern is not the idealized appearances of models in mass media but rather the idealized appearances that have developed on social media between peer groups. It is thought to be because mass media pictures are perceived to be unrealistically achievable, whereas the appearance of a friend seems more realistic..”

That’s when it hit me. I was being paid to strip down and pose provocatively to titillate men. It wasn’t about modeling clothes anymore; I felt like a piece of meat.

The next day, I broke down and started sobbing. I was in my bedroom and dropped to my knees and started to pray.

“God, why did you have me win the Victoria’s Secret Angel competition if it was going to make me feel this way? I’m not honoring my husband. I just want answers!”

That was two years ago. Today, I’m living in Montana with my husband, enjoying the fresh air and volunteering with our church.

The old me would never have believed that I gave up my career for this quiet, country life. When I was a little girl growing up in Las Vegas, surrounded by billboards of half-dressed women, I dreamed of becoming a Victoria’s Secret Angel…

Over the next two years, New York really opened my eyes to the dark side of the modeling industry. One of my roommates was so bulimic she would involuntarily throw up when she ate. She would go to sleep crying every night and just look at herself in the mirror thinking that she was so fat. And she was so thin.

How Social Media Can Effect Your Self Worth