Chris Pratt (I)
Actor | Soundtrack | Producer imdb.com
“..
Christopher Michael Pratt is an American film and television actor. He came to prominence from his television roles, including Bright Abbott in Everwood (2002), Ché in The O.C. (2003), and Andy Dwyer and Parks and Recreation (2009), and notable film roles in Moneyball (2011), The Five-Year Engagement (2012), Zero Dark Thirty (2012), Delivery Man (… See full bio »

“..Pratt and Faris, pregnant with their child, had a “coming home” celebration with friends and family back in the Seattle area in 2012, which was used as a basis for a challenge for an episode of Top Chef, which was filming in Seattle at the time; the episode was filmed at the recently opened Chihuly Garden and Glass exhibit at Seattle Center.[44] Their son, Jack, was born in August 2012,[45] nine weeks premature and weighing only 3 pounds 12 ounces (1.7 kg).[46] Pratt stated that the birth of his preterm son “really defined” his faith in God, after both he and his wife “prayed a lot” as they were initially afraid of the baby’s prognosis.[47]

Pratt was raised Lutheran and later worked for Jews for Jesus,[48] eventually becoming a non-denominational Christian.[49]
..”

Beats 1
371K subscribers
Kanye West meets with Zane Lowe to discuss his highly anticipated ‘Jesus Is King’ album and film coming to IMAX on October 25. Kanye discusses his newfound faith in God, how the public perceived his battle with mental health and the process of creating a new style of music. Take a glimpse into one of the most creative minds in music.

Sal’s Notes while watching/listening to video:
#familypraystogetherstaystogether #temptationwithsex (started at age 5 finding dad’s #playboy magazine ); making music in Wyoming, addicted to sex and inspiration, Christian innovator, find that balance from work aholics, 32:20 (pause) work for that 4th house..”didn’t have to work hard” [Satan gave it??], not a theologian as a recent convert, “thought I was the god of the culture” “culture was my god”, 38:34 “mental illness” (e.g. Nebuchadnezzar of Babylon-had bipolar depression) Jesus dressed in my concert Yesse, 40 president of the US someday; I’ll forgive ,but will remember; Jack Dorsey and Mark Zukenberg, social media is modern day cigarratte, social media makes me suffer , ranch in Wyoming to get away, 1hr:10 sin-repent-no shame Christ, 1:16 reading the Bible, mental hospital time to reflect; medication that makes you fat and not fat!

Kanye West on ‘Jesus is King’, Being Canceled, Finding God + A Lot More

This will Expose Everything We Know!

Entertainment Tonight
2.36M subscribers
On Sunday night’s episode of ‘Keeping Up With the Kardashians,’ we saw Kanye take issue with Kim’s ‘underwear’ of a Met Gala look.

Kanye West Sunday Service?!?! Is He Converting to Christianity?

Kanye West’s Sunday Service had ‘over 1,000’ commit their lives to Christ: ‘New wave of revival’ By Caleb Parke | Fox News foxnews.com
“..A Louisiana pastor praised Kanye West’s last-minute “Sunday Service,” where “over 1,000” people raised their hands to commit their lives to Christ on Friday, calling it a “new wave of revival.”

West opened up his “Sunday Service,” which is not always held on Sunday, to the public a few months ago, traveling across the country to hold gospel services and perform songs from his new album, “Jesus is King.”

Curvine Brewington, a pastor at Crossroads Church in Lafayette, attended Friday’s service with his wife. The outdoor service was held at a field provided by Bethany Church in Baton Rouge, La but was not affiliated with the church.

WHO IS KANYE WEST’S CALIFORNIA PASTOR PREACHING AT SUNDAY SERVICE?

“Tonight, worship was lifted, the name of Christ was exalted, the Word of God was preached, a multitude prayed together, the Gospel was clearly proclaimed, and an opportunity to respond was given,” Brewington wrote on Friday. “In a crowd of 6,000, people from all walks of life, all ages, and all races, I witnessed over 1,000 people respond to The Gospel by raising their hands to accept Jesus as their Lord & Savior!”..” 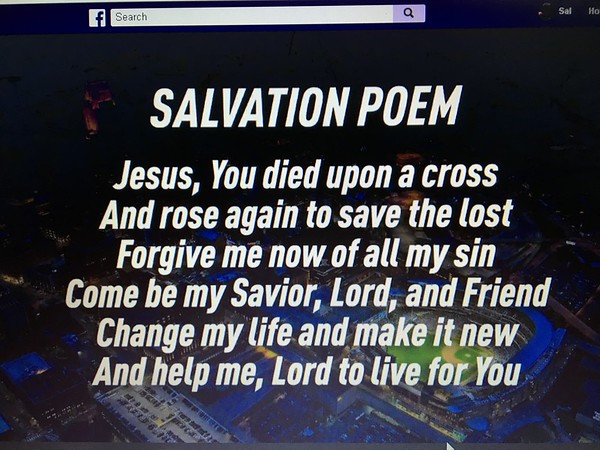 Watch the “Jesus Is King” A Sunday Service Experience at Lakewood Church with Kanye West and The Sunday Service Collective” https://youtu.be/zXwHM96rbyM 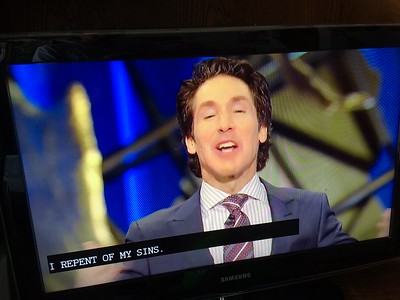 The Kardashian Family Tree: Who’s who in America’s most famous family glamourmagazine.co.uk
“..Not long after Kim and Kris’ divorce, the reality-star was spotted hanging out with Kanye West. The duo had been friends for several years and kept their new romance under wraps in the early stages. They are now married and parents to four little ones…”

Cost of the Celebrity Status?

The ‘Glee’ Cast’s Tragic History: From Cory Monteith to Mark Salling By Anna Menta On 1/30/18 at 4:37 PM newsweek.com
“…In 2013, actor Cory Monteith’s sudden death of a drug overdose shocked Glee fans, who knew him as his popular jock character Finn Hudson. Now, nearly three years after creator Ryan Murphy’s musical dramedy about a high school glee club ended, the show’s fans are learning of the death of another of the its stars, Mark Salling, who played reformed bad boy Puck.

Salling died on Tuesday, at the age of 35. Authorities have ruled the death a suicide after finding his body hanging from a tree in a riverbed near his home in Sunland, California, according to a report from TMZ.

Montieth was 31 when he was found in a Vancouver hotel room. The actor had a history of drug abuse, and the coroner determined that his death was caused by lowered tolerance to drugs after a stint in a treatment facility for substance abuse. (Murphy had urged him to get help, temporarily writing him out of the series’ fourth season. He was promised a job when he recovered.) In a 2011 interview with Parade, Monteith discussed his teenage drug use: “Anything and everything, as much as possible. I had a serious problem.”

..On September 30, 2017, the actor pleaded guilty to possession of child pornography. He had been scheduled to be sentenced on March 7 and was facing four to seven years behind bars. The California prison system has come under fire recently for a shockingly high rate of deaths for child molesters (at the hands of other prisoners), and it’s possible that Salling was fearful of doing time.

But there’s more bad news for former Glee stars. Naya Rivera—who played cheerleader Santana Lopez—had a recent brush with the law. The 31-year-old was arrested and charged with misdemeanor domestic battery after an alleged physical altercation with her husband, Ryan Dorsey. According to a 911 call placed by Dorsey, Rivera was reportedly “drinking” and “out of control.” The couple filed for divorce in December, and this month the battery charge was dismissed at Dorsey’s request…”

“…Do not wear yourself out to get rich;
do not trust your own cleverness.
5
Cast but a glance at riches, and they are gone,
for they will surely sprout wings
and fly off to the sky like an eagle….

Do not let your heart envy sinners,
but always be zealous for the fear of the Lord.
18
There is surely a future hope for you,
and your hope will not be cut off.,…

Listen, my son, and be wise,
and set your heart on the right path:
20
Do not join those who drink too much wine
or gorge themselves on meat,
21
for drunkards and gluttons become poor,
and drowsiness clothes them in rags…”
–Proverbs 23

What Happened On The Set That Day Ruined Mel Gibson`s Career! (2018)

*see Movie: The Passion of the Christ Scenes Reflections goodnewseverybodycom.wordpress.com

*baton in a relay race is like how “we” pass down “blessings” or “curses” to the “next generation”; walking the Red Carpet in the “Grammy Awards” is a humble experience,

He Knows My Name (Lyrics) Francesca Battistelli If We’re … – YouTube