Which Continent – Is Russia Part of Europe or Asia? Updated: June 14, 2018 By Sporcle sporcle.com
“..The answer to whether Russia is officially a part of Europe, or a part of Asia, is one of those annoying parts of general knowledge that can drive some people crazy. People seem to have different opinions on the nature of Russia as a location, and how it’s actually classified on the global map.

At Sporcle, we generally say that Russia is a part of “both” Asia and Europe – not just because we’re trying to cut down on the number of trivia-based brawls that break out over Geography questions, but because that answer is actually rooted in fact.

Russia is a natural bridge between both Western and Eastern heritage…”

*77billionaries, traded military equipment for Pepsi to be sold in their country, low life expectancy due to alcohol, etc..

Map of Russia russiatrek.org
“Russia consists of 8 federal districts, that are divided into 83 “subjects”. These subjects are of equal federative rights in the sense that they have equal representation (2 delegates each) to the Federative Council of Russia.

There are different kinds of “subjects”:..”

Russian Travel Guide russianlessons.net
“..The Russian federation is broken into 83 regions and this guide is arranged accordingly. We will also include some general information topics about Russian travel.

This guide is still quite new but we intend to keep adding to it regularly. As we visit and research different Russian cities we will continually add more information. If you live in one of these areas in Russia and with to contribute to the Russian guide please contact Admin in the General Administration forum in the forums section of this site…”

Regions and Travel Destinations in Russia learningrussian.net
“..Today’s Russia consists of seven federal districts. Each district includes several regions, such as oblast, republic, krai, okrug. Click on the name of each federal district below to learn more about its regions, cities, towns
and urban-type settlements.

In fact, by jet from Moscow, it takes about eight hours to reach Vladivostok on the Pacific Ocean coast. If you were to take the trip on the Trans-Siberian Railroad, you can count on your journey taking at least 4 days minimum.

Russia has over 1,000 major cities, 16 of which have a metro population of more than one million; the most populated cities are Moscow, St. Petersburg, Novosibirsk, Yekaterinburg and Nizhny Novgorod. 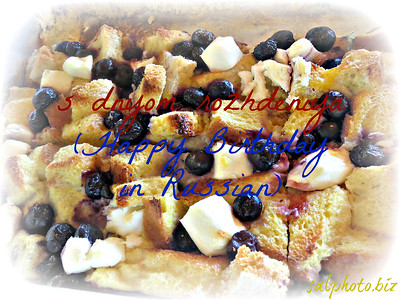 Russia and the American War for Independence
by Norman Desmarais allthingsliberty.com
“..George III refused Russia’s request for Minorca and the treaty was never ratified, so Russia never sent any troops to America. However, Catherine the Great proclaimed the League of Armed Neutrality on February 29, 1780. It was conceived by the Danes and subscribed to by Sweden and several other European nations to protect free trade between neutral countries and those at war. While it focused primarily on ships from the Netherlands, the league resisted all search efforts at sea. Russia even entered into a treaty to protect neutral shipping with Denmark and Sweden in wartime. England received the principles of the Treaty from her Russian ambassador on April 1, 1780 but would not recognize them as “rights” which would undermine her most effective military weapon, the blockade.”..
How Russian meddling impacted the American Revolution
PRI’s The World PRI’s The World July 04, 2017 · 4:00 PM EDT By Christopher Woolf pri.org
“..What Britain did have was plenty of cash. So it turned to Europe to see if it could purchase military help — and the first country that London turned to was Russia. London asked Catherine the Great of Russia for 20,000 men…”

Catherine the Great and the American Revolution July 13th, 2015 By Arik Burakovsky U.S. Embassy Moscow embassy-voices.livejournal.com
“..Russia started trading with the colonies over a decade before the Revolution. Americans and Russians saw each other as excellent trade partners, having ample resources to offer each other. Despite Great Britain’s Navigation Acts, which restricted foreign trade directly with the colonies, Russian ships began delivering products like hemp, sail linen, and iron to American ports as early as 1763 and did not stop once the war began. Catherine II believed that an independent America would further Russian business interests, allowing America to trade with the Russian Empire without interference from Britain on the high seas. Continued trade with Russia during the war provided the colonies with a market for their goods as well as the funds and supplies they needed to survive…

Without explicit mention of whether or not America would become autonomous, Panin secretly hoped that America would be given “complete liberty to decide its own fate.” While Catherine the Great’s peacemaking efforts ultimately fell through, they represented a worthy attempt to use diplomacy to shorten the war.”

Northwestern Russia learningrussian.net
“..is home to St. Petersburg, which is considered to be one of the most beautiful cities in the world. But this region has much more to offer for tourists. The nature offers beautiful views of rivers and lakes, while the rich history provides an opportunity to visit elegant villas and palaces, churches, cathedrals, bridges and other places connected with life and work of such famous people as Alexander Pushkin, Vladimir Nabokov, Viktor Tsoy, Ilya Repin, Pyotr Chaykovsky and others. Outdoors lovers will enjoy the seasons which range from warm humid summers to very cold snowy winters. The official name for Northwestern Russia is Northwestern Federal District. Below is the list of oblasts that comprise the Northwestern District of Russia.

10 Best Places to Visit in Russia