Suicide Rates In America Are Up. By A Lot. – Newsy – YouTube

Newsy
Published on Apr 22, 2016
“Transcript:
The number of suicides in the U.S. has been steadily rising since 1999, especially among women.
Between 1999 and 2014, the overall suicide rate climbed 24 percent, according to a study from the Centers for Disease Control and Prevention. That’s a rate of 13 per 100,000 people.
While rates for males remained higher, suicide among females rose 45 percent.
And among young girls between the ages of 10-14, the rate rose 200 percent to 1.5 per 100,000 people, though the number of suicides within that group still remained comparatively low.
Women ages 45-64 had the second-largest increase: 63 percent to 9.8 per 100,000 people.
The CDC report doesn’t go into what could be behind the change, but it’s worth noting the greatest increases happened between 2006 and 2014 — during and after a major economic recession in the U.S.
Counselors with the National Suicide Prevention Lifeline are available 24/7 to help those in crisis. The number is 1-800-273-TALK.”

Ever thought about “suicide”? Why ? What was going on in your life that might’ve gave you that thought. You might be actually “currently” thinking of it right now? I thought of it “a lot” growing-up when I was in my “pre-teen” years. Why? There were many reasons (e.g. bullied, family-life, life overall, etc..). Here are some other similar related stories..

Why Do People Commit Suicide? – YouTube
https://www.youtube.com/watch?v=dNgLrHGymYc
Seeker
Published on Jun 19, 2013
”
Global suicide rates are rising. In order to understand what’s going on, and how best to prevent this trend from continuing, Laci examines the underlying factors that lead people to take their own lives.”

The bridge between suicide and life | Kevin Briggs

TED
Published on May 14, 2014
“For many years Sergeant Kevin Briggs had a dark, unusual, at times strangely rewarding job: He patrolled the southern end of San Francisco’s Golden Gate Bridge, a popular site for suicide attempts. In a sobering, deeply personal talk Briggs shares stories from those he’s spoken — and listened — to standing on the edge of life. He gives a powerful piece of advice to those with loved ones who might be contemplating suicide.

TEDTalks is a daily video podcast of the best talks and performances from the TED Conference, where the world’s leading thinkers and doers give the talk of their lives in 18 minutes (or less). Look for talks on Technology, Entertainment and Design — plus science, business, global issues, the arts and much more.
Find closed captions and translated subtitles in many languages at http://www.ted.com/translate&#8221;

Sal: I’ve talked to some “friends’ out of suicide before , which I’ve learned to just “listen” and be always “open” for God to use me. However, it wasn’t like this all the time. During high school, I had 3 classmates (one was a former close friend of mine) from my class that committed suicide. It was very difficult for me back then and somewhat still to this day as I’ve wrestled with some “thoughts” of regret (see story of forgiveness) .

I found “hope” when I got to college. Suicide thoughts became a non-issue for me as I found a personal relationship with God. My friends would tell me the “good news” and I saw a lot of joy and hope in their life, which drew me to want that same “thing” they had. I would later also get a “bigger” perspective of life by listening to other people’s “more” challenging life issues. I started to realize what I was going through was “less challenging” compared to others. I learned about the blessings I really had along, which I never thought about it until I reflected how much more “grateful” and “thankful” to God more of what I have despite the “challenges” I’ve faced.

Here are some other similar stories

Powerful Testimony | How God Saves from Suicide – YouTube
https://www.youtube.com/watch?v=gKOIXZKXqC0
Licy Be
Published on Jul 26, 2016
”
A testimony of salvation and faith. Licy Be (www.licybe.com | @licybe) is now a Christian spoken word and rap artist from Kingdomcity in Perth, Australia. She has gone on to complete her Masters Degree in Applied Psychology and uses her faith and music to reach out to others who are broken and struggling with their mental health, depression and suicide.
Licy Be explains how God connects the dots in our lives and has a plan for us that is beyond our understanding. She also talks about how easy it can be to reach out to someone by faith and save a life.

You never know how your actions might affect the life of another person. God works in incredible ways and He desires to bring us closer to Him.

Suicide affects so many people, in fact 1 million people die by suicide each year. Licy Be is now on a mission in life to reach out to others struggling in order to show them that there can be hope in even the darkest of places.

A major focus of this testimony is to point people towards God, and services that are able to help at your time of need. If you need help right now, Licy Be currently partners with a number of suicide prevention and support organisations including Revolution Red & The Roar Effect (http://theroareffect.org), TheHopeLine (http://www.thehopeline.com), Youthline (http://www.youthline.co.nz), Lifeline WA (www.lifeline.org.au) and many more. It is intended that this testimony can be used as a tool around the world to raise awareness of suicide prevention via social media and other communications channels so anyone is welcome to share or use this video.
“

What Does the Bible Say About Suicide? – OpenBible.info openbible.info

Scriptures for Hope and Faith. Relaxing Music and Soaking … – YouTube 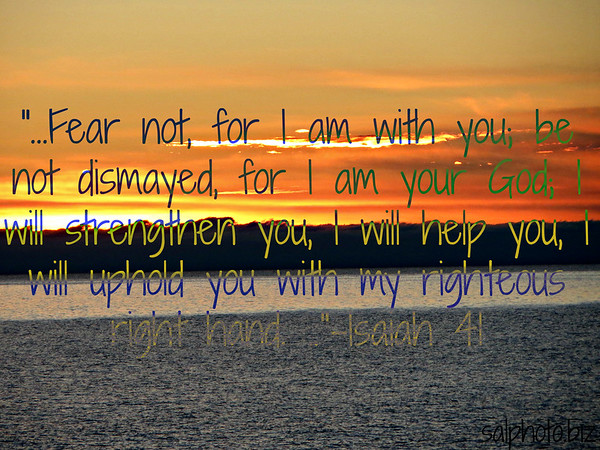 What gives you hope? Where can you find it? Feel free to share down below to “encourage” others that are looking for it!