17 Examples of Chemtrails vs Contrails – Can You Tell The Difference? By Aleks Udris | 06/17/2014 boldmethod.com
“..Chemtrails really do exist. Don’t believe me? Check these out. By the end, you’ll know the difference between chemtrails and contrails..
..”

Difference Between Contrails and Chemtrails for Dummies #251 … 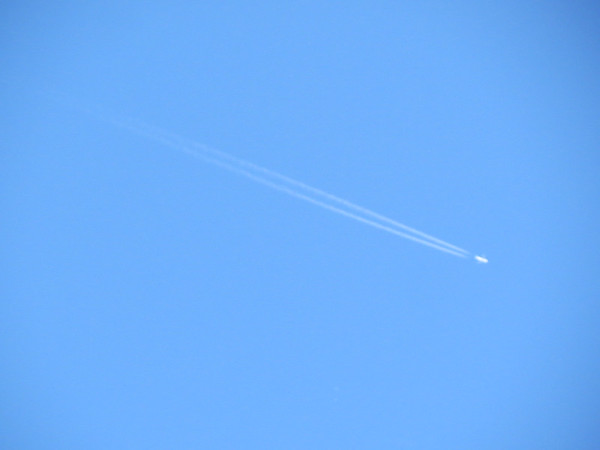 Doctor warns world about “chemtrail lung,” a new health epidemic causing brain and lung problems across society Wednesday, April 25, 2018 by Isabelle Z. poison.news
“..When TV host Rachel Reenstra had trouble overcoming a persistent cough, accompanied by aches, pains, and fever, she visited a doctor. After chest x-rays revealed a type of bronchitis, she was given antibiotics, which only seemed to make her feel worse.

Her doctor told her that lots of bacterial infections are going around, and when she asked him where they are coming from, he told her the truth that many doctors wouldn’t dare reveal to their patients: Chemtrails are at the heart of widespread lung problems right now. Surprised by his candor, she asked if she could videotape him talking about the phenomenon. You can see the video below; the unnamed doctor appears just before the 8-minute mark.

The doctor says he has witnessed hundreds of Californians suffering from this problem, which he calls “chemtrail lung.” He says it is an “emerging problem” that is being faced all around the world, with the toxic gases, chemicals, virus particles, heavy metals and other gases that are being sprayed into the atmosphere leading to problematic levels of respiratory infections…”

Snowden uncovers shocking truth behind Chemtrails JULY 11, 2013 BY KILGOAR chronicle.su
“..The shocking truth, as he says, is that chemtrails are part of a benevolent program aimed at countering global warming. By cooperating in secret with jet fuel manufacturers, government agents have carefully kept the massive chemtrail efforts completely under wraps. Snowden added, “I am only revealing this program because there is no oversight in the scientific community, no public discussion, and little concern for the side-effects which are well known only to a few privileged people interested in continuing the decades-long chemtrail program in secret.”

Because climate change is a threat to U.S. agriculture, it has been labeled a national security issue. With the influence and cooperation of Monsanto, a secret Geoengineering lab dubbed Muad’Dib has been operating since the late 1960s, and the chemtrail program is often referred to by insiders as its “crown jewel.” Muad’Dib has aimed to protect North America’s climate at all costs – even if that means accelerating desertification in Sub-Saharan Africa or spreading trace amounts of carcinogens over lightly populated areas. Other side effects, which scientists at the secret Muad’Dib Geoengineering Lab have predicted, include droughts in the Amazon and powerful windstorms along the East Coast…”

After watching this, denial of chemtrails is just defiance against uncomfortable and inconvenient truth!!!
U.S. Army Tested Chemicals on Cities, Low-Income Residents HEADLINESEP 27, 2012 democracynow.org
“..
Newly disclosed documents have revealed details on how the U.S. military carried out testing of chemicals on major U.S. cities during the 1950s and 1960s. Sociologist Lisa Martino-Taylor of St. Louis Community College says zinc cadmium sulfide was sprayed in several cities without residents’ knowledge. The most densely sprayed area appears to have been a housing complex for low-income people in St. Louis.

Lisa Martino-Taylor: “It was pretty shocking, the level of duplicity and secrecy. Clearly they went to great lengths to deceive people. There’s a lot of evidence that indicates that people in St. Louis in the city, particularly in minority communities, were subjected to military tests that was connected to a larger radiological weapons development and testing project.”..”

While it was known that the government sprayed ‘harmless’ zinc cadmium silfide particles over the general population in St Louis, Professor Lisa Martino-Taylor, a sociologist at St. Louis Community College, claims that a radioactive additive was also mixed with the compound.

She has accrued detailed descriptions as well as photographs of the spraying which exposed the unwitting public, predominantly in low-income and minority communities, to radioactive particles…

In Corpus Christi, the chemical was dropped from airplanes over large swathes of city. In St Louis, the Army put chemical sprayers on buildings, like schools and public housing projects, and mounted them in station wagons for mobile use….

Despite the extent of the experiment, local politicians were not notified about the content of the testing. The people of St Louis were told that the Army was testing smoke screens to protect cities from a Russian attack.

‘It was pretty shocking. The level of duplicity and secrecy. Clearly they went to great lengths to deceive people,’ Professor Martino-Taylor said. …

The Army has admitted that it added a fluorescent substance to the ‘harmless’ compound, but whether or not the additive was radioactive remains classified.

….
‘The idea that thousands of Missourians were unwillingly exposed to harmful materials in order to determine their health effects is absolutely shocking. It should come as no surprise that these individuals and their families are demanding answers of government officials,’ Senator Blunt said…
“
Did Army Spray Harmful Chemicals on US Cities?
By Eli MacKinnon, Life’s Little Mysteries Staff Writer | October 8, 2012 02:14pm ET livescience.com
“..The powder scattering was part of Operation Large Area Coverage (LAC), a series of tests the Army says were designed to assess the threat of biological attacks by simulating the airborne dispersion of germs. The experiments exposed large swathes of the United States, and parts of Mexico and Canada, to flurries of a synthesized chemical called zinc cadmium sulfide.

New research from sociologist Lisa Martino-Taylor in St. Louis, one of the cities singled out for heavy-duty testing during LAC, suggests the Army may have mixed radioactive particles with the zinc cadmium sulfide it spread throughout a poor, mostly black neighborhood there…”

The HAARP Report
Published on Dec 14, 2014
This video contains text, which was forwarded to me. The source is highly credible, and has given permission to post his youtube account here: https://www.youtube.com/channel/UCRsW&#8230; If you have questions, you can contact him directly. This message originally came from a USAF pilot, who flies Aerosol Tankers, as part of the secret Indigo Skyfold (geoengineered aerosol “chemtrail”) program.
Please save this text, and forward the video! (The text was too long for Youtube to put in the description, so I will put the entire message in the comments section.)

I’ve known the source for over a year, and I have POST confirmation of most of the things he’s told me, IN ADVANCE.
Also, IF THIS WAS DISINFO, the last message from the pilot would be “after Jan 20, 2015, they are shutting down the program”.
INSTEAD, he says the opposite: “a very new “extremely toxic” chemtrail mix, is going to be sprayed. Using new technology, that makes these special chemtrails, completely invisible.”
That is not how disinfo works. The last communication was the opportunity to calm the herd, instead, it is a call to action.
If you have a geiger counter, with an alpha/beta probe, please test the aerosol fallout. The best way to test the aerosols, is to wipe your car hood, and windshield, with a clean paper towel, after a dry period of heavy spraying. Then, test the towel for alpha and beta radiation. This is especially important in California, which has no natural radon sources upwind.

BTW, the building at 7:30 is the International Criminal Court, at The Hague, Netherlands. This is where the criminals behind these programs need to be taken, to be put on trial, while the world watches.

P.S. if anyone can do a better job of narration, please upload your own video! Don’t let this disappear from the internet!
The first comment has the complete pilot text, so please copy it, and spread the word.
Thanks!

P.P.S. This is my only video, where a shady group of investors offered to purchase the rights to the video. I didn’t sell, of course. No money should change hands, while the public is being offered this information.

Fair Use Notice:
In case any of the images are copyrighted, here is a Fair Use Notice:
This video may contain copyrighted material encountered in the Internet, the use of which could not always been specifically authorized by the copyright owner.
We are making such material available in an effort to advance understanding of environmental, political, human rights, economy, democracy, scientific and social justice issues, etc…
We believe this constitutes a “fair use” of any such copyrighted material as provided for in Section 107 of the US Copyright Law.
In accordance with Title 17 U.S.C. Section 107, the material on this Site is distributed without profit or payment to those who have expressed a prior interest in receiving the included information for research and educational purposes.
For more information please visit: http://www.law.cornell.edu/uscode/17/&#8230;

Feel free to click on each of the individual pics of collected sources or links related to this topic.