JFK assassination files reveal Hoover’s frustration over Oswald’s death, Soviet reaction
Good Morning America ADAM KELSEY and JACK DATE,Good Morning America 19 hours (10.28.17)yahoo.com
“..The documents related to the investigation into Kennedy’s murder — consisting of files from the CIA, the FBI, the Defense and State departments and other agencies — were scheduled to be released 25 years after the passage of the President John F. Kennedy Assassination Records Collection Act of 1992. The law called for the records to be made available based on the approval of the president. Over 2,800 were made public Thursday, but some remained withheld due to national security concerns, according to a memo from President Donald Trump.

The collection, which spans from the early years of the Kennedy administration into the 1970s, includes discussions of investigative leads about assassin Lee Harvey Oswald’s travels, including a trip to Mexico before the assassination. Whom Oswald met with on that trip has been the subject of long-generated speculation…”

THIS is Who was REMOVED from JFK File Release 2017 – Truth is Stranger than Fiction
https://youtu.be/Dj6IsJ_oUeI
“..Bright Insight
Published on Nov 17, 2017
Wait, so after 54 years they are STILL not releasing ALL files involving the JFK investigation? Let me translate this…it means that a person(s) is still alive today, that has information related to the death and/or cover-up of John F. Kennedy, who was killed on November 22, 1963. JFK declassified files 2017.

Help support my mission to expose truth on Patreon: https://www.patreon.com/BrightInsight ..”

THE BUSH FAMILY ARE TRULY EVIL AND HAVE MADE BILLIONS OF DOLLARS OFF THE INNOCENT BLOOD OF THE POOR. THEY ANSWER TO NOBODY EXCEPT THEIR FATHER THE DEVIL!!!﻿ ..”

JFK TRUTH – The Mob CIA and the 8 paid ASSASSINS

“Porcha Marie Jones
Published on May 11, 2017
November 22, 1963, eight Assassins were paid 50,000 each, to assure our Leader of the free world JFK, CAMELOT, would never survive another day. The meeting the day prior of the plan and the participants who wanted him dead would surprise you. All conspiracy theories, and recent books still do not tell you the truth, as they were also paid by the CIA, since the original patsy, Lee Harvey Oswald story, is proven to not even be possible. This is the true story and explanation to what really took place that day. It’s disturbing, embarrassing, and hurtful our nation, planned his assassination; for money, power, and different political ambitions. This is a non monetized, brief encounter to the JFK Murders explained from the film that is over 3 hours long. “JFK 911 A Rich Mans Game” that I shortened to get to THE POINT of the JFK murders truth, and explains why the other conspiracy theories are NOT TRUE. AND THIS IS THE TRUTH YOU HAVE BEEN LOOKING FOR! “

Jack Lawrence – JFK Assassination Debate – The Education Forum educationforum.ipbhost.com
“..About a month before the assassination, a man named Jack Lawrence was hired at Downtown Lincoln-Mercury, a Dallas car dealership that was only two blocks from Dealey Plaza. Lawrence got the job by providing job references from New Orleans. These references were later found to be phony. Lawrence was known as an ardent right-wing speaker, and reportedly had been an expert marksmen in the military. The night before the assassination, Lawrence borrowed a car from the dealership, saying he needed it for a date.

Lawrence did not show up for work in the morning. However, thirty minutes after the shooting, he came hurrying through the company’s show room. He was pale and sweating and had mud on his clothes. He rushed into the men’s room and threw up. He claimed he had been ill, and that he had tried to return the car but was forced to park it because of traffic. His co-workers became suspicious and called the police. Later, the car Lawrence had borrowed was found–it was discovered in the parking lot behind the wooden fence on the grassy knoll (Marrs 339-340; Groden and Livingstone 133-134).

Lawrence was arrested by the Dallas police that evening. However, like other potentially important suspects who were arrested that day, he was released in short order and with little or no investigation into who he was or what he had been doing at the time of the shooting. Lawrence left Dallas as soon as he was released.[/QUOTE]
..”

Woody Harrelson confesses his dad (Charles Harrelson) was a CIA …

Gaddafi was right about JFK

How Israel’s Dimona Nuclear Reactor Was Concealed From the U.S. Amir Oren Apr 15, 2015 8:27 AM haaretz.com
Documents revealed this week shed new light on the story of Israel’s nuclear program, and the role of John Kerry’s father in the saga.

“..The cumulative result was that while the Americans had their suspicions and tried to sniff things out, they didn’t know for certain. As they had been in the Sinai-Suez military campaign of 1956, the Eisenhower administration was surprised by the depth of the Israeli-French cooperation. And as before, in late 1960, around the time of the U.S. presidential election, there was another surprise – although this time Eisenhower was nearing the end of his final term and could not seek re-election, instead passing the mantle to his successor, John Kennedy.

Secretary of State Kerry, who is currently up to his neck in the negotiations over Iran’s nuclear program, can find dispatches in the State Department archives – or through Cohen and Burr – that his father sent from the Norwegian capital concerning Israel’s nuclear program. The elder Kerry, who served as secretary of the U.S. embassy in Norway, reported in the summer of 1959 on conversations between American and Norwegian officials from the two countries’ nuclear energy commissions, and about his subsequent efforts to look further into the issue of the sale of heavy water to Israel. The secrecy, the Norwegians explained, was designed to avoid attracting the attention of officials enforcing the Arab boycott of Israel with regard to the companies involved in the heavy water transaction. Two other reasons cited were Norwegian participation in the United Nations emergency force in Sinai (and on other Arab-Israeli cease-fire lines) and contacts with Egypt over the sale of nuclear equipment for research and medical purposes.
..”

JFK to 911 Everything Is A Rich Man’s Trick 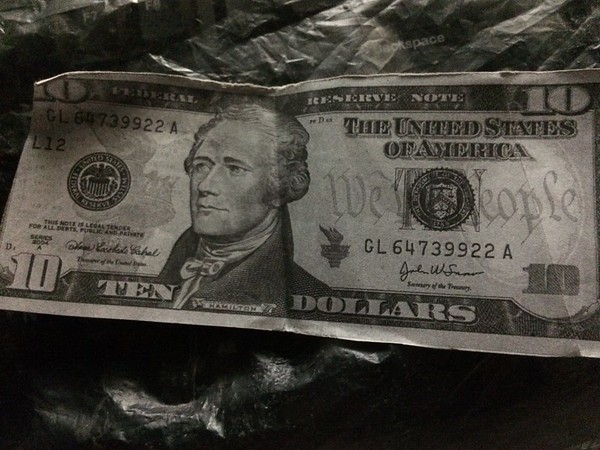