Now You Know: Antarctica-Facts or Fiction?

“..Introduction :: ANTARCTICA
Panel – Expanded
Background:
Speculation over the existence of a “southern land” was not confirmed until the early 1820s when British and American commercial operators and British and Russian national expeditions began exploring the Antarctic Peninsula region and other areas south of the Antarctic Circle. Not until 1840 was it established that Antarctica was indeed a continent and not merely a group of islands or an area of ocean. Several exploration “firsts” were achieved in the early 20th century, but generally the area saw little human activity. Following World War II, however, the continent experienced an upsurge in scientific research. A number of countries have set up a range of year-round and seasonal stations, camps, and refuges to support scientific research in Antarctica. Seven have made territorial claims, but not all countries recognize these claims. In order to form a legal framework for the activities of nations on the continent, an Antarctic Treaty was negotiated that neither denies nor gives recognition to existing territorial claims; signed in 1959, it entered into force in 1961.
..”

New! Antarctica, Do You Know Why All The Governments Have Rush Down There?

New Antarctica! Antarctica is a place of mystery because for the most part the general public has no access. The governments from all around the world have rushed to see something.” 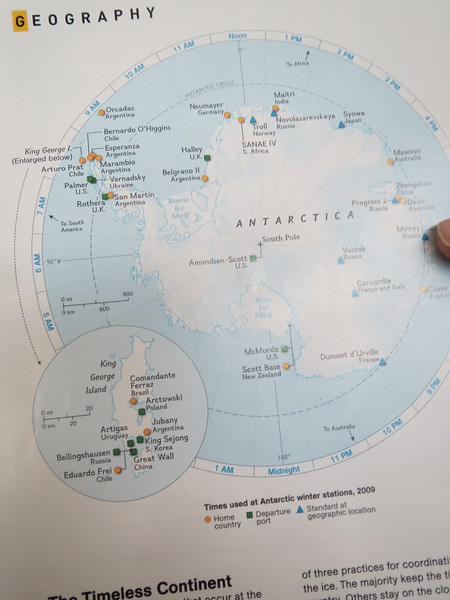 The Fallen Angels Imprisoned in Antarctica and are still Alive!

ACTUAL FOOTAGE OF ARK OF GABRIEL SHIFTED FROM MECCA TO ANTARCTICA

Muhammed was told to bury the ark in a shrine at a “place of worship” – for it to be brought out as the end of the world approaches.

Saudi Arabia has uncovered the ark during a major construction project at the Grand Mosque – and handed it to the Russians.

Russian military is taking the ark to the Antarctic – possibly to a former Nazi UFO base.

HOLY SITE: The ark was reportedly found under the Grand Mosque, in Mecca

Same as The Ark of the Covenant from Indiana Jones

Saudi Arabia, Russia and The Ark of Gabriel

Proof on how the Nephilim will Return

Some believe in the Nephilim because they are spoke of in the Bible but few ever notice that Jesus spoke of their return. So if they are coming back how will they get here. Now you will have that answered.

A truly shocking and astonishing video on extremely strange events in the Antarctic. A naval officer tells us what he remembers, including seeing a huge opening in the ice in a no-fly area they were crossing with a medical emergency on board. Then he ferried a group of scientists who had disappeared for two weeks, and has specifically been warned not to refer again to this subject. As he put it, “they looked scared.” When they returned to McMurdo, their gear was isolated and they were flown back to Christchurch, New Zealand in a special plane.

He discusses what he saw and experienced in detail. This is the most provocative story about what is going on in Antarctica ever presented anywhere.”
Tags: Reptilians, blonde hair, saw Christ image, humanoids,destroy Hebrew blood-line, etc..

Latest discorvery in the Antarctica 13 may 2017 will blow your mind. the

This is behind Antarctica !! Russia Leaks Impressions From Secret Bases & Land 3/3

This is behind Antarctica !! Russia Leaks Impressions From Secret Bases & Land 3 3 Must See
“

There may be good reason for your curiosity if you have ever wondered about what is really going on at the southernmost continent… With so many myths and rumors flying around about the place lately, we decided to do a little research of our own into the claims… which turned into a whole lot of research… and what was going to be a 10-minute video turned into this.

Copyright Disclaimer Under Section 107 of the Copyright Act 1976, allowance is made for “fair use” for purposes such as criticism, comment, news reporting, teaching, scholarship, and research. Fair use is a use permitted by copyright statute that might otherwise be infringing. Non-profit, educational or personal use tips the balance in favor of fair use.”

Antarctica trip 2016, Antarctica Tourism, Antarctica Travel Guide, Antarctica vacations
Travel Videos HD, World Travel Guide http://www.youtube.com/subscription_c&#8230;
Antarctica is a land of extremes: it is the coldest and driest continent on Earth and has the highest average elevation. As the fifth largest continent in the world, Antartica is also the most Southern, overlying the “South Pole”. Scarcely touched by humans, the frozen land boasts breathtaking scenery, broken by only a handful of scientific bases and a “permanent” population of scientists numbering only a few thousand. Visitors to Antarctica generally must brave rough sea crossings aboard ice-strengthened vessels, but those who do are rewarded with amazing scenery and tremendous and unique wildlife.

Destinations
=============
The primary destinations for those visiting Antarctica will either be a research base (for those working on the frozen continent) or the Antarctic Peninsula or Ross Sea area (for those visiting by ship). Other destinations are reachable only by those blessed with extreme motivation and (most importantly) funding. South Pole — needs no introduction Southern pole of inaccessibility — the furthest place in Antarctica from the Southern Sea (in other words the hardest place to get to in the world), home to an abandoned Soviet station, which although covered by snow, still bears a visible gold Lenin bust sprouting from the snow and facing Moscow (if you can find a way inside the building, then there’s a golden visitor book to sign) Mount Erebus — world’s southernmost active volcano, on Ross Island right next to ~Mount Terror!~ Anver Island / Anvord Bay — if any part of Antarctica is “touristy,” this is it, home to Palmer Station (U.S.), the museum at Port Lockroy, Cuverville Island, and the only two cruise ship stops on the continent: Paradise Bay and Neko Harbor South Shetland Islands — another set of major attractions on the Antarctic Peninsula cruise ship circuit, including: penguins and hot springs at Deception Island, Hannah Point, Half Moon Island, Aitcho Islands, Artigas Base (Uruguay), and the ever friendly Polish researchers at Arctowski Station McMurdo Sound — McMurdo Station (USA) and Scott Base (New Zealand) on the mainland near Ross Island Mawson’s Huts — the small encampment of Sir Douglas Mawson’s ill-fated Australian Antarctic Expedition, of which he was the sole survivor, at Cape Denison, Commonwealth Bay”

Underground “City” Under the Ice???

REAL FOOTAGE OF ANTARCTICA THE FACTS THEY GIVE IS WORTH WATCHING AND JUDGE FOR YOURSELF.
“

What else do you know or don’t know that you would like to see (e.g. websites, videos, etc..) added above?