Deep Thought: Different Faiths with one Spirit at Standing Rock

Before going to Standing Rock, it was cool to learn the many different backgrounds of faiths represented in this movement..

500 Clergy Come to Standing Rock after a week of violence

“I look at my brothers and sisters of Standing Rock as the moral compass of this country.”

After a week of violence inflicted by law enforcement on unarmed peaceful water protectors, over 480 clergy and people of all faiths arrived in solidarity with Standing Rock. In solidarity, they repudiated the Doctrine of Discovery, denounced the Dakota Access Pipeline, and affirmed the position of the water protectors on the ground.

Image Gallery: 500 interfaith clergy and laity answered the call to stand with Standing Rock By Lynette Wilson | November 3, 2016 episcopaldigitalnetwork.com
“…The Rev. John Floberg, supervising priest of the Episcopal churches on the North Dakota side of Standing Rock, gives instructions to more than 500 people from 20 faith backgrounds gathered in the Oceti Sakowin Camp just after dawn. Photo: Lynette Wilson/Episcopal News Service..”
Clergy Standing with Standing Rock themennonite.org
Clergy repudiate ‘doctrine of discovery’ as hundreds support indigenous rights at Standing Rock NewsNorman Jameson | November 4, 2016 baptistnews.com
“..From around the country 524 clergy responded to the call of North Dakota priest John Floberg to gather in support of the Sioux Nation’s attempts to stop construction of an encroaching oil pipeline near Standing Rock…”
Standing Rock: A Clergy Call to Action .ucc.org
“…If you are unable to join with other clergy on these dates but would like to come later in the fall or winter when support will still be needed, please coordinate with the Rev. Brooks Berndt, the Environmental Justice Minister for the United Church of Christ…”
500 Clergy Join Peaceful Witness at Standing Rock By Jill Goddard November 7, 2016 uua.org
“…On Thursday, November 3, over 500 clergy – including over 50 Unitarian Universalist clergy – answered the call to come to Standing Rock in solidarity, prayer, and action with the Standing Rock Sioux Nation and the water protectors. The goal of the peaceful interfaith witness was to increase awareness of the situation and to advocate for elected officials to take action to end construction of the Dakota Access Pipeline (DAPL).
..”
Clergy for Standing Rock: Rev. Kelli Clement, youtube.com
IFCO/Pastors for Peace | An interfaith organization to assist oppressed … ifconews.org
“..Ecumenical agency delivering humanitarian aid to Latin America and the Caribbean. Includes membership information, a list of projects, and a forum…”
CUBA
CARAVAN
2016, cubacaravan2016.org

“…The Interreligious Foundation for Community Organization (IFCO) is a multi-issue national ecumenical agency, which was founded in 1967 by progressive church leaders and activists. For more than four decades, the Interreligious Foundation for Community Organization (IFCO) has assisted hundreds of community organizations and public policy groups – by providing technical assistance, training organizers, making and administering grants, and using our global network of grassroots organizers, clergy, and other professionals to advance the struggles of oppressed people for justice and self-determination. 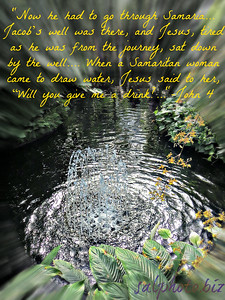