While at #StandingRock I encountered some people sharing about some “racism” they encountered. I then share my ethnic background story. I’m Filipino-American, but there is more information behind that doesn’t really matter. Unfortunately, for some people, that information matters. What is “race”?

One lady that was “opening-up” to me during my chat at one of the camps told me she was part “native”. She kind of sadly shared that people see her outside appearance and just see “White” and automatically “pre-judge” her (e.g. prejudice). I wasn’t surprise of her story as I see similar stories like this in our everyday world.

In addition, biracial adults who are white and American Indian are among the least likely of mixed-race adults to consider themselves multiracial (only 25% do). They are among the most likely to say their multiracial background has been neither an advantage nor a disadvantage; 82% say it has not made a difference…”

I remember growing up, race wasn’t an issue in my elementary school years. It didn’t become an “issue” until my junior high/middle school years. I remember a “Caucasian” friend asked me what side will I choose during some “racial” tensions between “blacks” and “whites”.

Then in high school, I joined the “Asian Club” to hangout with friends and to add to my resume for “extra curricular activities” (looks good on college application). I remember one peer made a remark that I’ll never forget still-“You don’t even look Asian” (e.g. my eyes weren’t “slanted” enough and too big).

White Supremacist Finds Out His Ancestors Were Black (VIDEO)

-Bible
(Deep thought? Where did all these cultures come from? goodnewseverybodycom.wordpress.com)

As far as the Bible is concerned, there are many nationalities, but there is only ONE RACE! Therefore, why not answer: “The Human Race?”

Speaking to those in ancient Athens, the apostle Paul reminds us, by inspiration of the Holy Spirit, that God made every nation of men from “one blood.”

“God, who made the world and everything in it, since He is Lord of heaven and earth, does not dwell in temples made with hands. Nor is He worshiped with men’s hands, as though He needed anything, since He gives to all life, breath, and all things. And He has made from one blood every nation of men to dwell on all the face of the earth, and has determined their pre-appointed times and the boundaries of their dwellings…” (Acts 17:24-26). ..”

Well, I felt bad for this lady sharing that she’s been discriminated because she looks “white” and is part “native”. I told here that I’ve been mistakenly called a bunch of different races. She told me I look “native” and I told here that I’ve been called many different races depending on my hairstyle. I told her that my great-grandfather is Spanish and they are known as the “colonizers” of the Philippines and many other countries (e.g. conquers of “natives” in the Americas), so I feel bad too! However, we shouldn’t feel bad because of our past history. She told me that we should at least “do something” to make peace or reconciliation of our “past mistakes”.

After this response, I then reflected that Jesus did this on the cross for our “past sins”. The first step as as Christian is just asking God for forgiveness of our sins and past sins of our ancestors. Then we can ask God ourselves what we can do as individuals. I think that is the reason for the many Veterans that came (see blog above). 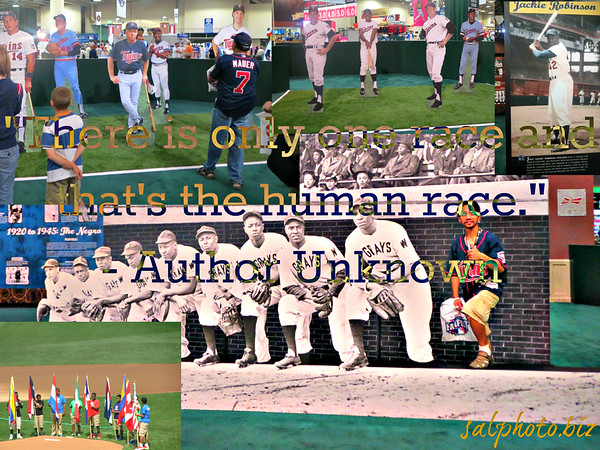