North Dakota: Why Were U.S. Veterans at Standing Rock?

At Least 2,000 Veterans Arrive at Standing Rock to Protest Dakota Pipeline By Michael Edison Hayden Catherine Thorbecke EVAN SIMON
Dec 4, 2016, 2:29 PM ET abcnews.go.com
“.. Chicago native David Hulse, 34, a Navy veteran who served in Iraq told ABC News that he decided at the last minute to join the protests, describing his involvement as “not a mission of war, but a mission of peace.”

“Seeing so many veterans show up,” Hulse said. “Out here, it’s brotherhood.” ..

Among the veterans are some high-profile names, including U.S. Congresswoman Tulsi Gabbard, Democrat of Hawaii, who gained prominence when she left the Democratic National Committee to campaign for Sen. Bernie Sanders during his bid for the Democratic presidential nomination this year. Gabbard has frequently voiced support for the Dakota Access protest movement over social media. ..”

The band of US veterans who stood with protesters at Standing Rock have announced their next stop Written by Lila MacLellan December 07, 2016 qz.com
“…To the nation’s surprise, a day after 2,000 veterans and first responders appeared out of nowhere to support the Standing Rock Sioux Tribe’s protest of the Dakota Access Pipeline, the US Army Corps of Engineers effectively shut down the project. Now that same veterans group has announced plans to take their army for social justice on the road, giving hope to environmentalists and peace activists everywhere.

The presence of the veterans heightened the dramatic tension in what was largely seen as a noble battle between a small group of Native Americans and environmentalists against heavily armed police. During the course of the protests there were several high-profile clashes, including some in which police used rubber bullets and tear gas on activists. One night the police turned a water cannon on men and women despite sub-freezing temperatures. Opponents of the oil pipeline had spent months working to derail its construction because its planned route would cross within a half-mile of the Standing Rock Sioux reservation border. A breach would have put the local water supply at risk….

Now the leaders of the veterans group have announced plans to take their “peaceful, unarmed militia” to Flint, Michigan, where their presence will bring reporters and cameras, once again in service of a struggle for clean water.

Last year, regulators found that Flint’s water supply contained illegally high levels of lead. The problem had been essentially ignored for more than a year after residents first complained of rashes, headaches and a foul odor from the brown or yellowish water that ran from their taps. As an investigation into the crisis surfaced stunning cases of overlooked illnesses and warnings, Flint—where 40% of the 100,000 residents live in poverty, and the majority of residents are black—came to represent the fallout from America’s tolerance of extreme inequality. Public attention has since faded, however, even though the crisis has not been fully resolved…”

Veterans Head To Standing Rock To Support ‘We The People’

NODAPL: Veterans are coming to support the Standing Rock tribe , from youtube.com

Protesters at Standing Rock celebrate an unexpected victory
This story is a part of Across Women’s Lives PRI’s The World pri.org December 05, 2016 · 2:30 PM EST By Jasmine Garsd
“..The very first man I met upon arriving at the camp was a Navajo vet, named John Shirley. “I’m here to be, basically, a human shield,” he explained.

Shirley is a veteran of the first Iraq War. He came from Arizona to guard the protesters. I met him at the entrance to the sprawling camp, where, in recent weeks, protesters have clashed with National Guard soldiers and local police. And that’s when veterans like Shirley decided to come help people. To be that human shield.

To “stand there, close my eyes, and take whatever comes at me. As long as I can block and deflect whatever it may be … you know, that’s the way we was trained,” he says.

Like many veterans, he felt outraged at the way protesters were being treated by police. And he was also frustrated that Native lands and resources could be endangered by the pipeline. “I never thought I would be doing this on American soil,” he says. “Protecting the American people from their own government. I never thought that would happen, you know?”

Several thousand veterans felt the same way, pouring into the camp over the weekend. At a meeting Saturday night, in a warehouse outside Standing Rock, veterans were instructed to be nonviolent. Sage burned while men and women in uniform received marching orders: “We will not instigate.” They were told to spread the orders among themselves. No direct confrontation, and nothing that could harm the cause.

At that warehouse, there was a sense the pipeline was inevitable. By the next afternoon, they found out that wasn’t the case.

At the camp, Brandi King, a Nakota veteran of Iraq, said nonviolence is a challenging order for a warrior. “Fighting for peace is a lot harder than — I mean anyone can pull a trigger. … Actually being peaceful, and fighting for that — that takes a warrior. It takes a strong person to be peaceful.”….

King said after 10 years of not knowing what to do with herself, she finally began to heal at Standing Rock. “This — seeing people together, seeing people support each other, that provides healing for me. Seeing my indigenous brothers and sisters being able to stand up with pride, provides a healing for me.”
..”

One Veteran On Why He Will Stand For Standing Rock 05:36
Play
November 30, 2016 wbur.org
“…Thousands have registered to go. Here & Now’s Robin Young speaks with one of those vets, Dakota Blue Serna (@dakotabusmc), a former Marine.
Interview Highlights

On his motivation to go to Standing Rock

“I think a lot of veterans share my feelings that with these last couple of wars in Iraq and Afghanistan that we got cheated. We were lied to from our government, and we went and we fought a war based on a lie. So a lot of our guys are feeling that our service really was for nothing, and so now we’re going out there because this is what we signed up for, this is where our passion is, this is what we signed up to defend, are the people here in our country against all enemies, foreign and domestic. And right now, I love my government, I love my country, but the government is kind of cracking down on peaceful protesters, and it broke my heart to watch these people being sprayed with water in 25-degree temperatures. That’s inhumane, that’s unethical and that’s un-American.”

On where he stands on the issue

“I’ve got friends on both sides. I understand both sides of the story here and that’s a little bit unfortunate — you catch flak from both ends. … I will say that the general consensus of those guys, they do agree with me when I say we need to find alternative sources of energy and we have the means and the technology to do so. And we need to move away from sucking the earth’s life blood out of the ground and polluting our air. And it’s possible, and I don’t understand why people are — you know, the people with the money who make those decisions — are pushing away from that.”..”

Veteran at Standing Rock:”I killed people…we were killing people for the wrong fucking reasons.” , from youtube.com
“Published on Dec 13, 2016

Wait for it…
Veteran at Standing Rock has frank conversation with other veterans who were marching in blizzard conditions DEC,5,2016. The man speaking was one of the thousands of U.S. military veterans that converged from around the country to Standing Rock North Dakota in a show of solidarity to pipeline protesters or “water protectors” as they prefer to be called.

This is RAW unedited video. There is some audio interference but I was filming in a blizzard, so it was unavoidable. Please like, share and feel free to use in your own projects. Love and respect to everyone out there.”
*see Neutral Perspective: Iraq War was justified or not? from goodnewseverybodycom.wordpress.com

Veteran Finds Forgiveness, Peace in Standing Rock Fight Dec 9 2016, 10:41 pm ET by Daniel A. Medina and Rebecca Davis nbcnews.com
“…As a Native American U.S. Army veteran, Monroe, 35, has for years struggled with regret. He struggled with fighting in the Iraq War for a nation that had displaced millions of his people. When he was deployed in Iraq, he says, he noticed the parallels between Iraqis and Native Americans. ..

“I’m able to forgive myself now for some of the stuff that went on in Iraq,” Monroe said. “Feels good now that I’m forgiven and when I go to the other side and I cross the other side that I can be proud of this life I lived.” ..

As a member of the Nakoda tribe, Monroe’s roots trace back to Cannon Ball. As his ancestors fought foreign invaders to save their land from dispossession, Monroe says he and his peers fight with peaceful protest.

Veterans Going to Standing Rock, you have been completely scammed and Duped by Wes Clark Jr. , form youtube.com
Pam Hemphill
“Published on Nov 28, 2016

Whatever you decide, I do want to thank you for your service, and I appreciate the sentiment of why you may have been fooled here. It says that you have character and you would sacrifice to help the needy. Unfortunately that is not the cause here anymore.”

Michael Sean encouraging veterans not to travel up to Standing Rock.”
*Statement about ..
Sewer Runoff from Standing Rock Casino Potentially Impacting Lake Oahe Drinking Water Posted on September 23, 2016 standingrockfactchecker.org
“..The map below shows the Prairie Knight Casino & Resort and the tributary system that eventually flows into Lake Oahe. It’s fair to speculate that the casino could currently be discharging their waste into the same water source the Dakota Access Pipeline is being criticized for crossing…”
Did the Dakota Access Pipeline Company Deliberately Destroy Sacred Sioux Burial Sites?
Tuesday, 06 September 2016 00:00 By Amy Goodman, Democracy Now! | Video Interview truth-out.org
Complaints grow over whites turning Dakota Access protest into hippie festival By Valerie Richardson – The Washington Times – Monday, November 28, 2016 washingtontimes.com
Tension brews as outsiders trash camps, mooch off tribe
“…“They are coming in, taking food, clothing etc and occupying space without any desire to participate in camp maintenance and without respect of tribal protocols,” she wrote. “These people are treating it like it is Burning Man or The Rainbow Gathering and I even witnessed several wandering in and out of camps comparing it to those festivals.”

Her Nov. 14 post, now making the rounds on social media, said outsiders are “literally subsisting entirely off the generosity of native people (AND YOUR DONATIONS if you have been donating) who are fighting to protect their water just because they can.”

A local deputy who asked to remain anonymous told WDAY AM’s Rob Port that most of the protesters are white, and that some have used racial slurs against black, Hispanic and American Indian officers.

Standing Rock Sioux Chairman David Archambault II, who is leading the protest, raised concerns about sanitation in a ..” 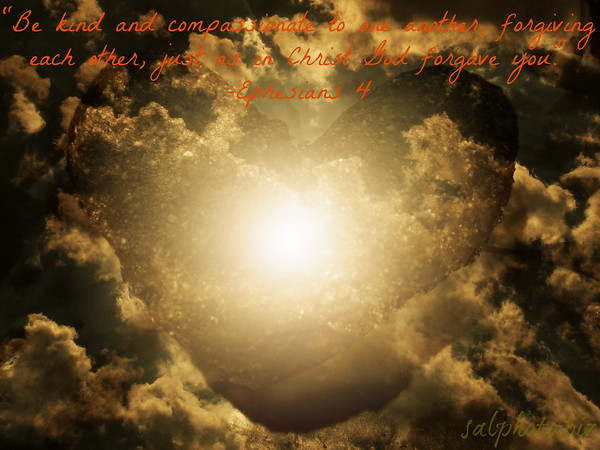