Transition to a world without oil
TEDGlobal 2009 · 16:40 · Filmed Jul 2009
22 subtitle languages ted.com
“Rob Hopkins reminds us that the oil our world depends on is steadily running out. He proposes a unique solution to this problem — the Transition response, where we prepare ourselves for life without oil and sacrifice our luxuries to build systems and communities that are completely independent of fossil fuels. “>

Fossil Fuels vs. Renewable Energy Resources By Eric McLamb, September 6, 2011 ecology.com
“..The sun also provides enough energy that can be stored for use long after the sun sets and even during extended cloudy periods. But making it available is much easier said than done. It would be cost prohibitive to make solar energy mainstream for major world consumption in the near future. The technology is pretty much ready for many business and consumer applications, but it would be way too expensive to replace the current energy infrastructure used for fossil fuel energy. Still, according to the European Photovoltaic Industry Association, solar power could provide energy for more than one billion people by 2020 and 26 percent of global energy needs by 2040…”

Burlington’s switch to renewable energy will reduce greenhouse gas emissions, save $20 million over the next 20 years and keep energy prices stable, according to Ken Nolan, manager of power resources for Burlington Electric…”

The potential for wind energy is immense, and experts suggest wind power can easily supply more than 20% of U.S. and world electricity. The advantages and disadvantages of wind energy are detailed here to help you decide what the future of wind should be in the United States.
..”
Advantages and Disadvantages of Wind Energy First published June 19th, 2013 by James Bratley. Last updated September 10th, 2016. clean-energy-ideas.com
“There are many advantages and disadvantages of wind energy, most of which will be discussed in this article. We’ll take a look at the pros and cons of wind turbines to determine whether the controversy surrounding this clean and renewable energy technology is justified…”
EES-4 Understanding Why Wind and Ground Solar Energy Cannot Replace Fossil Fuels 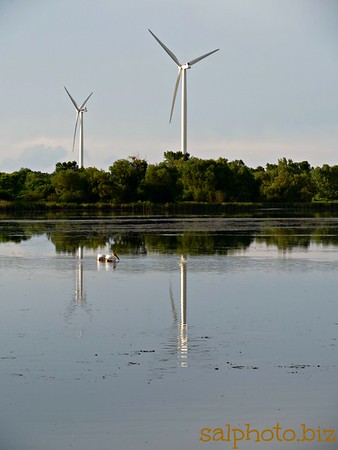 Help support The Real News by making a donation today: http://therealnews.com/donate&#8221;
A Road Not Taken

http://facebook.com/ScienceReason … In 1979, Jimmy Carter, in a visionary move, installed solar panels on the roof of the White House. This symbolic installation was taken down in 1986 during the Reagan presidency. In 1991, Unity College, an environmentally-minded centre of learning in Maine acquired the panels and later installed them on their cafeteria roof.

In “A Road not Taken”, Swiss artists Christina Hemauer and Roman Keller travel back in time and, following the route the solar panels took, interview those involved in the decisions regarding these panels as well as those involved in the oil crisis of the time. They also look closely at the way this initial installation presaged our own era.

How Green Are Those Solar Panels, Really? By Christina Nunez, National Geographic PUBLISHED November 11, 2014 news.nationalgeographic.com
As the industry grows, so does concern over the environmental impact.
“..Fabricating the panels requires caustic chemicals such as sodium hydroxide and hydrofluoric acid, and the process uses water as well as electricity, the production of which emits greenhouse gases. It also creates waste. These problems could undercut solar’s ability to fight climate change and reduce environmental toxics…

The silicon used to make the vast majority of today’s photovoltaic cells is abundant, but a “silicon-based solar cell requires a lot of energy input in its manufacturing process,” said Northwestern’s You. The source of that energy, which is often coal, he added, determines how large the cell’s carbon footprint is…”

The French government has announced plans to install solar panels on 621 miles of road over the next five years as part of the “Positive Energy” initiative. The goal of the project is to supply electricity to 5 million people, or about 8 percent of the country. The “Wattway” photovoltaic solar panels that will be used in the project were jointly developed by the French road construction company Colas and the National Institute for Solar Energy and were unveiled last October. We look at the major step forward for green energy on the Lip News with Jo Ankier and Elliot Hill.

..”
Solar Road Panels Offer Asphalt Alternative By Sören Harder .spiegel.de
“..The idea is as simple as it is ingenious. Wherever roads are laid, solar panels could go instead. They would generate electricity, which would in turn be fed into the grid. Thus, oil is conserved twice: Electric cars could be charged with the energy produced by the panels, and the panels would replace the use of asphalt, the production of which requires petroleum…
The Brusaws’ work was impressive enough that this spring, they are launching a pilot project, for which the state awarded them $750,000. In their hometown of Sandpoint, Idaho, near the Canadian border, the couple has built their first parking lot made from solar panels…
There’s just one catch: Currently the solar road panels cost about three times as much as conventional roads, the Brusaws say. But over time, they add, the technology could begin to actually turn a profit. It sounds almost too good to be true. “
First AMAZING Solar Roadway UNVEILED!

The words failure of epic proportion are thrown around a lot these days….. however Solar Roadways grand unveiling may have just raised the bar on what that actually means.

We were promised roads that would generate power, be computer controlled, modular, replaceable, with programmable lights that would function as road markings that would be visible during the day.

What was delivered was a ‘road’ that couldnt be driven
DIDNT GENERATE ANY POWER
had LED lights on that just cycled
LED that were not visible even when the STREET LIGHTS WERE STILL ON, let alone in full daylight!
and of course 75% of them died within a week of instillation.

You too can now watch the brilliance of the REALITY of solar freakin roadways live!
http://www.cityofsandpoint.com/visiti…

You would have thought such a failure to achieve anything would have dampened their bold claims…. but not at all, they are now claiming the road will recharge your electric car while you are actually driving……sigh…. and they STILL get wall to wall favorable media coverage!

“
Could Solar Panels Replace Concrete Or Asphalt Roads? Quora , Contributor Jun 5, 2014 @ 11:54 AM forbes.com
“Yes, they could. The basic engineering of Solar Roadways seems robust and fairly well thought through. Could they do so economically? It’s very difficult to see how…

Solar Roadways make them a lot more expensive — 10 to 40 times more expensive depending on assumptions — and in theory create the ability to avoid some costs and make some other costs more viable, but a lot of the additional value seems pretty flimsy. They will be unable to overcome this massive cost increase through generating electricity.

For example, they want to replace painting road markings — which would degrade the light hitting the solar panels — with LED road markings. Well, this just adds a lot of cost and heat, won’t necessarily be particularly visible during the day and will put LEDs and their wiring between the panels and the sunlight too. Ditto magically moving lane markings allowing shifts in traffic patterns will likewise be an expensive technical solution to some paint which needs to be restored every year or two and maybe some overhead signage…

So what’s the problem with snowplows? Well, they have heavy metal blades that scrape across the road. And the road in this case is a bumpy glass surface, because a slick surface would become a sheet of ice in the rain, so it needs to be textured. And the snowplow blade is going to be blasting across these bumps at 30-50 miles per hour scraping them off and shattering them. Oh, and leaving a lot of snow packed into the cracks between the bumps, degrading the effectiveness yet again. Salt, gravel and other substances will likely be required as well, which is fun when you have a bunch of glass panels with cracks between them allowing salty water in among the solar panels, LEDs, wires and heating coils…”
U.S.’s First Public Solar Road Will Roll Out On Route 66 by Barbara Eldredge@barbaraeldredge Jun 21, 2016, 9:35am EDT curbed.com

Solar streets are finally having their moment in the sun
“..Missouri’s transportation department is set to launch their own crowdfunding campaign to support their energy experiment, and expects the hexagonal solar panels to be fully installed and operational by the end of the year…”

Is Solar Energy Sustainable? 4 Problems to Solve Before the Solar Revolution Joel Lee June 12, 2015 8 minutes makeuseof.com
“…Seriously, we could run out of fossil fuels by 2060.

Solar energy is our best hope, but the development of said technology over the past few decades has been lackluster. How long before solar energy lives up to its promises? What’s taking so long? Will the energy revolution arrive in time?… 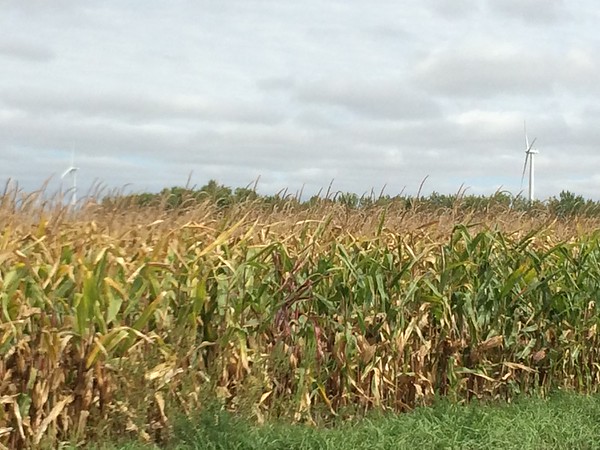 Advantages and Disadvantages Of Biomass Energy conserve-energy-future.com
“..Now these biomass fuel products are harvested and mass-produced and used in everything from engines to power plants. … Carbon dioxide released by fossil fuel are released into the atmosphere and are harmful to the environment. 3. Abundant and Renewable: Biomass products are abundant and renewable…”

Biomass Energy Pros and Cons You Absolutely Have to Know

“Biomass Energy Pros and Cons You Absolutely Have to Know
Advantages and disadvantages of biomass – Bioenergy bioenergy.org
“..Disadvantages
Cost

The initial cost of a biomass boiler is higher than a regular gas or oil boiler.
Space

Biomass boiler systems are generally larger than gas or oil boilers and require a separate storage area for fuel so therefore a large amount of space is required.

Ontario puts stop on renewable energy projects amid hydro rates uproar September 27 2016 6:32pm globalnews.ca
”
With Kathleen Wynne’s government tanking in the polls, and consumers angry over soaring hydro rates in rural Ontario, the province is cancelling its latest round of costly renewable energy projects. As Shirlee Engel reports, it’s still won’t make much of a dent in hydro bills…”
Costa Rica Running on 100% “Renewable” Energy…or Are They? – David Pakman Show September 12, 2016 trofire.com
“Costa Rica has been running on 100% “renewable” energy, but is it truly renewable?”

Wyoming proposal would require utilities to use fossil fuels
Mead Gruver, Associated Press Wed, Jan 25 2:36 PM PST yahoo.com
“..The legislators’ push to punish renewable energy use “clearly picks a preferred energy source regardless of cost. This may not only cost ratepayers and consumers in Wyoming, but it could harm our potential to attract new industry,” Godby said.

The bill would penalize utility-scale solar and wind because those producers are less able to respond quickly to fluctuating demand for power. Natural gas power plants can fire up quickly when millions of people turn on their air conditioners during a heat wave.

But the wind does not blow all the time and solar energy installations cannot produce electricity at night, making them less versatile than fossil fuels that can be burned whenever electricity is needed…”

Renewable energy: can it ever replace fossil fuels, or do other sources have to be explored?

For more information, transcripts and to join the discussion, visit: http://www.commentvisions.com/2008/05&#8230;

Renewable energy has been both praised and derided as an alternative source of power over the past two decades. To its detractors it is inefficient, unreliable and economically unsound. To its advocates it is free, clean, and unlimited in its potential. With global reliance on dwindling oil reserves an international political priority, attention continues to focus on renewable energy and its applications…”

“..change our energy behavior of energy consumption..increase efficiency in one end and other save…increase renewable energy”

“There is abundance of energy on earth, but these corporations and their profit based systems wont allow anyone to produce cheap energy. Because all the profit goes to these oil selling companies.