Ever been on the other side of a “broken” promise? What was it for? How did it make you feel? Now, let’s flip the coin, have you ever broken a promise to someone?

We are all humans, which we all make mistakes. However, how much is “enough”?

Green light, red light for Dakota Access Pipeline By Ralph Ellis, Ray Sanchez and Holly Yan, CNN cnn.com
“..First, a federal judge rejected the Standing Rock Sioux Tribe’s efforts to stop construction of the crude oil pipeline that would run from North Dakota to Illinois, saying the tribe failed to show “it will suffer injury that would be prevented by any injunction the court could issue.”

But later in the day, the Army and US Justice and Interior departments jointly announced they would stop — at least temporarily — pipeline work under a lake the tribe considers a crucial water source.
They asked the pipeline company to voluntarily halt construction within 20 miles of Lake Oahe while the Army reconsiders the decision to proceed under the National Environmental Policy Act or other federal laws. ..”
Barack Broken Promise to Native Americans DAPL Pipelines New Bid Misdemeanor No Bail


“..Hundreds protest Dakota Access pipeline at White House
On the 13th of September, hundreds gathered at the White House to demand that President Obama revoke all permits for the Dakota Access Pipeline. One of the speakers reported 22 arrests on Sep 13 at Standing Rock, where Energy Transfer is attempting to continue DAPL construction in defiance of demands from the Dept of the Interior and US Army Corps of Engineers that construction be stopped…”
Standing Rock Sioux Continue Opposition To Dakota Access Pipeline 4:21 October 30, 20165:00 PM ET Heard on All Things Considered npr.org
“..MARTIN: Well, to that end, though, one consideration in this case is the history of the relationship between the Sioux Nation and the U.S. government, which many people see as a history of broken promises, early treaties that were broken to lands like the Black Hills, which were taken during the Gold Rush. And I am wondering how much of the intensity of feeling around this, which has attracted not just the Standing Rock Nation members but also, you know, tribal members from around the country, how much of it is, in part, because of that…”

With more than 500 treaties already broken, the government can do whatever it wants, it seems… By Samuel Vargo Friday Nov 21, 2014 · 4:06 PM CDT dailykos.com
“..More than 500 treaties have been made between the government and Indian tribes and all were broken, nulllified or amended. Nothing’s changed. The mere fact that the Keystone XL oil pipeline has even been considered is a violation of law and shouldn’t have seen blueprints, let alone having this North American monster voted on by the Senate and House of Representatives…

Nothing’s changed since then, actually. The Senate vote Tuesday was solely based on GREED and self-interest by Self-Serve-a-tive politicians who have been lambasted continually as being mere pawns for Big Oil & Gas, along with the interests of the egregious Koch Brothers.
The South Dakota Black Hills contains some of the most antediluvian mountains in the world, encompassing over 5,000 acres. And the Black Hills have been held sacred by the Lakota people since antiquity. The 1868 Fort Laramie Treaty designated the sovereignty of the Lakota people and prohibited outside settlers to ever occupy their lands. All this changed, though, in 1874 when gold was found in the Black Hills and in other areas held sovereign by the Lakota and non-Indian miners swarmed the Black Hills. Consequently, the federal government reneged on the Fort Laramie Treaties and took total control of the Black Hills again, only a decade after signing the second treaty.

The 1851 Fort Laramie Treaty, by the way, clearly defined boundaries owned by the Lakota people and if the land boundaries of this treaty were actually upheld by the federal government, a very large Indian state about twice the size of Oklahoma would now be situated somewhere in the upper Midwest, probably between Minnesota and Montana. But Wasi’chu had other plans and in 1862, President Abraham Lincoln allowed for a flood of white settlers into Native lands by signing the Homestead Act. In retaliation, there was an Indian uprising in 1863 by the Santee Sioux tribe in Minnesota which resulted in the largest mass-hanging in U.S. history wherein 38 Sioux men were hanged by order of President Abraham Lincoln. Ironically, the mass-execution came only two days after Lincoln signed the Emancipation Proclamation…”
Broken Promises: Standing Rock Sioux Tribe Cites History of Government Betrayal in Pipeline Fight By EVAN SIMON Nov 22, 2016, 4:31 AM ET abcnews.go.com
“…Things only got worse for the Sioux after gold was discovered at the headwaters of the Missouri River in 1861, prompting a flood of settlers. The tribes repeatedly objected to the intrusions and demanded government recognition of the 1851 Fort Laramie Treaty, but their complaints fell on deaf ears.

By 1868, the U.S. government and representatives of various Sioux tribes convened once again at Fort Laramie. The resulting treaty established a much smaller territory known as the Great Sioux Reservation, but under Article 12 no further land loss could occur unless approved by three-fourths of adult Sioux males.

Nevertheless, after gold was discovered in the sacred Black Hills of South Dakota deep in Sioux territory, Congress passed the Act of 1877 which ceded the Black Hills to the United States without tribal approval in one of the most controversial land grabs in U.S. history.
..”

Tracking politicians’ promises politifact.com
Trust Us: Politicians Keep Most Of Their PromisesBy Timothy Hill Filed under 2016 Election Apr 21, 2016 at 6:33 AM fivethirtyeight.com

The revelations of whistleblowers lead us to believe that we know a great deal about the secret world of Washington. This is an illusion.

“..﻿ One thing couldn’t be clearer, though: the mania for secrecy has grown tremendously in the Obama years. On entering the Oval Office in 2009, Obama proclaimed a sunshine administration dedicated to “openness” and “transparency.” That announcement now drips with irony. If you want a measure of the kind of secrecy the NSS considers proper and the White House condones these days, check out a recent Los Angeles Times piece on the CIA’s drone assassination program (one of the more overt aspects of Washington’s covert world). ..”

IN GOD WE TRUST!

21 Helpful Bible Verses About Making Promises – Bible Reasons biblereasons.com
What does the Bible say about keeping your vows / oaths? gotquestions.org 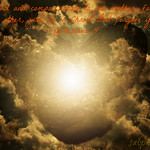 Forgiveness and Restoration By Rose Sweet focusonthefamily.com
Does God Forgive Broken Promises?
I promised God I wouldn’t do it again…and then I did.
Carla Barnhill christianitytoday.com 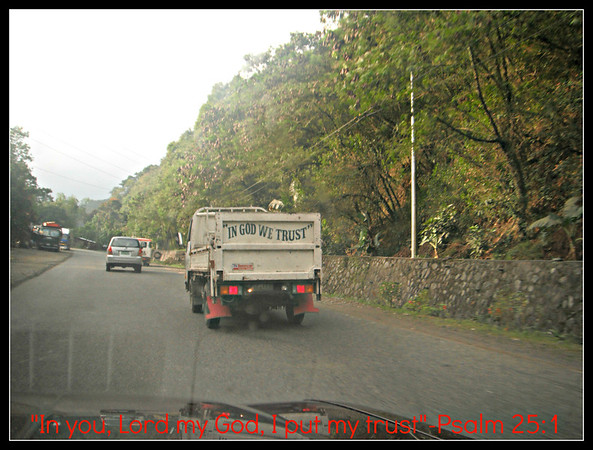 Who can you depend or trust on?