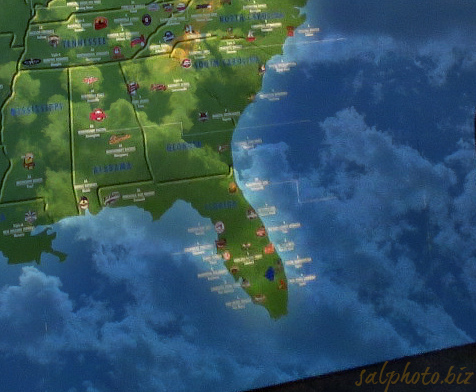 Pray for Florida: How people are showing solidarity online as Hurricane Matthew nears
By Alice Foster
PUBLISHED: 14:10, Thu, Oct 6, 2016 | UPDATED: 15:19, Thu, Oct 6, 2016
express.co.uk
‘Pray That God Keeps Us Safe’: Hurricane Matthew Slams Into Haiti With Deadly Waves ruth-mawhinney Ruth Mawhinney Christian Today Editor 04 October 2016 christiantoday.com
“…”Pray that God, who has control over the hurricane, slows it down, minimises its threats, and keeps the nation safe,” he said. “Pray for enough provision for the eventual victims and affected people. Pray for the Haitian government and authorities to make the right decisions to help the people who might be affected.”..”

cuba
MATTHEW hurricane southeast of Jamaica strengthened to a “powerful” Category 5 storm late Friday, forecasters said, and watches were in place for that nation as well as the southeastern coast of Haiti.
.


How To Help Haiti Victims After Hurricane Matthew: Donate Money, Food And Medicine To These Organizations
By Julia Glum @superjulia On 10/04/16 AT 2:03 PM ibtimes.com

Savannah-Chatham Metropolitan Police issued a statement Saturday, stating they are investigating the death of a man at his home, possibly from structural damage caused by a falling tree…”

Six people also lost their lives in Florida due to the storm, which at one point left 1 million households and businesses without power in the Sunshine State.

In Georgia, four deaths were reported.

The storm touched down in South Carolina, southeast of McClellanville, at 11 a.m. ET as a Category 1 hurricane with maximum sustained winds of 75 mph, according to the National Hurricane Center. ..”


“…
Charleston wakes up under water: Deadly Hurricane Matthew brings more misery after it batters South Carolina and Georgia through the night, kills six in Florida and leaves 1.4 million without power
Hurricane Matthew continued to thunder along the east coast on Friday night and Saturday morning
It swept through the coast of Georgia at around 8pm and reached Charleston, South Carolina, at 1am
Most powerful hurricane to threaten the Atlantic Seaboard in more than a decade is set to make landfall
Six people died in Florida as a result of the aggressive storm which also killed almost 900 in Haiti..”

Florida Was Spared the Wrath of Hurricane Matthew’s Worst Winds By Just Miles
By Chris Dolce
Published Oct 10 2016 12:44 PM EDT
weather.com
*the eye was just far enough from the coast that it didn’t do worse damage as it could’ve done

SPRINGFIELD, Mo.As Haiti reels from the devastating effects of Hurricane Matthew, our team on the ground continues to work with local partners to distribute supplies to children and families in need. Because we pre-positioned supplies, we were able to begin distributions immediately after the storm. We have an international response team en route to Haiti to join our Haitian staff to best meet the needs of storm survivors.

Hurricane Matthew also tore through Cuba leaving mass destruction. We are working with partners on the ground to see what assistance they will need in the coming days.

A U.S. response team deploys later today for Florida to pre-position supplies as the Eastern seaboard braces for impact.

They will take a load of food, water and hygiene kits that can be distributed as needed. As always, our goal is to be among the first on the scene to help survivors quickly and efficiently. Similar to our responses for Katrina and Sandy, pre-positioning our teams and supplies enables us to do just that. ..”
Haiti: Samaritan’s Purse Responding to Hurricane Matthew
October 8, 2016 • Haiti samaritanspurse.org
“..This week Samaritan’s Purse sent two airlifts and 40 tons of water filters, heavy-duty plastic sheeting, hygiene kits, and blankets to help survivors of Hurricane Matthew in Haiti. A Disaster Assistance Response Team (DART) was also aboard our DC-8. They have joined our field staff in distributing these relief supplies to Haitians in desperate need. The 40 tons of supplies will reach 5,000 households.

“Hurricane Matthew has wreaked havoc on Haiti,” said Franklin Graham, president of Samaritan’s Purse. “Our teams are on the ground helping in Jesus’ Name. They’re going to do all they can to meet the needs of the suffering people there. Please pray for the people of Haiti as they recover from this deadly storm.”

Next week we are scheduled …”

We urgently need your help to reach the people in Haiti who are worst affected by Hurricane Matthew, one of the most powerful Atlantic hurricanes in recent years. Donate now: https://www.oxfamamerica.org/matthew

Thousands of people have lost their homes, hundreds have been killed and the number of deaths is likely to rise. Oxfam is there delivering water purification kits and construction materials…”

World Vision is distributing desperately needed emergency relief supplies to survivors of deadly Hurricane Matthew. You can help by donating to the relief effort. http://www.wvi.org/help-haiti-recover“