I decided to take some time to reflect on some past “close” car accidents after a recent one this past weekend. I just thought of others as I reflected on writing about this. I just want to encourage you to always pray for God’s protection (e.g. “armor of God“) daily-not just driving, but every time you start your day…

This past Monday (February 15th 2016) after visiting a friend in Wadena, I was driving back home and almost got hit while going down main street in a town called Parkers Prairie. I can still remember a vivid scene of this almost close accident. I was driving through town and this guy in a pick-up truck just ran through a stop sign and somehow didn’t see me. I could even see his face as he just stopped almost hitting me head-on (driver’s side-me). I swerved to my right to avoid him hitting me, but thankful that he stopped. Fortunately, the weather was very nice and road conditions weren’t icy.

“Pic was taken on my way to Wadnea”

After reflecting on this, I started to remember a near head-on-collision close to my hometown of St. Paul sometime in the summer of 2015 with my mom in the car. I was going north on Ruth St. over I-94 when a car was in my lane going head-on. Thank God, that particular drive swerved back to his own lane.

I have had two encounters with hitting a deer , but never had any damages:

My first deer encounter was when I was coming back to Morris after visiting a friend in Wheaton, Minnesota many years go (2006?). I was driving 55mph (speed limit) at night and just clipped deer as I lightly touched my brakes as I saw it “last minute” jumping out of the ditch. 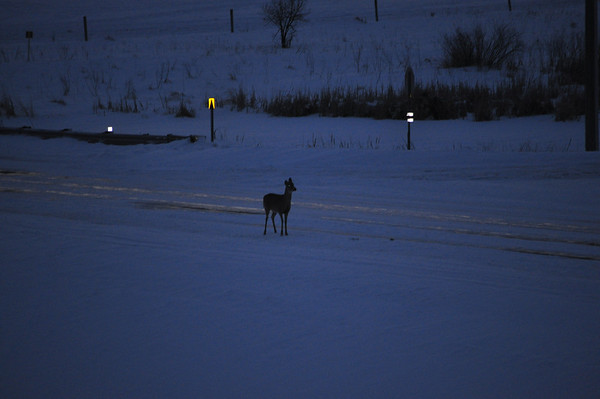 My second deer encounter was coming back to Morris on 59 (state highway) last year with almost similar “touch and go”.

I had a loose battery in my car and finally got it fixed after getting stalled in the middle of I-94 (going back to Morris from St. Paul) in a hot summer of August of 2015. Fortunately, I was able to start my car after a quick adjustment of the positive wire. Luckily, it started right away during a 10mph bumper to bumper 2 lane only slow traffic. It was kind of embarrassing, but would laugh and grateful to God getting me of this situation safely. 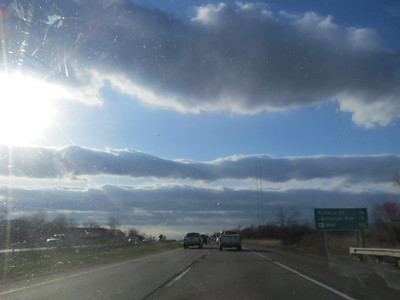 I’ve had to at least share one (“only”) car accidents…so far (God willingly..no more). My freshmen year in college, I was driving back to Morris during a winter storm with some friends. This was a time that we didn’t have any social networks of alerting us “no” school. I was driving back to UMM with some college friends. Interstate I-94 was pretty slipper and this semi truck was nearing my bumper going fast. Being a “rookie” driver (1st year driving), I was scared, so I pushed the accelerator to avoid this near semi-truck getting close and suddenly the car ahead of me pushed their brakes. To avoid a head on-collision of this vehicle’s bumper. I swerved to the right immediately avoiding this car’s back. However, I didn’t want to go to the ditch, so I swerved to the left back to traffic. Unfortunately, I hit this car’s side door and caused a dent (my car insurance went up after this 😦 ). I was thankful that the accident didn’t get as worse that it could’ve been (e.g. no one got hurt-“things can be replaced, but lives can’t”). After this accident, I’ve learned to not get stressed out when a big semi-truck driver is behind me or I just try to avoid getting close to them if possible. Sometimes, you can’t avoid certain situations, so I usually just trust in God with prayer as I listen to praise music on the radio during “challenging driving circumstances”. 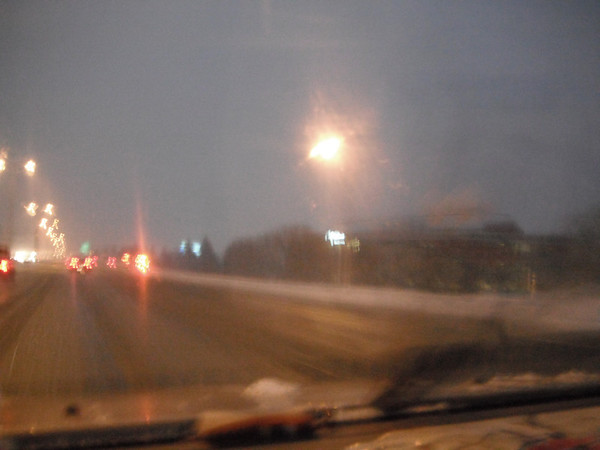 What Would You Say If Your Wife Was Ripped Away?
Article by Marshall Segal Topic: Death & Dying February 19, 2016 desiringgod.org
”
“..Nine short months later, now an assistant coach with the Oklahoma City Thunder, Monty Williams found out last week that his 44-year-old wife had been killed in a head-on car accident. The other driver was driving 92 mph (in a 40-miles-per-hour zone) when she crossed the center line and careened head-on into Ingrid Williams’s SUV. Three of their children were in the car with her; each survived with serious injuries…”