I thought of this topic while working on my bicycle this afternoon (Saturday, November 7th 2015). Has greed become a global epidemic? It’s not just money, but the “selfish” desire for power, status, and wealth!

Ever heard of the saying “There are no U-Hauls in Heaven” or…?

You Can’t Pull A U-Haul To Heaven by Hobson Smith…. 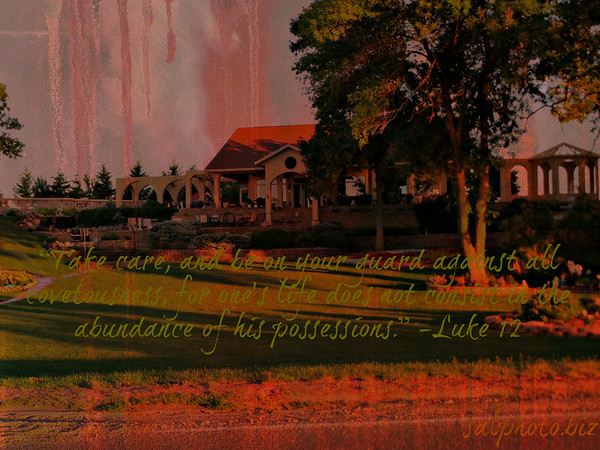 Are your collecting something “materialistically” that you won’t be able to bring to Heaven when you leave this life? I used to collect a lot of sports memorabilias (specifically baseball items). I’m trying to sell it now, like I sold some baseball cards to a friend and used the money for “Native American” outreach.

NO UHAUL BEHIND YOUR HEARSE “MYLES LITTLE, Original , from youtube.com

ISIS Mercenary Admits Getting Funds from US journal-neo.org
“…1414324972-The Express Tribune, an affiliate of the New York Times, recently reported in an article titled, “Startling revelations: IS operative confesses to getting funds via US,” that another “coincidence” appears to be contributing to the so-called “Islamic State’s” (ISIS) resilience and vast resources. A recent investigation being conducted by Pakistani security forces involving a captured ISIS fighter has revealed that he and many fighters alongside him, received funds that were routed through the US.

“During the investigations, Yousaf al Salafi revealed that he was getting funding – routed through America – to run the organisation in Pakistan and recruit young people to fight in Syria,” a source privy to the investigations revealed to Daily Express on the condition of anonymity.

Al Salafi is a Pakistani-Syrian, who entered Pakistan through Turkey five months ago. Earlier, it was reported that he crossed into Turkey from Syria and was caught there. However, he managed to escape from Turkey and reached Pakistan to establish IS in the region.

The Tribune would also reveal that the findings of the investigations were being shared with the United States. The source cited by the Tribune suggested a compelling theory as to why the US has attempted to portray itself as “at war with ISIS,” stating:

“The US has been condemning the IS activities but unfortunately has not been able to stop funding of these organisations, which is being routed through the US,” a source said…”
US Admits Paying Al-Qaeda and ISIS Terrorists For Services Rendered In Syria
By Brandon Turbeville
Global Research, June 30, 2015 globalresearch.ca
“..When researchers such as myself have reported that the United States is funding al-Qaeda, Nusra, ISIS and other related terror organizations in Syria, we were not kidding. Still, despite the fact that even the U.S. government itself has admitted that it was funding terrorists– directly and indirectly through Saudi Arabia, the suggestion was met with disbelief, ridicule, or either entirely ignored.

Now, however, the United States government has admitted that it funds terrorists on the ground in Syria yet again, this time placing an individual dollar amount on the assistance provided.

According to the Pentagon, Syrian “rebels” being trained and “vetted” by the United States are receiving “compensation” to the tune of anywhere between $250 to $400 per month to act as America’s proxy forces in the Middle East. Reuters reports that the payment levels were confirmed by the Pentagon and also that the Secretary of Defense Ashton Carter and Navy Commander Elissa Smith both separately admitted the fact that these “new” terrorists are receiving a stipend…”

This is an on-going topic, which I’ll be sharing more later. Feel free to comment or share any thoughts. Stay tune for more!….