2 World Trade Center
The September 11th Attack 911research.wtc7.net
9/11 Attacks, from history.com
“Two of the planes were flown into the towers of the World Trade Center in … to as 9/11, the attacks resulted in extensive death and destruction, triggering major …

The Secret History of 9/11 – Full Documentary

This is the 1-hour version of our 1 ½ hour groundbreaking documentary 9/11: Explosive Evidence — Experts Speak Out which is available for purchase as a DVD in our online store at http://shop.ae911truth.org/DVD-Cased-&#8230; or as a download at http://www.911ExpertsSpeakOut.com.

See also the video of the Pledge Breaks by Shari Bernson and AE911Truth’s Richard Gage, AIA – interviewed on air in Denver, CO during this historic TV premiere of 9/11: Explosive Evidence – Experts Speak Out”. http://www.youtube.com?watch?v=sksg5w&#8230;

Colorado Public Television (cpt12.org), has courageously thrust themselves at the forefront of our nation’s public service media network. CPT12 aired this powerful and controversial film as a featured premium during their Summer fundraising campaign. The PBS national website then posted the re-broadcast which quickly became one of their “Most Watched” as well as “Most Shared” programs on PBS.

As millions of people are becoming aware that they haven’t gotten the whole story on 9/11, over 1700 architects & engineers are leading the way at AE911TRUTH, with dozens of these professionals giving testimonials in this documentary, putting their careers on the line in their demand for a new independent investigation. High-rise architects, structural engineers, scientists, physicists, chemists, scholars, educators, firefighters, forensic fire engineers, demolition experts and others also testify in this ground-breaking scientific assessment of the events at the World Trade Center.

The sudden, complete collapse of the third skyscraper,WTC Building 7 at 5:20pm on 9/11 at free-fall acceleration, is now being seen around the world as “the smoking gun” which disproves the official story about 9/11. These experts also introduce additional “overwhelming evidence” for a controlled demolition hypothesis of the three World Trade Center highrises – which raises many disturbing questions.

The film does not speculate – but does empathize with viewers by also introducing the professional perspectives of eight psychologists who explain some of the reasons why it is so hard for people to face the scientific evidence. This is the most scientific and compelling 9/11 documentary film to date….

Thanks for tuning in.

79-year-old retired CIA agent, Malcom Howard, has made a series of astonishing claims since being released from hospital in New Jersey on Friday and told he has weeks to live. Mr. Howard claims he was involved in the “controlled demolition” of World Trade Center 7, the third building that was destroyed on 9/11.

Mr. Howard, who worked for the CIA for 36 years as an operative, claims he was tapped by senior CIA agents to work on the project due to his engineering background, and early career in the demolition business.

Trained as a civil engineer, Mr. Howard became an explosives expert after being headhunted by the CIA in early 1980s. Mr. Howard says has extensive experience in planting explosives in items as small as cigarette lighters and as large as “80 floor buildings.”

The 79-year-old New Jersey native says he worked on the CIA operation they dubbed “New Century” between May 1997 and September 2001, during a time he says the CIA “was still taking orders from the top.” Mr. Howard says he was part of a cell of 4 operatives tasked with ensuring the demolition was successful.

Mr. Howard says the World Trade Center 7 operation is unique among his demolitions, as it is the only demolition that “we had to pretend wasn’t a demolition job”. He claims he had no problem going through with the deception at the time, because “when you are a patriot, you don’t question the motivation of the CIA or the White House. You assume the bigger purpose is for a greater good. They pick good, loyal people like me, and it breaks my heart to hear the shit talk.”

[John Kerry Admits WTC 7 Was Brought Down By Controlled Demolition]

But even he admits that now, looking back, “Something wasn’t right.”

“No good has come from this. This isn’t the America we envisioned.”

Explaining how the building was bought down, Mr. Howard says, “It was a classic controlled demolition with explosives. We used super-fine military grade nanothermite composite materials as explosives. The hard part was getting thousands of pounds of explosives, fuses and ignition mechanisms into the building without causing too much concern. But almost every single office in the Building 7 was rented by the CIA, the Secret Service, or the military, which made it easier.”

Mr. Howard explains that WTC 7 was “loaded with explosives in strategic places” in the month leading up to the day that changed the course of American history. On September 11th, while the North and South towers burned, fuses were ignited in World Trade Center 7, and nanothermite explosions hollowed out the building, destroying the steel structure, removing the reinforcements, and allowing the office fires to tear through the rest of the building, hollowing it out like a shell.

World Trade Center 7 collapsed into its own footprint at 5:20pm, seven hours after the destruction of WTC 1 and 2. The building shocked witnesses by coming down at the speed of freefall, indicating that it encountered zero resistance on the way down.

Mr. Howard and his colleagues had done their job.

“When the building came down, it was such a rush. Everything went exactly to plan. It was so smooth. Everybody was evacuated. Nobody was hurt in WTC 7. We were celebrating. We kept watching replays of the demolition, we had the whiskey and cigars out, and then all of a sudden the strangest thing happened. We all started to worry that it looked a bit too smooth. We watched the tape again and again and again and we started to get paranoid. It looked like a controlled demolition. We thought shit, people are going to question this. And then we heard that people from the street were reporting that they heard the explosions during the afternoon. When we were told that the BBC botched their report and announced to the world that the building collapsed 20 minutes before it actually did… At that point we really thought the gig was up.”

Get Updates by Subscribing here on my website: https://www.seekingthetruth.info

Fan Funding can be accepted on Patreon. You can visit my profile here: https://www.patreon.com/truthseeker

Copyright Disclaimer Under Section 107 of the Copyright Act 1976, allowance is made for “fair use” for purposes such as criticism, comment, news reporting, teaching, scholarship, and research. Fair use is a use permitted.
“Fair Use” guidelines: http://www.copyright.gov/fls/fl102.html..&#8221; 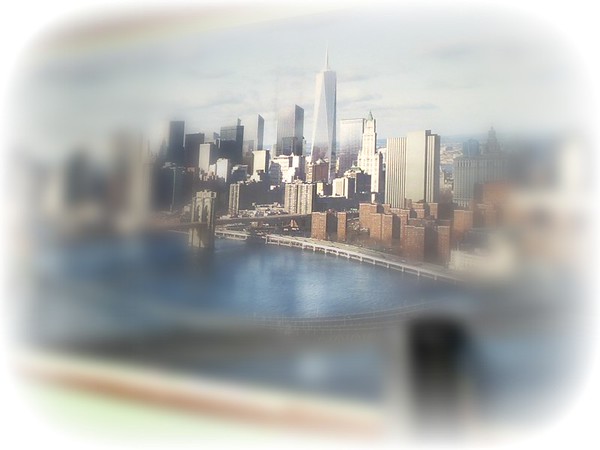