What Does the Bible Say About Aliens? – OpenBible.info

http://news.yahoo.com/virgin-galactic-spaceship-crashes-during-california-test-flight-184004824–finance.html
“..The crash of the vehicle, undergoing its first powered test flight since January over the Mojave Desert, 95 miles (150 km) north of Los Angeles, came days after another private space company, Orbital Sciences Corp, lost a rocket in an explosion moments after liftoff in Virginia…”

Russia Threatens Obama to Reveal Alien Presence or They Will

EXCLUSIVE FOOTAGE:- Watch it before its DELETED from Facebook.

This is the video that they are ERASING off the internet. Facebook has been Asked to DELETE.

SHARE IT before it gets Deleted. Make this go Viral Now.
——–>>>>> http://goo.gl/mYqpBB
PEOPLE MIGHT SAY ITS FAKE BUT BELIVE IN THEM AS

WERNHER VON BRAUN
http://www.bibliotecapleyades.net/sociopolitica/esp_sociopol_mj12_29.htm
From 1937 to 1945, von Braun was the technical director of the Peenemünde rocket research center, where the V-2 rocket – which devastated England – was developed. As noted previously, his dossier was rewritten so he didn’t appear tohave been an enthusiastic Nazi.
Von Braun worked o­n guided missiles for the U.S. Army and was later director of NASA’s Marshall Space Flight Center. He became a celebrity in the 1950s and early 1960s, as o­ne of Walt Disney’s experts o­n the “World of Tomorrow.”
In 1970, he became NASA’s associate administrator.

*fake
http://exopolitics.org/nasa-caught-deleting-data-from-mars-curiosity-rover-images/
“..Other whistleblowers have also come forward to claim that NASA and affiliated government agencies have a policy of destroying or altering photos that reveal artificial structures on the moon or in space. Karl Wolfe, for example, claims that he witnessed NASA, the NSA and the US Air Force cooperating to remove such structures from Apollo and satellite imagery when detected. At a highly classified military facility Wolf says he was shown NASA images by a colleague revealing a base on the far side of the moon:..” 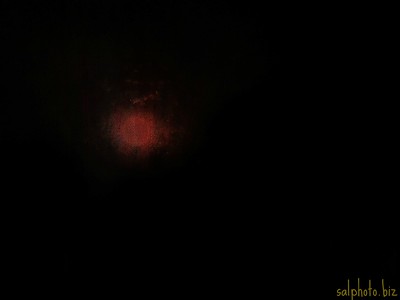 Is Pluto a Planet?
By Dr. Danny Faulkner at Answers in Genesis | December 18, 2014
http://kirkcameron.com/pluto-planet/

Did God create life on other planets?

by Gary Bates creation.com
Otherwise why is the universe so big?

“… Those who believe life evolved on the earth usually see it as virtual ‘fact’ that life has evolved on countless other planets. Discovering life on other planets would in turn be seen as confirming their evolutionary belief.

But even many Christians think, ‘God must have created life elsewhere, otherwise this enormous universe would be an awful waste of space.’ In my experience, this seems to be the major underlying reason why people think that there must be other life ‘out there’. However, our thinking should be based on what God said He did (the Bible), and not what we think He would, should or might have done.

Firstly, since God is the one who made the universe, it can scarcely be ‘big’ to Him. Humans struggle with its vastness because our comprehension is limited to the created time/space dimensions within which we exist, and it is mind-bending to try and comprehend anything beyond our dimensional existence. Size is only relative to us as inhabitants of this universe. And size and time are related somewhat. Because the universe is big to us we consider how long it would take us to travel across it, for example. But, time itself began with the creation of the physical universe, so how can we comprehend what eternity is, or might be? What was ‘before’ the universe? Similarly, how do we imagine how ‘big’ God is? We cannot use a tape measure that is made of the very atoms He made to measure Him. One example of this might be if you were asked to build a small house and you did. Now you are asked to build a large house. In our dimensions, for you to build the larger house it would require more effort and take more time. So, is it harder, or does it take longer for God to build a big universe compared to a smaller one (according to our perspective on what constitutes large or small of course)? Of course not, because He isn’t bound by time and space (which He created). Isaiah 40:28 says; ‘… the everlasting God, the LORD, the Creator of the ends of the earth, does not grow weak nor weary …’. ..”

http://www.latimes.com/science/sciencenow/la-sci-sn-ceres-pyramid-bright-spots-dawn-nasa-dwarf-planet-20150626-story.html
The pyramid-like mountain isn’t associated with any bright spots, but bright streaks run top to bottom on some of the slopes, he said.

He determines the number of the stars
and calls them each by name.-Psalm 147
https://www.biblegateway.com/passage/?search=Psalm+147

Chuck Missler – Return Of The Nephilim_ UFO’s_ Aliens & the Bible