What Really Caused World War 1? threeworldwars.com
The True Cause of World War 1
“..It was known that the very wealthy were interested in involving the American government in that war, and Secretary of State William Jennings Bryan was one who made note of this. “As Secretary [Bryan] had anticipated, the large banking interests were deeply interested in the World War because of wide opportunities for large profits. On August 3, 1914, even before the actual clash of arms, the French firm of Rothschild Freres cabled to Morgan and Company in New York suggesting the flotation of a loan of $100,000,000, a substantial part of which was to be left in the United States, to pay for French purchases of American goods.”..

In memory of all those that sacrificed so much without ever knowing the truth. The German Austrian Hungarians needed to build their railway through Serbia to access the Ottoman Oil fields. Britain, France and Russia needed to stop them. The failure of the Germans to break through at Gallipoli and the fall of Mosel in Nov 1918, meant it was all over…”
The Truth About World War I: The Hidden History , from youtube.com
“.Published on Nov 11, 2014

The hidden history of World War One: how and why the West almost committed suicide, and how far the shadows of the Great War stretch into the present – and the future.

Freedomain Radio is 100% funded by viewers like you. Please support the show by signing up for a monthly subscription or making a one time donation at: http://www.fdrurl.com/donate

Get more from Stefan Molyneux and Freedomain Radio including books, podcasts and other info at: http://www.freedomainradio.com..”


How the International Bankers Conspiracy Formed Banks, Suppressed History and Caused Wars, Assassinations and Depressions , from trueconspiracies.com
THE LIE OF THE (LAST) CENTURY
By Michael Rivero whatreallyhappened.com
“There is nothing new in a government lying to their people to start a war. Indeed because most people prefer living in peace to bloody and horrific death in war, any government that desires to initiate a war usually lies to their people to create the illusion that support for the war is the only possible choice they can make.
…”

More Real History Revealed: The REAL Reason Behind World War II: Hitler’s Freedom From International Debt Slavery! Monday, February 7, 2011 northerntruthseeker.blogspot.com
“…We do not believe that there is a world plot in place by those of the Jewish faith to dominate the world. We do however suspect that there is a plot in place by the major financiers and financial institutions, to control. We don’t necessarily agree with all the points made in the article you are about to read, but it certainly does raise some interesting points. We offer this article to our readers as an alternative viewpoint, intended to stimulate discussion. PTE…
Hidden History Of How
World War II Came To Be
By Kenneth McKilliam
1-24-8 w.rense.com
“…’The Israelite people of the entire world declare economic and financial war on Germany. The appearance of the Swastika as the symbol of the new Germany revives the old war symbol of the Jews. Fourteen million Jews stand as one body to declare war on Germany. The Jewish wholesale dealer leaves his business, the banker his bank,..”
Justice for Germans justice4germans.com
“..In 1934 the leader of Poland’s government was Marshal Jozef Klemens Pilsudski and at that time Adolf Hitler was the Reichskanzler (German Chancellor); their relationship was quite congenial—so much so, that they signed a German-Polish Non-Aggression Pact on January 26, 1934. The congenial relationship changed for the worse, when the old Marshal of Poland died on May 12, 1935.

The man who succeeded Pilsudski as Marshal of Poland in 1936 was Edward Ryzd Smigly, and he did not share the desire to maintain good relations with Germany. In fact in 1930 he made the statement: ..”
Hitler’s War – What the Historians Neglect to Mention

Hitler’s War: What the Historians Neglect to Mention. An English translation of “Hitlers Krieg? Was Guido Knopp Verschweigt” by Alphart Geyer (Germany 2009). This is a 96 minute long “Made in Germany” underground documentary film. It’s the first documentary ever to unabashedly explain from the German perspective, how World War II really began, and the many efforts that were made by Hitler to avoid it, and to establish a lasting, viable and mutually acceptable peace, but how he was ultimately left with no choice but to invade Poland. It documents many facts that have been deliberately left out of the “official narrative” as presented by the victorious Allies, which we have all been taught since 1945, and which Germans especially have been constantly reminded of since the war ended; with the blame entirely upon Germany’s shoulders. Many of the claims of the Allies that have been widely accepted as fact are refuted here as patently untrue, distorted, or ignored completely…”
The Greatest Story NEVER Told – The Untold Story of Adolf … thegreateststorynevertold.tv

China to send elite army unit to help fight Ebola in Liberia
BEIJING | By Megha Rajagopalan Health | Fri Oct 31, 2014 9:17am EDT reuters.com
“China will dispatch an elite unit of the People’s Liberation Army to help Ebola-hit Liberia, the Foreign Ministry said on Friday, responding to U.N. calls for a greater global effort to fight the deadly virus in West Africa….

US sends aid and military support to typhoon Haiyan victims in Philippines Monday 11 November 2013 11.53 EST theguardian.com
The US has joined the international effort to send aid to those affected by the catastrophic storm
“The US government has joined nations around the world in pledging assistance to storm-devastated regions of the Philippines, where as many as 600,000 people have been displaced by Typhoon Haiyan.

Here is a look at the agencies involved in the relief effort:
US military

As the storm bore down on Friday, US Defense Secretary Chuck Hagel directed the military’s Pacific Command to deploy ships and aircraft to the Philippines. An advance team of 90 sailors and marines normally stationed on Okinawa arrived on Sunday. They are distributing food, water and generators….

What does the Bible say about War?

What About War in the Bible? | Vince Vitale

Oxford theologian Dr. Vince Vitale sheds some light on war in the Old Testament. The reading for this sermon was 2 Samuel 10.

Vince is co-author alongside Ravi Zacharias of “Why Suffering: Finding Meaning and Comfort When Life Doesn’t Make Sense.” https://www.rzim.org/whysuffering 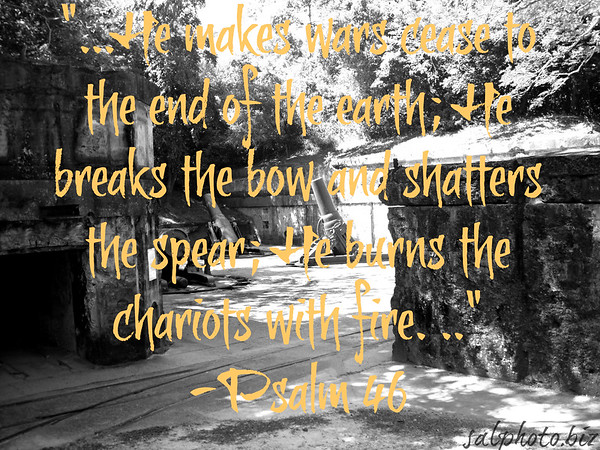 “We Trust in God”

“Battle Belongs to the Lord” 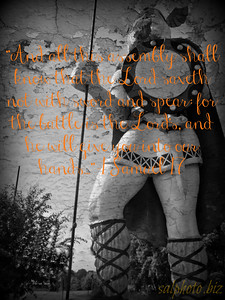 “Put your sword back” 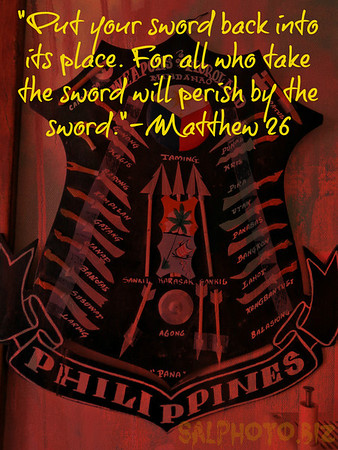 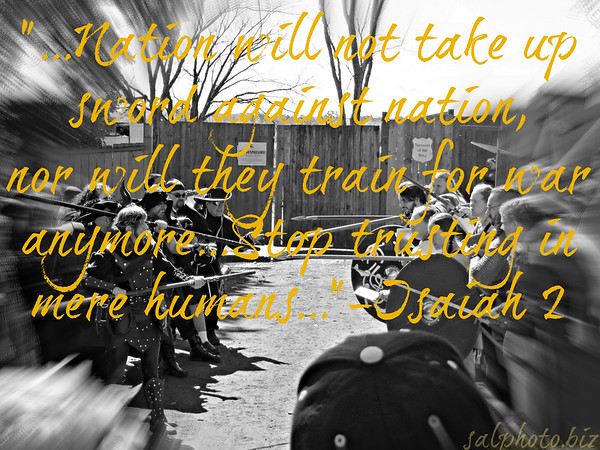 *see Peacemaking: How to do it? goodnewseverybodycom.wordpress.com